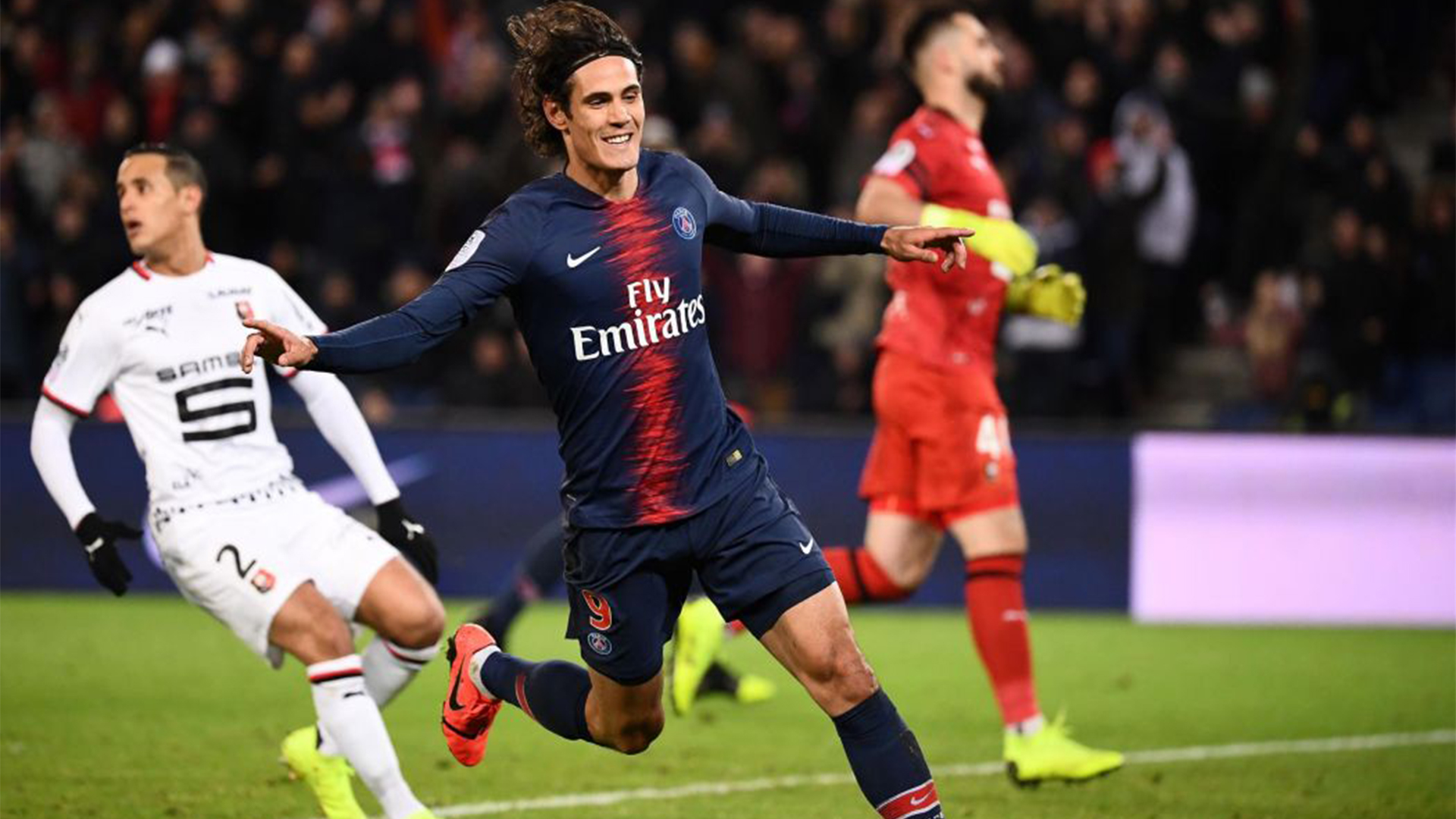 Neymar was missing against Rennes after suffering a recurrence of a metatarsal injury in a French Cup win over Strasbourg in midweek.

Without him, Cavani scored twice either side of goals from Angel Di Maria and Kylian Mbappe as PSG stayed unbeaten in Ligue 1 this season and went 13 points clear again from second-placed Lille with two games in hand.

Neymar missed the last three months of last season after suffering a fracture in the same foot last February. Le Parisien reported on Sunday evening that he had now suffered another “hairline” fracture.

Tuchel said he could not confirm that, but accepted it would be “super difficult” for Neymar to be ready in time for the Champions League last-16, first leg at Old Trafford on February 12.

“It is still too early to talk about a return date because we need to wait and see how ‘Ney’ reacts to treatment to be more precise,” he said.

Brazil team doctor Rodrigo Lasmar is expected to visit the world’s most expensive player on Monday, with the Selecao thinking ahead to the Copa America, which they will host in June and July.

Tite in crowd
Brazil coach Tite and national team coordinator Edu were in attendance at the Parc des Princes at the start of a European tour to check on the form of some of their key players, but it is unclear what they will have taken from PSG’s victory.

While Neymar was absent, his compatriots Marquinhos and Daniel Alves were played out of position in central midfield due to a lack of other options available to Tuchel.

PSG are hoping to complete a deal to sign the Argentine midfielder Leandro Paredes from Zenit Saint Petersburg, and have also been linked with a move for Everton’s Idrissa Gueye before the January transfer window closes.

On the field, PSG won a game played in a rather flat atmosphere, with one end of the stadium partially closed as a punishment following incidents during a game late last year.

Cavani’s headed opener was cancelled out by Mbaye Niang just before the half-hour, and Rennes were arguably the better side in the first half.

However, Tuchel was raging after Niang escaped with a yellow card for a dangerous challenge on Thilo Kehrer. The referee upheld his decision even after a VAR review.

Nevertheless, PSG ran away with the game after the break, going back in front on the hour mark when Thiago Silva sent Di Maria through to clip a delightful finish over goalkeeper Tomas Koubek.

When Clement Grenier was caught in possession, Julian Draxler released Mbappe to score his 18th league goal of the campaign and make it 3-1.

PSG completed the scoring in the 71st minute when Mbappe squared for Cavani to grab his second of the evening and 16th league goal of the season, making it 15 goals in three home wins for Paris in nine days.

“We reacted well after a very difficult first half against a very brave side,” said Tuchel.

With their Champions League last-16 first leg against Barcelona looming on the horizon, Lyon remain third in Ligue 1, three points behind second-placed Lille.

Lille won 2-1 at Marseille on Friday, while struggling Monaco slumped to a 2-0 defeat at relegation rivals Dijon on Saturday in their first game since Thierry Henry was sacked as coach.

Henry lasted just three months in charge before being replaced by his predecessor Leonardo Jardim, who watched Saturday’s game in the stands in Dijon. Monaco remain three points from outright safety.