Why I married late – Chiwetalu Agu 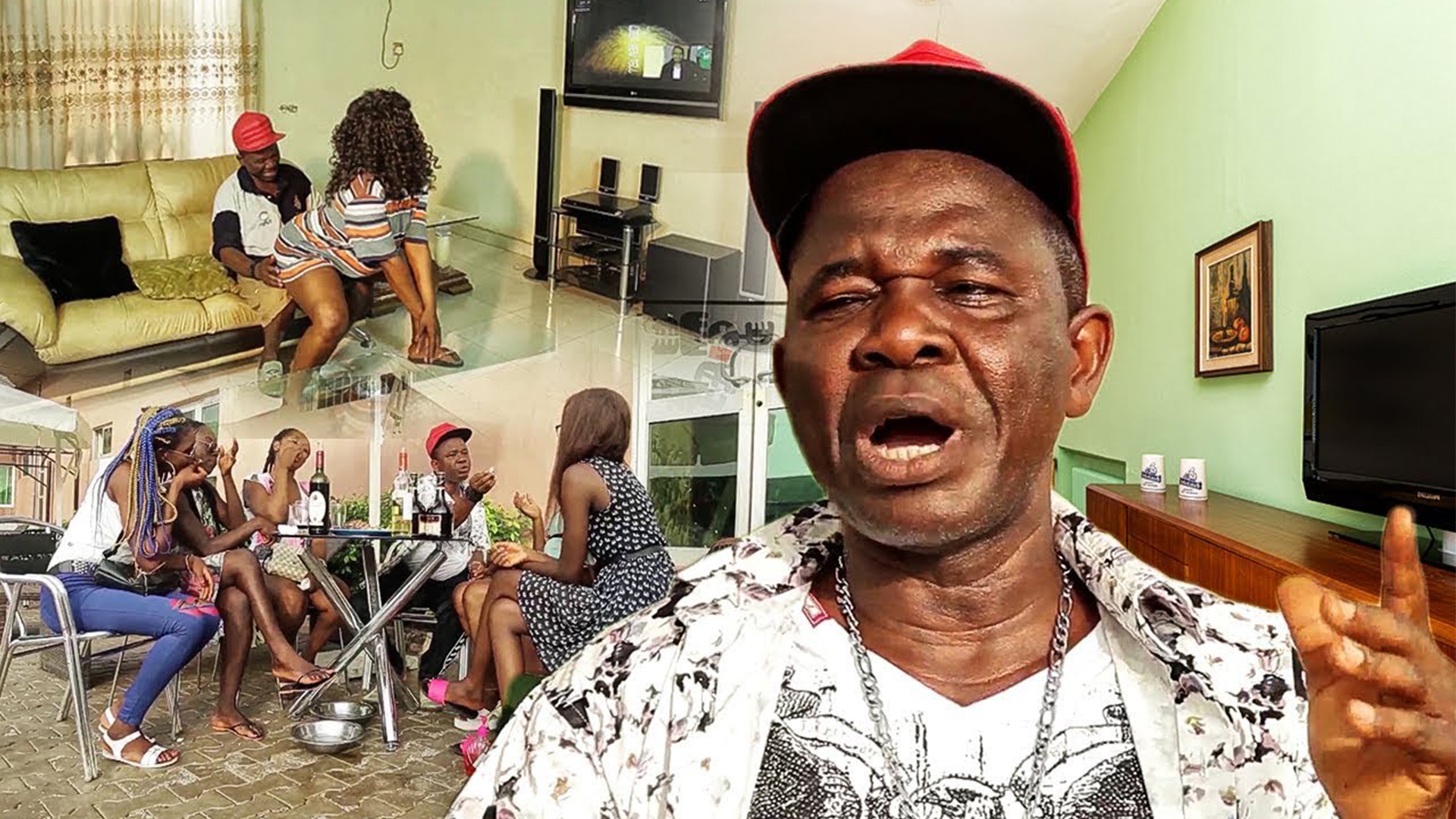 He’s known for his wicked roles in movies, but Chiwetalu Agu has a heart of gold. He’s one of the most prominent comedians in the Nigerian movie industry. Before he got married to his wife, Nkechi, the comedian, whose use of unique slangs and phrases endeared him to many lovers of Nigerian movies, confessed that he faced a lot of challenges, which has, today, defined who he is. And looking back, Chinwetalu can only be grateful to God for giving him the woman of his dream. He shares his marriage story, revealing how his wife has vowed to marry him in her next world.

How I met my wife

I met my wife, Nkechi in Lagos. She hails from Mbaise, Imo State. My kinsman; Jeffrey Agu, a former police officer, then saw my wife in one of the Pentecostal churches in Olodi, Apapa, where he had gone to worship. When he returned home, because he was living with me at that time, he told me that he had seen a wife for me. This was after I had rejected many women. I remember how each time I went to a man of God with names of women to ascertain if anyone of them would be my wife, the answer had not always been favourable. But when I met my wife, I immediately fell in love with her. I brought her to my house in Idumota and, within one month, I got her pregnant. She was afraid that I would behave like some of the young men who would deny whenever they impregnate women. But the reverse was the case. When she told me that she was pregnant for me, I cuddled her, kissed her and put her on my laps. I said to her, ‘So from you I would become a father. I would celebrate you.’ That was it. Today, God has blessed us with five children, three boys and two girls. Above all, my wife is very hard-working.

There was nothing like courtship because I married late. I had no time for courtship. I was praying to God to give me my own wife. So, there was no time to play hide-and-seek game; watching her character and all that. I asked God to plant those ideals I wanted in a woman somewhere so that when I see her, I would have no doubt in my mind that she’s my wife. That way, I would not go through a long process. And God gave me a woman of my dream. My children too are very brilliant kids. So, I’m grateful to God.

Before I met my wife

I started my acting career in 1981. There was no Nollywood when I started acting. I lived as a bachelor between the 80s and early 90s before talking of meeting my wife. I married late because I was busy taking my sick father around, looking for cure to his eye problem. I had to abandon the script I wrote after featuring in ‘Things Fall Apart’ which I titled, ‘The Advocate’, back then at the NTA Enugu to take care of my father.

Why I married late

I travelled home to find my father blind. It took me one year to use orthodoxy means to find solution to his ailment. For six months, I booked him for prayer all to no avail. At a point, my age mates at home and abroad were advising me each time they returned home to leave my father to his fate. They urged me to go out there and look for my own future. They said “my father has lived his own life and I should go out there and live mine”. After staying at home for more than two years, I had to beg my father to allow me to return to the city. It was with mixed emotions that he allowed me to return to Lagos. I was the only child out of his eight children that was taking care of him. My other siblings were thinking more of themselves than my father’s predicament. When my dad refused to allow me return to the city, I approached some of his close friends and associates who pleaded with him to allow me to return to the city.

There was a woman my father wanted me to marry. She was the Chief Protocol Officer at the old Anambra State. But because she was older than me, I told my father that there was no way I would marry a woman who was older and richer than me. It would mean enslaving myself forever. But my father insisted, believing that she would be of great help to me. Reluctantly, I visited the woman one day. And while I was in her house, there was power interruption, and she asked a young man who was taller than me to go and change the power source to generator. The young man happened to be a son she had out of wedlock. However, after I made my intention known to her, she promised to think about. While leaving her house, I made up my mind that I would never to go there again. Today, God has compensated me and I am a father of five children. Some of my mates who married before me, and were doing well then, are today sending their children to me for help. This is the irony of life.

Was I comfortable when I met my wife?

Yes, I was comfortable. She was studying business and secretarial studies in a polytechnic. Then she was involved in petty trading to raise money for her education. But when I married her, I made her to stop trading, promising to sponsor her education. I practically remade her. How my wife feels after watching my films She often bursts into laughter. She enjoys watching my comedy roles in movies more than anybody else across the world. She would laugh uncontrollably as if she has won a raffle draw. And she has vowed that in her next world, she will marry me.