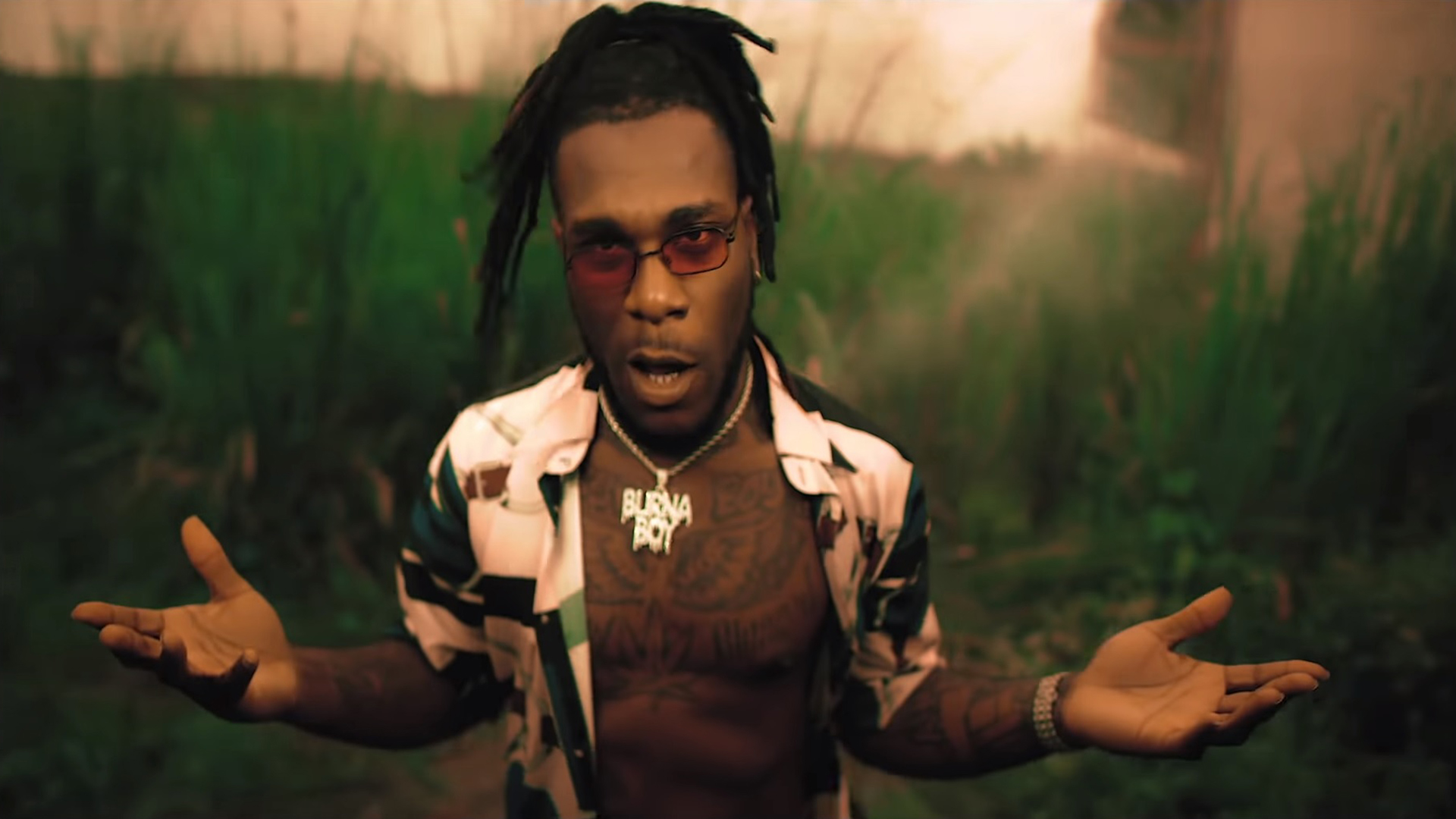 Burna Boy
The year 2018 was indeed a great one for Afro-Pop singer Damini Ogulu, otherwise known as Burna Boy. It was the year he took the industry by the storm, winning awards and recognitions both home and abroad.

In recognition of his exploits, YouTube ran a 3-month campaign that focuses on Burna Boy as a global Artiste on the Rise. The programme was initiated to promote a diverse lineup of relevant and revolutionary new voices in music, cut across all genres, and connect them with their fans worldwide through in-product promotion and programming, out-of-home, social and fan events at YouTube Spaces.

Earlier in January, the Burna began the year of a high as he clinched the most wins at the 2019 Soundcity MVP Awards with four plaques, including African Artiste of the Year. He also took the Song of the Year, Listener’s Choice and Best Male MVP at the award show held in Lagos.

Just when many thought Burna was done with his day in the sun, the Rivers State native landed a major endorsement deal with Nigerian Breweris Plc; he was unveiled as the first ever brand ambassador for Star Lager. Of course, the announcement was greeted by positive sentiments by fans of the singer, as well as consumers of the beer, with a plethora of people commending the brand for recognising Burna’s immense success and rewarding him with a landmark endorsement deal.

Held at the CIRCA, Lekki, the announcement of Burna Boy as brand ambassador comes after a remarkable year for the music star in 2018, including headlining his own sold out concert, as well as being listed as one of only two African acts to perform at the prestigious Coachella Festival.

Speaking on the development, Burna Boy said, “Star is one of the most reputable brands in the country, and I am thrilled to be able to join the Star family. I often try to entertain and inspire with my music and this is a brand value I feel I can communicate with this new association. I have always been a huge fan of the brand and I believe together we can inspire Nigerians to shine on to the brighter side of Life.”

Speaking on the unveil, Marketing Director, Nigerian Breweries Plc, Emmanuel Oriakhi, expressed his delight at bringing on Burna Boy to the brighter side with Star,

“We have always had strong interests in Nigerian music. The talent and the potential for greatness that our music industry possesses is truly immense. Burna Boy is, without a doubt, one of the biggest music exports from the shores of West Africa. With this new brand association, I believe we have the opportunity to use this relationship to tell the Star story and position Star as the leading brand for the aspirational Nigerian who believes he can take on the world. We are excited about this collaboration and we look forward to a very productive 2019 with Burna Boy.”

After kicking off 2018 with the launch of the Outside album, Burna boy set the tone for the year by releasing chart-topping singles that garnered major airplay across various media channels. His fan base and following also grew astronomically, as he continued to stake his claim as the king of the new school Afrobeat sound.

Over the years Star Lager has been one of the leading brand supporters of Nigerian music, hence the decision to forge this association with Burna Boy, further cementing the brand’s position as key players in the Nigerian entertainment scene.

Being one of the few indigenous companies to have been in existence before Nigeria’s independence, the brand’s long-standing relationship with its consumers has always been strong, as the brand constantly promotes and celebrates the Nigerian spirit.

No doubt, the signing of Burna Boy opens another interesting chapter for the brand, as Burna becomes the first person to be signed on as brand ambassador. Despite this being relative new territories for Star, the beer brand have been long standing supporters of Nigerian music.

It would be recalled that the brand’s effort in the music industry includes hosting one of the first music talent shows in Nigeria, Star Quest. The talent show paved the way for budding artistes in the industry, including the likes of KC Presh, who were the first winners. Both artistes went on to have considerable success in the music industry. That edition of Star Quest also featured the likes of Asa, Klint the drunk and The Natives, all of which went on to have very commendable careers in the entertainment scene.

The brand also put together some of the biggest music shows Nigeria has ever seen, through its Star Mega Jam. These included a series of music concerts in Nigeria held annually from 2000 to 2010, featuring acts such as Awilo Logomba, Shaggy, Usher, Koffi Olumide, 50 Cent, Ja Rule and Kevin Lyttle, LL Cool J and Akon, Kanye West, T-Pain, Nelly, Nas, Busta Rhymes, Ludacris and others.

Prior to the unveiling of Burna Boy as Brand Ambassador, the brand had previously sponsored the Burna Live concert, in which over 4,000 fans were thrilled by the Afrobeat sensation. The sponsorship of the Burna live concert was part of a series of A-list musical concerts, which Star Lager sponsored during the month of December 2018.

Born in Port Harcourt on the 2nd of July 1991, Burna Boy whose real name is Damini Ogulu hails from Ahoda Local Council of Rivers State. After being heavily influenced by Afrobeat as a teenager, he launched his musical career in 2010, crafting a unique style inspired by reggae, dancehall, and Afrobeat. His distinct style instantly caught the attention of Nigerian music fans, and soon, the young man from Ahoda had the world listening to his catchy melodies and records.

He initially came through the underground music scene with compilation projects such as Burn Notice and Burn Identity, before gaining mainstream attention with the 2012 release of the song Like To Party, which instantly became a hit and gained massive airplay. The following year, he released his third Studio album, L.I.F.E, before following up with critically acclaimed albums such as On A Spaceship and Redemption.

All through this time, Burna had already carved a niche for himself as one of the most unique and talented artistes in the industry, with his trademark blend of reggae, dancehall and Afrobeat, constantly delighted fans across the nation.

However, the release of Outside in 2018 set Burna apart, paving the way for him to have an unforgettable year and ensuring his already beaming light, shone even brighter. The last 12 months have seen Burna earn international acclaim for the record-breaking album.

He has also collaborated with American Band – Fallout Boys, American electronic dance music group – Major Lazer and  British singer – Lilly Allen. Burna Boy’s success is proof that talents from Africa can achieve global acclaim and international success. This is an idea that Star Lager shares and the brand will be looking to exploit this theme through its relationship with Burna Boy.

This association marks the beginning of an interesting relationship between Star and Burna Boy. For sure, fans are clearly excited for what the future holds for these two exciting brands.