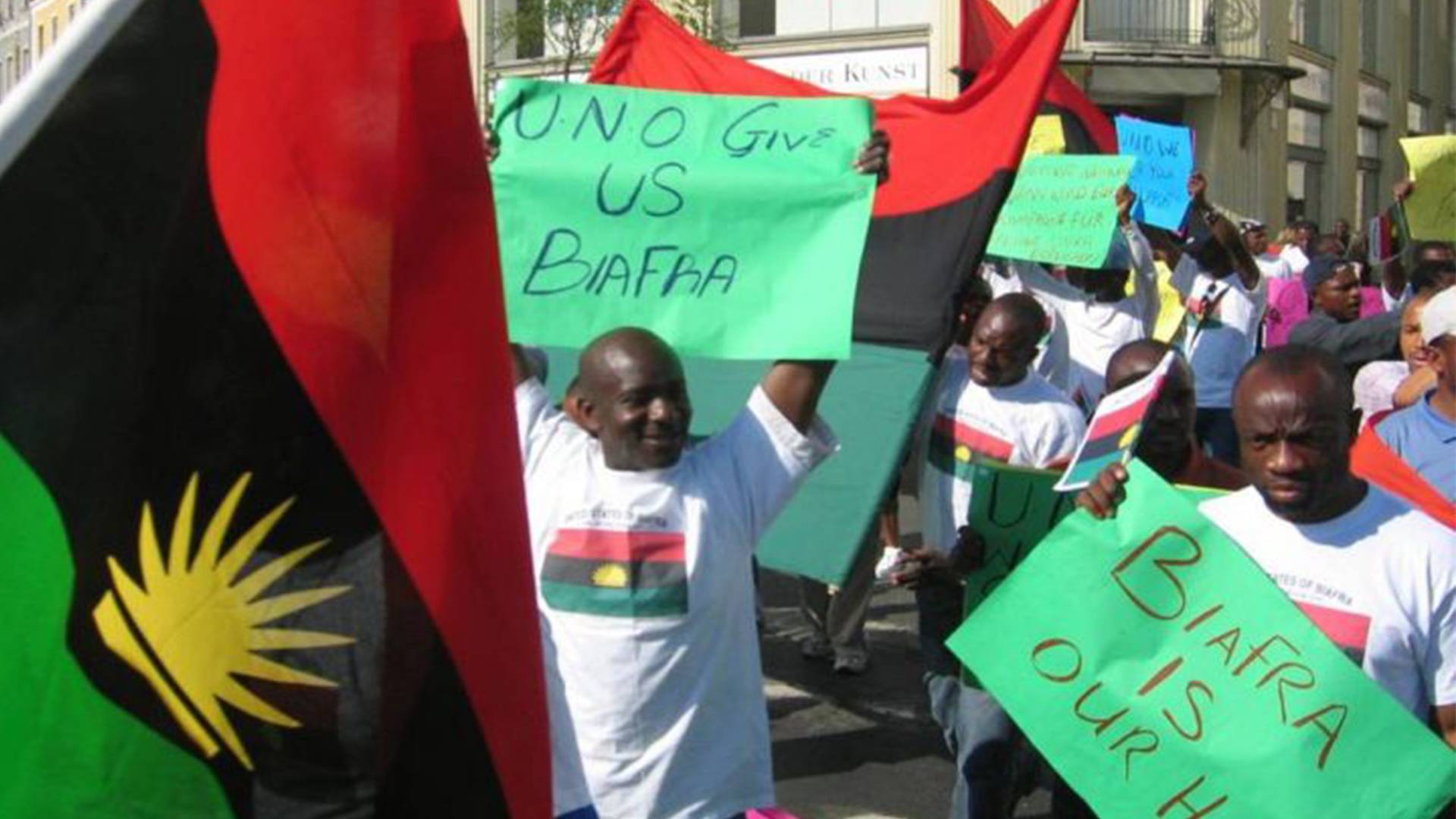 The Indigenous People of Biafra ( IPOB ) has urged its members and those that support the call for the realization of the Sovereign State of Biafra to sit indoors on the 16th of February, the day for the Presidential and National Assembly elections.

According to the pro-Biafra group, February 16 has been marked out as a day for Biafran Referendum in Biafra land.

In a statement by Comrade Emma Powerful, the Publicity Secretary of the group, IPOB stated that any person or persons who ventured out on that day would be seen as supporting the continued suffering, kidnapping, abduction, killing, massacre and total marginalization of the Biafran people.

Part of the release reads: “Following the much expected date for Biafra referendum which is now scheduled to hold its first run on 16th February 2019 alongside the Nigeria presidential election on same date, we the Indigenous People of Biafra (IPOB) wish to categorically declare that anybody who did not stay indoors or happens to venture outside on the day of presidential election would be regarded as having voted against Biafra. Such person or persons would be seen as supporting one Nigeria and responsible for the continued suffering, kidnapping, abduction, killing, massacre and total marginalization of our people.

“February 16, 2019 is a rare and golden opportunity to make an everlasting impression on the world stage that we Biafrans are prepared to sacrifice everything sacrifice-able, including the position of the vice presidential, to prove to humanity that we value our freedom more than any earthly or material consideration. Our quest for Biafra has gone beyond the point of no return. In order to live as free men under God in a new republic of Biafra, we must not only stay indoors on the 16th of February 2019, we must ensure that Biafra land is completely locked down. Anybody or family found outside on Election Day will perpetually suffer the ignominy of being labelled a traitor; a burden that family will bear for eternity.

“We are mindful that Nigeria is one giant fraudulent cave where ethnic nationalities are held down in bondage in an unworkable artificially created purgatory. We are therefore cautioning every hungry Fulani slave across Biafra land and their new recruits who intend to come out on that day, to quickly retrace their steps, because IPOB will not take lightly any attempt by these shameless quislings to scuttle this hard-fought battle to set the people free.

“It doesn’t matter who you are or what position you think you occupy in society, once you support Nigeria, you become an enemy of the people.

“Setting foot outside your door on February 16 for Nigeria election will be validating repeated refusal by Federal Government of Nigeria to site any capital projects in Biafra land. You will be the reason why this Fulanised APC government had the temerity to bring Operation Python Dance to our land whereas Fulani herdsmen who are busy slaughtering innocent souls are given preferential treatment and army protection.

“Stepping outside on the 16th of February will mean that Enugu-Onitsha Express way, Enugu-Igweocha Express way and Second Niger Bridge will never be built. You will be the reason why all seaports and airports in Biafra land will never function. You will be the reason why high cut-off mark discriminates against our gifted children while northern kids make it to Unity Schools with little or no score at all.”