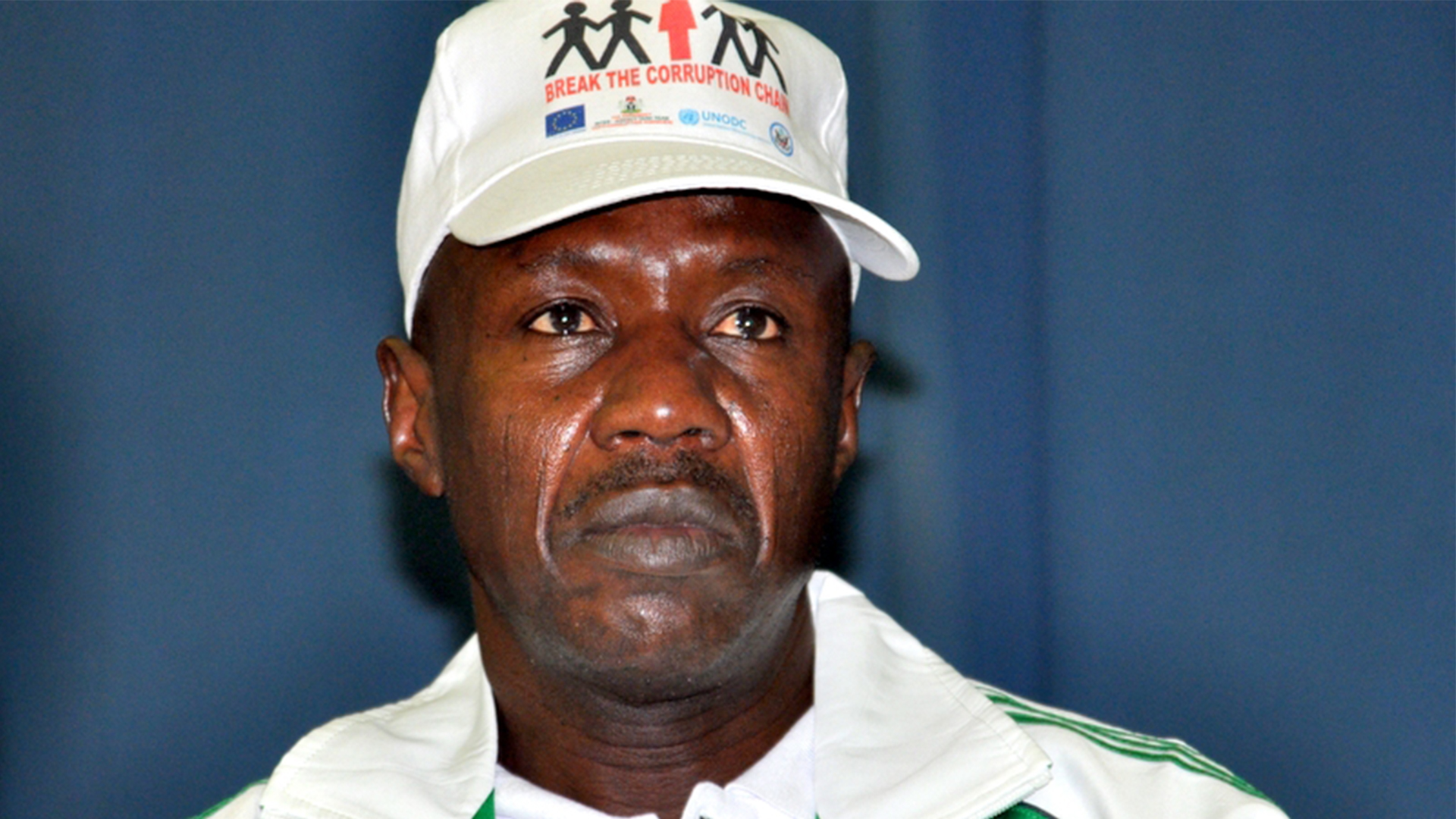 The acting Chairman of the Economic and Financial Crimes Commission, EFCC, Ibrahim Magu, has condemned the increasing wave of illicit financial flows and vote buying during elections in the country. He spoke in Lagos during a round table with managing directors of financial institutions in Nigeria with the theme: “Roles and Obligations of Managing Directors of Banks in Nigeria in Curbing Vote Buying During Election, Illicit Financial Flows and Other Related Matters in Nigeria”.

The EFCC Chair, in his address, recalled that the Governor of Central Bank of Nigeria, CBN, Godwin Emefiele, during a meeting with Bankers’ Committee sometime in September 2018, made a commitment to work with the EFCC and the banks to curb this menace.He said illicit financial flows would reduce the amount of resources available to the government to provide critical social services to the citizenry.

According to the anti-graft czar, vote buying during elections would prevent credible candidates from running for political offices, adding that “in Nigeria, vote buying has reached an alarming proportion to the extent that politicians have now spread their tentacles to election officials, security agencies, election observers and even the media.”Magu lamented that the illicit financial flows out of the country was on the increase and that politicians were still “perpetrating and trying to finalise their acts of vote buying.

“It is also worthy of note that illicit financial flows during election are a common denominator and can be tied to vote buying. Politicians either bring in money to further their cause or try to export money to their cohorts outside the country to get them to influence the elections in one way or the other,” he added.

According to him, “It is worrisome to note that in 2018, statistics available to the EFCC shows that out of about 28 commercial banks in Nigeria, 10 banks evacuated out of Nigeria through Travelex Nigeria Limited the sums of GBP- 50,832,560; USD-8,057,756; EURO-39,986,560 and RAND-7,500,000. The reasons for these evacuations are still sketchy. We must note that the impact of illicit financial flows from the country undermine the stability and integrity of the financial institutions.”

The EFCC boss also expressed concern that the culture of large cash transactions was still being allowed in some banks, adding that there was no commensurate reporting of those transactions to the relevant agencies.

The banks, he said, still operate accounts without BVNs, and have remained complacent in reporting those accounts to the relevant authorities, or freeze the accounts in accordance with the CBN policy.“The banks are rather complacent in dealing with Crypto-currency or bit coins as the case may be and have not taken measure to monitor such transactions or put adequate surveillance on such accounts. The banks are observed to still hold customers accounts in their suspense accounts, making it difficult for law enforcement agencies to trace and have access to those funds,” he observed.

According to him, intelligence reports have shown that banks are aiding their customers to receive foreign financial inflows to their accounts in neighbouring countries, where they have branches like Ghana, Republic of Niger and other West African countries.

“The money is then couriered into Nigeria through the land borders to circumvent declaration and reporting,” he stated.He added that banks had the habit of under-reporting transactions in some cases while carrying out defensive filing of transactions after they had been consummated.

Describing them as “gatekeepers”, Magu said no country could control illicit financial flows without the cooperation of financial institutions.He, therefore, charged the managing directors to join hands with the Commission to save the country from being hijacked by criminals.