Ballot box snatchers’ll be dealt with – Chief of Army Staff 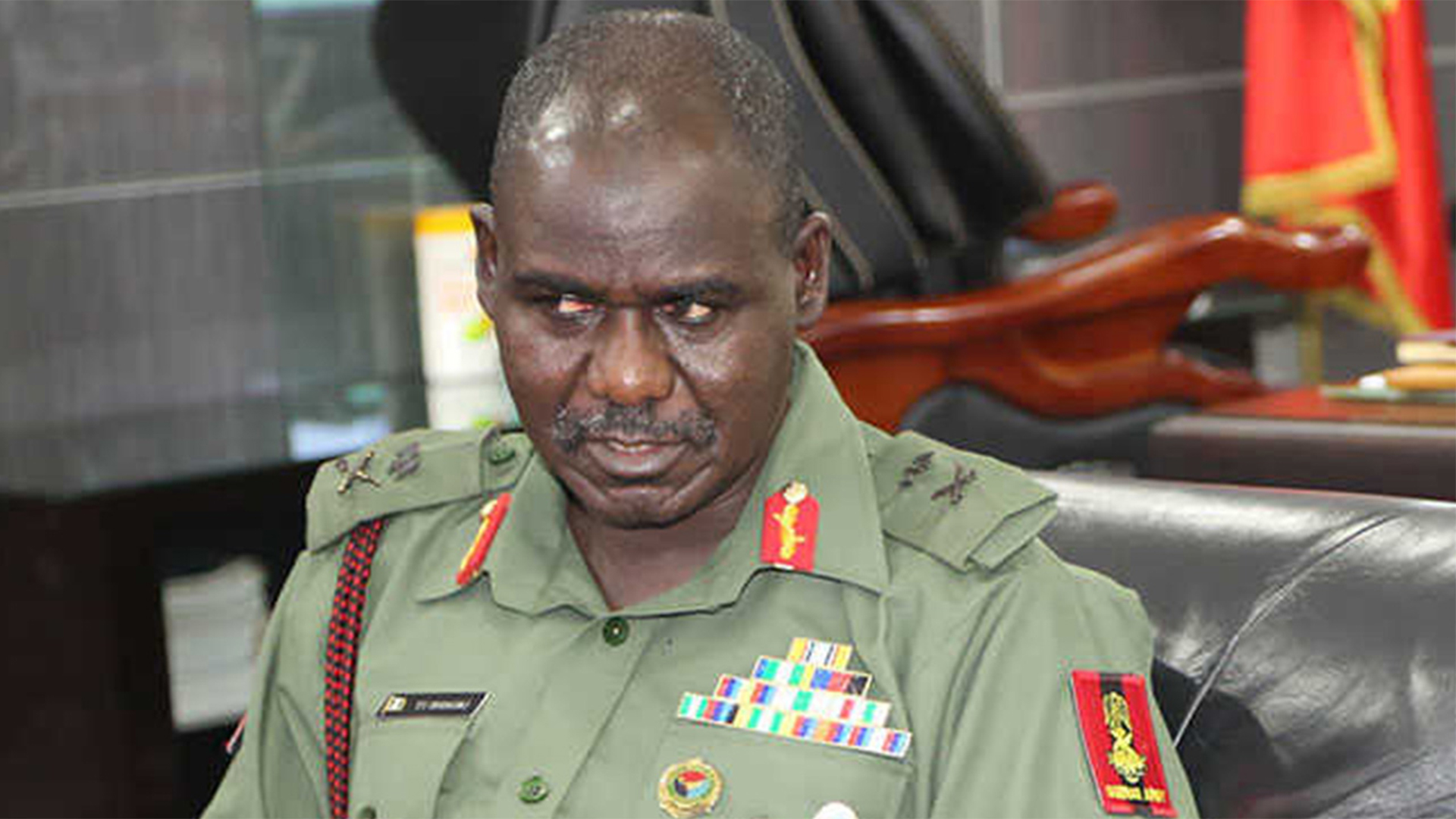 MILITARY officers with divided loyalty were yesterday ordered to resign.

Gen. Buratai spoke as the Army renewed its pledge to constituted authority, stressing that it will not disobey orders.

Besides, it vowed to deal with “those who seek to undermine our democracy by interfering in our electoral process”.

He said incitement against constituted authority will not be tolerated.

The COAS spoke against the backdrop of the remarks by Peoples Democratic Party (PDP) presidential candidate Atiku Abubakar and National Chairman Uche Secondus at the PDP 84th National Executive Council meeting in Abuja on Tuesday.

The party leaders counselled the military not to obey President Muhammadu Buhari’s directive that ballot box snatchers be severely dealt with as part of measures to sanitise the electoral process.

Gen. Buratai said: “It is unfortunate to hear persons who are aspiring to rule this country again inciting the army to disobedience. We have consistently stated our position in the political dispensation to remain neutral and apolitical.

“However, direct and public incitement of the military against democracy and constituted civil authority will not be tolerated. I request such persons to withdraw this inciting statement. Let me reemphasize loud and clear, that the Nigerian Army is a professional army.

“The foundation of military professionalism is discipline and without discipline an army cannot stand. One of our core values is loyalty to constituted authority. Loyalty must be hundred per cent.  I shall leave you in no doubt as to our resolve to bequeath a professionally responsive army to Nigeria and Nigerians.

“Should any officer or soldier have doubts as to his loyalty to the Nigerian State as presently constituted, such a person has up to February 22, 2019 to resign. There is no room for indiscipline or disobedience to lawful orders in the NA today.”

Lt.-Gen. Buratai, who said the meeting was called to review matters arising as a result of the postponement of the general elections, noted that the shift has increased apprehension locally and internationally, especially on the safety of voters and electoral materials.

The COAS said: “You are all welcome to this expanded weekly meeting which has in attendance, not only Principal Staff Officers and Directors, but also GOCs and selected field commanders.

“You will all recall that just two weeks ago, we all met here for an Operations Conference that was held to strategise on the NA’s roles during the 2019 General Elections, which was earlier planned to commence from 16 Feb 19.

“Unfortunately, the election did not hold as planned and has been postponed to hold on 23 Feb 19 and 9 Mar 19. This shift in date has necessitated a need to review some of the decisions taken at the last conference and also to reiterate some of the directives Passed to you in light of the postponement of the elections.

“I wish to first remind all of you that the unity of Nigeria is not negotiable. Hence, those who seek to undermine our democracy by interfering in our electoral process must be seen as enemies of Nigeria and dealt with appropriately.

“Our role is aptly captured in the 1999 Constitution of the Federal Republic of Nigeria (as amended) and we must defend Nigeria’s territorial integrity as well as act in aid of civil authority when called upon to do so.

“Therefore, commanders must work with all stakeholders, interest groups and agencies to avert any act by any individual, groups or entities that seek to undermine our democratic process.

“As expected, Nigerians have expressed general disappointment with the postponement of the elections. The postponement has also increased apprehension in the populace and the international community with regards to safety of voters and the electoral materials.

“It is therefore vital that the NA, alongside other security agencies, rise up to the challenge of ensuring a peaceful outcome to this general election so as to give confidence to Nigerian citizens and to reassure the international community about our electoral process.

“In light of this, I am pleased with the smooth activation of Op SAFE CONDUCT and the success of Op EGWU EKE III. In addition, the recent launching of the NA Situation Room for Elections Security Monitoring will also ensure we have real time feedback from the field.

“As we engage in these operations, we must remember that the army remains apolitical to ensure that no negative aspersion is cast on the NA before, during or after the elections.”

On what he expected of the Army on the rescheduled elections, Gen. Buratai said: “I want to remind all here present that the act of electoral thuggery, snatching of ballot boxes, illegal possession of elections materials and similar crimes are intended to mar an election and create deliberate avenues for post-election violence and mayhem.

“Such actions can also become more damaging when they are widespread, leading to destruction of lives and properties. Incident of this nature in previous elections are often planned and orchestrated by politicians and the NA has hitherto been very cautious in its approach.

“However, this time around, the NA will adopt a proactive posture that ensures that similar incident do not even arise. Accordingly, in addition to my earlier directives to you in the last Operations Conference, I wish to lay emphasis on the following actions that all commanders are to abide by.

“Commanders must deal decisively with any electoral crime or action that would be inimical to National Security.

“Commanders are to ensure that they and their personnel do not hobnob with politicians at any level. In this regard, there will be no military escort for any politician and all NA personnel are to stay clear of retired military officers, especially those who are now politicians, until after the elections.

“Commanders are to conduct extensive patrols within their AORs (Area of Operations). They must ensure that all flash points within the area are dominated.

“Commanders must in conjunction with the NPF enforce the restriction on movement within their AORs. All vehicles must be searched and suspicious persons or vehicles arrested/impounded and later hand over to the NPF.

“Commanders must ensure they key into the NA Elections Security Monitoring Situation Room to send and receive near real-time information on events, as they occur in their AOR.

“I have laid emphasis on these few points to remind everyone that these are delicate times and the NA must support Nigeria’s march towards enduring democracy. In the course of the conference, I will expect every one of you to comment on your preparations for the elections as it affects your various AORs.

“Our role in support of democracy cannot be overemphasized; hence all hands must be on deck to ensure we have a successful outing for the next elections.”