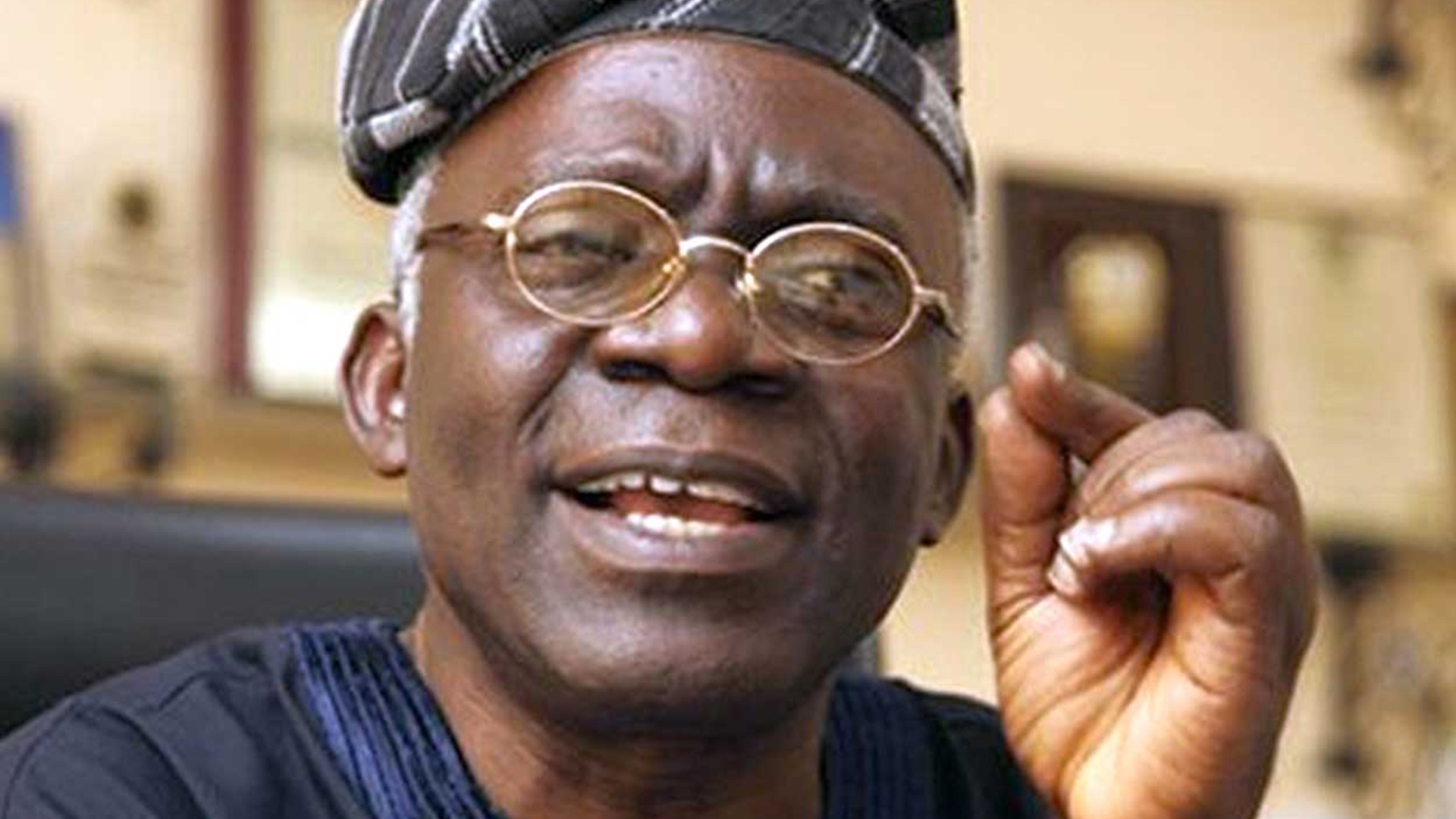 Human rights lawyer and Senior Advocate of Nigeria (SAN), Mr. Femi Falana, has disclosed that the actions of Governor Nasir el-Rufai of Kaduna State, has confirmed that the general election will be a ‘do-or -die affair.’

Responding to the governor’s “body bag” threat, Falana said the prosecution of the governor will commence as soon as his tenure is over.

He asked the international community that has promised to impose visa ban on those inciting violence to make an example of the governor.

Falana was speaking at secretariat of the Committee for the Defence of Human Rights (CDHR) during a memorial event in honour of Beko Ransome-Kuti, the human rights activist who died 13 years ago.

“Last week, El Rufai, threatened that foreign election observers and monitors who interfere in the 2019 general election would return to their countries in body bags because nobody will come to Nigeria and tell us how to run our country,” Falana said.

“The threat to attack and kill foreign election observers in Nigeria constitutes an infraction of the Electoral Act, 2010 and the Penal Code but because Governor el -Rufai currently enjoys immunity, his trial and prosecution for the offence will have to await the end of his tenure.

“The western countries that have threatened to place travel restrictions on members of the ruling class who incite violence or interfere in the electoral process should not hesitate to make an example of the governor without any further delay.

“The Special Prosecutor of the International Criminal Court who has also warned against any form of electoral violence in the country is urged to hold Governor el- Rufai responsible if foreign observers and monitors are killed during the 2019 general election.

“Notwithstanding the recklessness of the threat to attack foreign election observers, Governor el-Rufai’s has confirmed that the 2019 general election is going to be a do-or-die affair – apologies to Chief Olusegun Obasanjo, for the leading factions of the ruling class.

“Since leading politicians have recruited and armed thugs, the general election will be characterised by violence in many parts of the country. Even if some of the thugs are arrested and are arraigned in the courts, the various attorneys-general would file nolle prosequi to terminate the criminal cases as the managers of the neocolonial state cannot afford to prosecute their armed agents.

“Therefore, since the children of the sponsors of violence are in expensive schools at home and abroad, we urge the masses of our people not to allow their own children to be used as cannon fodders during the battle for the control of political power and economic resources of
the country by the ruling class.”

The lawyer also accused the ruling All Progressives Congress (APC) and the Peoples Democratic Party (PDP) of considering manipulating results.

He wondered why ex-President Goodluck Jonathan failed to implement the recommendation of the Uwai panel set up by the late President Umaru Musa Yar’Adua to tackle electoral malpractice.

“It is indubitably clear that both APC and PDP are resolutely committed to the status quo which permits the manipulation of election results,” he said.

“Hence, both parties have rejected the reform of the electoral system. But it is high time democratic forces mounted sufficient pressure on the political class to implement the recommendations of the electoral reform panels.”