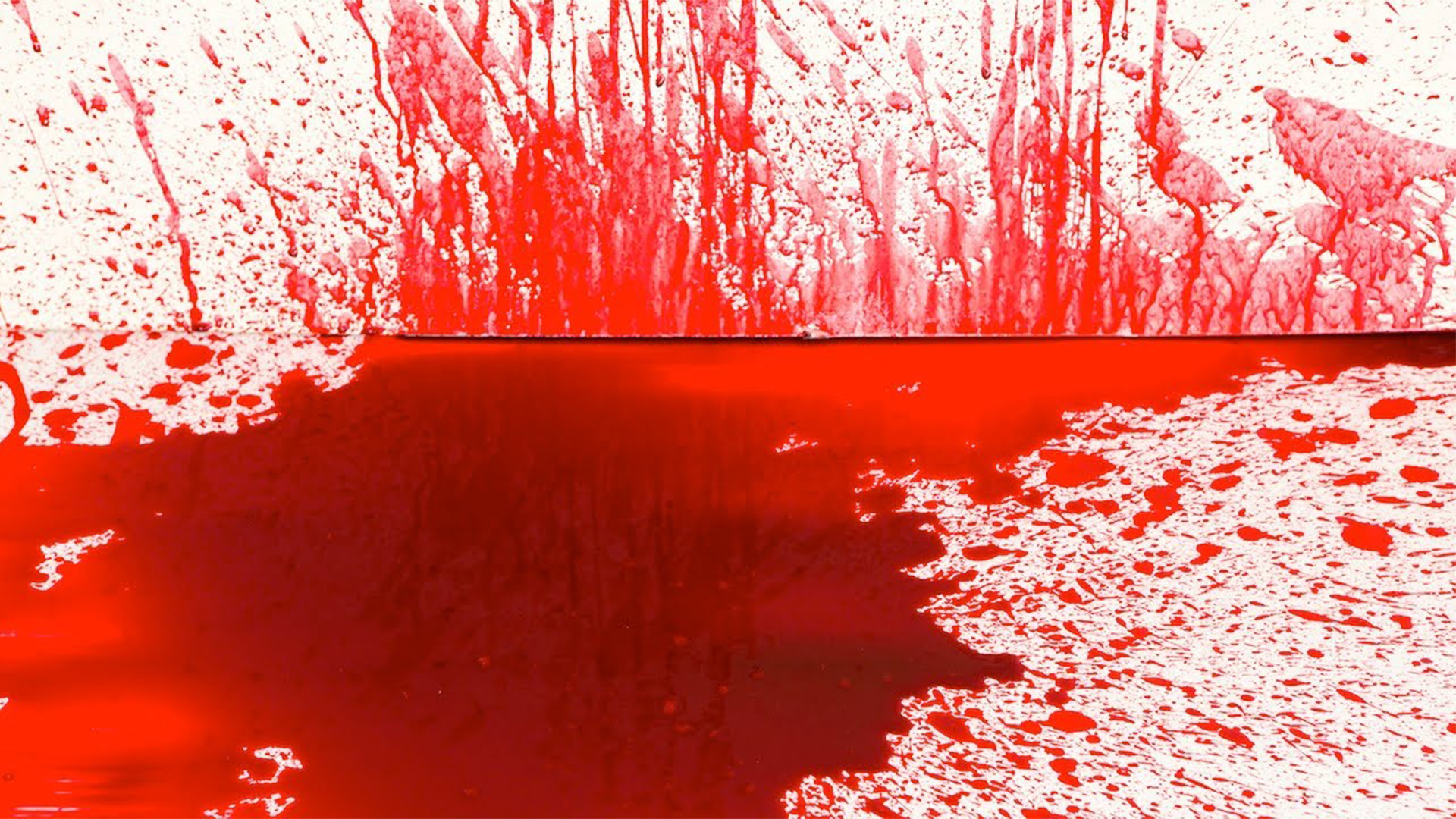 No  fewer than 17 people were killed across the country yesterday as violence erupted during the Presidential and National Assembly elections.

Three of the victims died at different polling units at Okota, a suburb of Lagos, and three in Sapele, Delta State, two each in Bayelsa and Kogi States while one each was killed in Oyo and Zamfara States.

The remaining two died on Friday during a clash between supporters of the All Progressives Congress (APC) and Peoples Democratic Party (PDP) in Ebonyi State.

Sequel to the violence, the Independent National Electoral Commission (INEC) has decided to hold   fresh elections in some parts of  Lagos, Rivers and Anambra States.

INEC Commissioner and chairman, Information and Voter Education Committee, Festus Okoye, announced the development said the move was on account of disruption.

He said: “The commission has received reports of violence and ballot box snatching in some areas leading to the disruption of the process. We have asked the Resident Electoral Commissioners RECs and the Electoral Officials on ground to submit their firsthand reports in relation to some of these incidents. We are still receiving reports relating to incidences in some states of the federation but we have received reports relating to incidences in Akuku Toru and Bonny local government areas of Rivers state.

“So long as the commission could not deploy in these areas, the implication is that voting did not take place in those areas and the commission will hold consultations with the relevant authorities and the Resident Electoral Commissioners (RECs) in relation to these areas and will announce the date when polls will take place in some of these areas, especially in relation to the areas as they affect the House of Representatives and Senatorial elections.

“It is not only in Rivers that we had reports of burning of electoral materials. We have such reports from Anambra and Lagos States as well as some other places.”

The victims in Rivers State included two brothers and a soldier.

Sources identified one of the victims in Lagos simply as Peter. He was said to be a barber and was allegedly   shot and stabbed to death at Powerline, Canal Estate in Okota  by thugs who stormed the polling station in an attempt to disrupt the electoral process.

Another was identified as Demola, a leader of the Oodua People’s Congress (OPC) in the area who was lynched by a mob for allegedly denying them a right to vote.

The identity of the third man could not be immediately established, but he was stabbed to death at Last Bus Stop, Ago Okota.

Residents alleged that the thugs first showed their intent as early as 8am when they stormed the area threatening prospective voters.

They blamed the police and soldiers for not acting on reports about the activities of the alleged hoodlums.

An eye witness said: “Those guys were armed with guns and cutlass. We had policemen and soldiers here and I personally told them that those guys seated under the umbrella there were thugs and not voters in this area.

“We told them to do their job by chasing them away or arresting them but surprisingly, the security people left. They only left one police van here and the policemen inside had just stick.

“As soon as those policemen and soldiers left, these boys started scattering everywhere. They destroyed the ballot boxes but we were able to secure the presidential ballot box because we had voted.

“They killed one barber and injured many people here. We called the police and soldiers for reinforcement. The Independent National Electoral Commission (INEC) officials ran away for their lives. Soldiers later came to rescue them.

“But why we are angry now is that the INEC doesn’t want to continue our election. They said they will not count our votes here and we have refused. There are police and soldiers here, so, let them count the votes of our presidential election. At least, they could not scatter that.”

Some of the hoodlums also stormed polling unit 023, Ago Palace Way, and set fire to   thumb printed ballot papers.

However, the voters fought back and the thugs fled on a motorcycle.

One of them was however unlucky and was subsequently seized with his motorcycle which was immediately set ablaze.

The suspect was beaten and later handed over to the police.

Ten others were arrested also at Okota.

One of the suspects Yusuf, said a politician asked him to come to a polling unit for an unknown reason.

Leader of OPC in Okota, Prince Osipote, denied the thugs who disrupted elections in the area. He said they were not members of the OPC.

Addressing reporters after a meeting with his men, Muazu said a total of 23 persons were arrested in the state for attempts to disrupt the elections which he described as generally peaceful in the state.

He said: “We went round several polling units and it was generally peaceful. We had a few cases of disruption of election process. The most important was the one at Okota where few polling units were attacked.

“Some hoodlums went there when election was ongoing and disrupted the process. We heard the rumour that people were killed but we went there and we did not see any corpse. The DPO did not see anyone that was killed.

“In Okota, nine suspects were arrested. They came on motorcycles and 10 of these were recovered. Okota is a very large area and we cannot deploy armed policemen to polling units. The armed policemen were far off. That was why the hoodlums were able to strike and fled before armed policemen could get there.

Unknown gunmen were blamed for the killings in Sapele.

Sources said the hoodlums swooped on voters as they queued to exercise their franchise at Amukpe area of Sapele and unexpectedly opened fire.

Two persons died on the spot while another died in the hospital.

Two other persons hit by bullets are now receiving treatment in the hospital.

The motive of the gunmen could not be immediately established.

A resident of the area said: “I’m not sure they carted election materials away, but I saw that the ground of the place was littered with electoral  materials, giving me the impression that they only scattered the materials.”

Police Commissioner Adeleke Adeyinka said he was yet to be briefed on the incident.

But a security source said: “immediately we heard of the situation, we moved in to take over the area so as to stabilize it and prevent a further escalation of the situation.”

Unknown gunmen also shot to death, a chieftain of the All Progressives Congress (APC) in Rivers State, Chief Mowan Owo-Ete, and his brother.

They were killed in the politician’s residence at Asarama, Andoni Local Government Area at about 9am.

Owo-Ete, a former Vice-Chairman of PDP and ex-Special Adviser to Governor Nyesom Wike on Political Matters, defected to the APC last October.

The gunmen were said to have scaled the fence of the house and rained bullets on them at close range.

It was learnt that Owo-Ete had narrowly escaped assassination shortly before the February 16 elections were postponed.

It was also gathered that a soldier was killed in Abonema

Rivers Police Public Relations Officer (PPRO), Nnamdi Omoni, a Deputy Superintendent of Police (DSP), confirmed through the telephone, the death of the top politician and his elder brother, stressing that personnel of the command were on the trail of the killers, while expressing optimism that they would soon be arrested and prosecuted, to serve as a deterrent to other criminals.

Abonnema, hometown of governorship candidate of APC, Pastor Tonye Cole, and his counterpart of Accord Party, Chief Dumo Lulu-Briggs also had its own share of violence.

It was gathered that the heavy shootings in Abonnema started on Friday night and continued till yesterday morning, with the intention of scaring INEC officials.

Maj.-Gen. Sarham, speaking through the division’s Deputy Director, Army Public Relations, Col. Aminu Iliyasu, said: “Policemen were unable to contain the situation in Abonnema, leading to the deployment of soldiers. Voting could also not start at 2 p.m. in Bonny LGA. The elections in Akuku-Toru and Bonny LGAs will be rescheduled for a later date.”

Wike hailed INEC for the prompt distribution of electoral materials across Rivers State in yesterday’s elections.

Rivers governor, who was accompanied to the voting unit by his wife, Justice Eberechi Suzzette, spoke with reporters shortly after voting at his Ward 9, Unit 7, Obio/Akpor LGA of the state at 12 noon, however, blamed the military for the challenges experienced in some parts of the state.

It also added the Army lost a lieutenant in the encounter when suspected attackers laid ambush for troops at a compound in Abonnema town.

The spokesman of the Army, Colonel Sagir Musa said in a statement that the attackers barricaded a major road in the town and when troops attempted to clear the debris the attackers opened fire on them.

Colonel Musa said:”Information reaching Headquarters of Nigerian Army (NA) revealed that troops of 6 Division on a legitimate duty of protecting lives and properties of law abiding citizens and ensuring a conducive environment for peaceful conduct of 2019 General Elections in Abonnema, Akuku Toru Local Government Area (LGA) Rivers State were attacked by some hoodlums.

“The pre-planned attack occurred in between Charles and Bob-Manuel’s compounds in Abonnema Town at about 1:00pm on the 23rd February 2019.

“The attackers barricaded a major road into the town and laid an ambush in the adjoining built-up areas from where they opened fire on our unsuspecting troops when they attempted to remove the barricade.

“The gallant troops fought their way through the siege and in the process killed six of the assailants.  However, we lost a lieutenant in the encounter.

” Preliminary investigation indicated that one Roland  Sekibo, – the Chairman Akuku Toru LGA, Omodo – the CSO Akuku Toru LGA and  Kenneth of Kula currently at large were the masterminds of the unexpected/ unprovoked attack.

“To this end, the NA strongly hereby state that perpetrators of this ambush will be made to face the full wrath of the law.”

A Yenagoa Government House photographer, Mr. Reginald Dei, and a ward chairman of the Peoples Democratic party (PDP) Seidougha Taribi were the victims in Bayelsa State.

They were allegedly killed by armed men in military uniform  at Oweikorogha, Southern Ijaw Local Government Area òf the  State.

The State Chairman of PDP, Chief Moses Cleopas blamed the APC for the killings.

Moses had said that thugs identified to be working for the APC with the support of some soldiers had besieged the Bassambiri and Oluasiri axis of Nembe Local Government Area, where they engaged operatives in a shootout all night on Friday.

According to him, the attackers lost a member in the attack while several others were injured and taken to the Hospital in Ogbolomabiri and Yenagoa.

He stated further that the rampaging APC thugs hijacked the electoral materials for the seven wards of Bassambiri and Oluasiri to a building for thumb-printing.

Thugs killed two persons in Anyigba, Dekina local government of  Kogi State while attempting to disrupt voting in the area.

The victims lost their lives  at the Ajetachi polling unit when thugs stormed the area.

They were said to have been shooting indiscriminately, killing the victims one of whom was a nineteen year old boy, simply identified as Usman.

A woman who was on the queue to cast her ballot was seriously injured.

The POs however refused, and took to their heels, resulting in the disruption of the exercise.