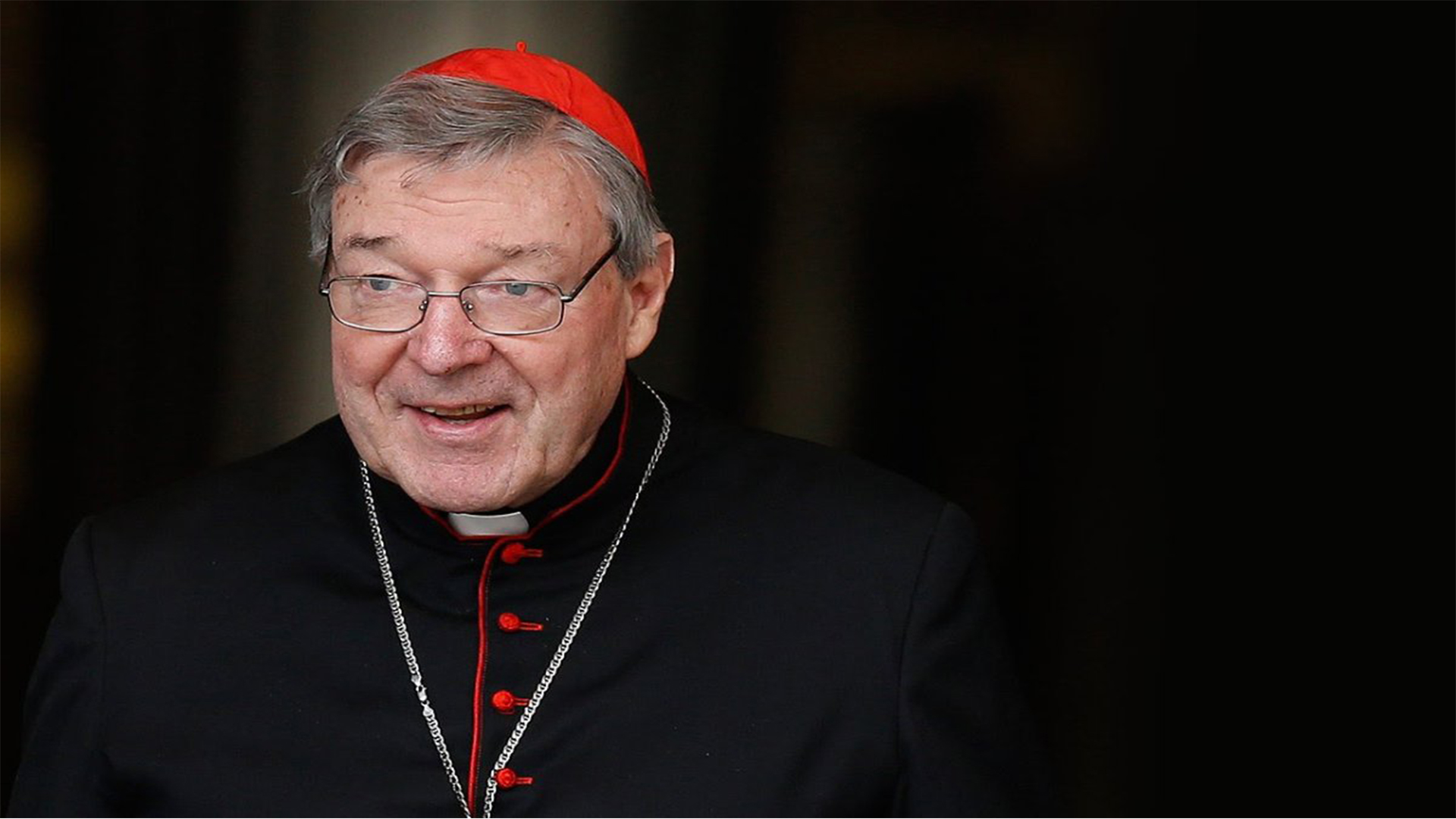 One of the most powerful men in the Roman Catholic Church was found guilty of multiple historical child sex offenses at a secret trial in Melbourne in December, the existence of which can only now be revealed.

Australian Cardinal George Pell, 77, is almost certain to face prison after a jury found him guilty of one charge of sexual penetration of a child and four charges of an indecent act with or in the presence of a child in the late 1990s.
The conviction of Pell, the Vatican treasurer and a close adviser to Pope Francis, will send shockwaves through the church, which is already reeling from accusations of sexual abuse committed by priests worldwide.
Pell is the most senior Catholic official to be found guilty of child sex offenses to date. His conviction brings the escalating international controversy around the abuse of children in Catholic institutions straight to the doors of the Holy See.
A court order banning media reporting of Pell’s five-week long trial, which began in November 2018, was lifted by Chief Judge Peter Kidd on Tuesday.
The prosecution’s case hinged on the testimony of one man, who said Pell sexually abused him and another boy in Melbourne’s historic St. Patrick’s Cathedral after mass one Sunday.
The second victim later died from a drug overdose having never revealed the abuse to anyone. The surviving accuser can not be identified under Australian law governing sex abuse victims.
In court the accuser told the jury how Pell, then Archbishop of Melbourne, discovered the two choirboys drinking wine in the priest’s sacristy, a small room at the back of the cathedral.
He claimed Pell forced one of the boys to perform oral sex on him and performed an indecent act on his friend. One month later, the victim said Pell pushed him up against a wall and groped his genitals.
Gasps were heard in court after Pell was pronounced guilty of all charges in December.
In a statement Tuesday, Pell’s accuser said he had struggled with “shame, loneliness (and) depression” after the abuse.
“Like many survivors it has taken me years to understand the impact upon my life. At some point we realize that we trusted someone we should have feared and we fear those genuine relationships that we should trust,” he said in a public statement from his lawyer.
Stunning testimony
For more than 20 years, the boy at the center of the allegations held a secret he said he was too shocked and scared to disclose.
The attack happened over a period of just six minutes, as hundreds of parishioners were milling outside after Sunday mass.
Pell’s attorney Richter said only a “mad man would attempt to rape boys” at such a time. But the victim told the court that’s exactly what happened.
Australian Catholic Church rejects calls for priests to report child abuse confessions
Testifying in a video link to the court during a closed session, he described how after mass the boys slipped away from the procession and into the back of the cathedral where they drank some communion wine.
Suddenly Pell appeared and demanded to know what they were doing.
“He planted himself in the doorway and said something like, ‘What are you doing in here’ or ‘You’re in trouble’ … Then he undid his trousers or his belt,” the surviving accuser told the jury in a closed session.
Crown prosecutor Mark Gibson later read his testimony to a full court, detailing how Pell cornered the pair, pulled aside his robes and pulled out his penis. The then-Archbishop physically forced one of the boys to perform oral sex on him.
According to the accuser’s testimony, Pell then instructed him to take off his pants and touched the boy’s genitals while masturbating.
The victim said one month later Pell pushed him up against a wall and groped his genitals.
“I didn’t tell anyone at the time because I didn’t want to jeopardize anything. I didn’t want to rock the boat with my family, my schooling, my life … I had no intention back then of telling anyone ever,” Gibson said, quoting the victim’s testimony.
Pell’s lawyer Richter argued strongly the attack was impossible. He said the boys couldn’t have run off without being seen and Pell would have been talking to parishioners after the service.
Richter even said the archbishop’s robes couldn’t be loosened in the manner described by the accuser. “(This is an) embellishment on a fantasy,” he told the jury.
The cardinal never took the stand in his own defense but a video of his meeting with Australian detectives in Rome in 2016 was played to the court.
In the video, Pell said the charges were “the products of fantasy.” When asked whether he’d forced a boy to perform oral sex he said it was a “deranged falsehood.”
“What a load of absolute and disgraceful rubbish. Completely false. Madness,” he told detectives.
Pell looked shocked when the “guilty” verdict was read out on December 11 after the jury had deliberated for three and a half days.
It was the second time Pell had faced court on this set of charges. An earlier, unreported trial in August had resulted in a hung jury after almost six days of deliberations.
Pell is due to be sentenced at a separate hearing in March.
Source