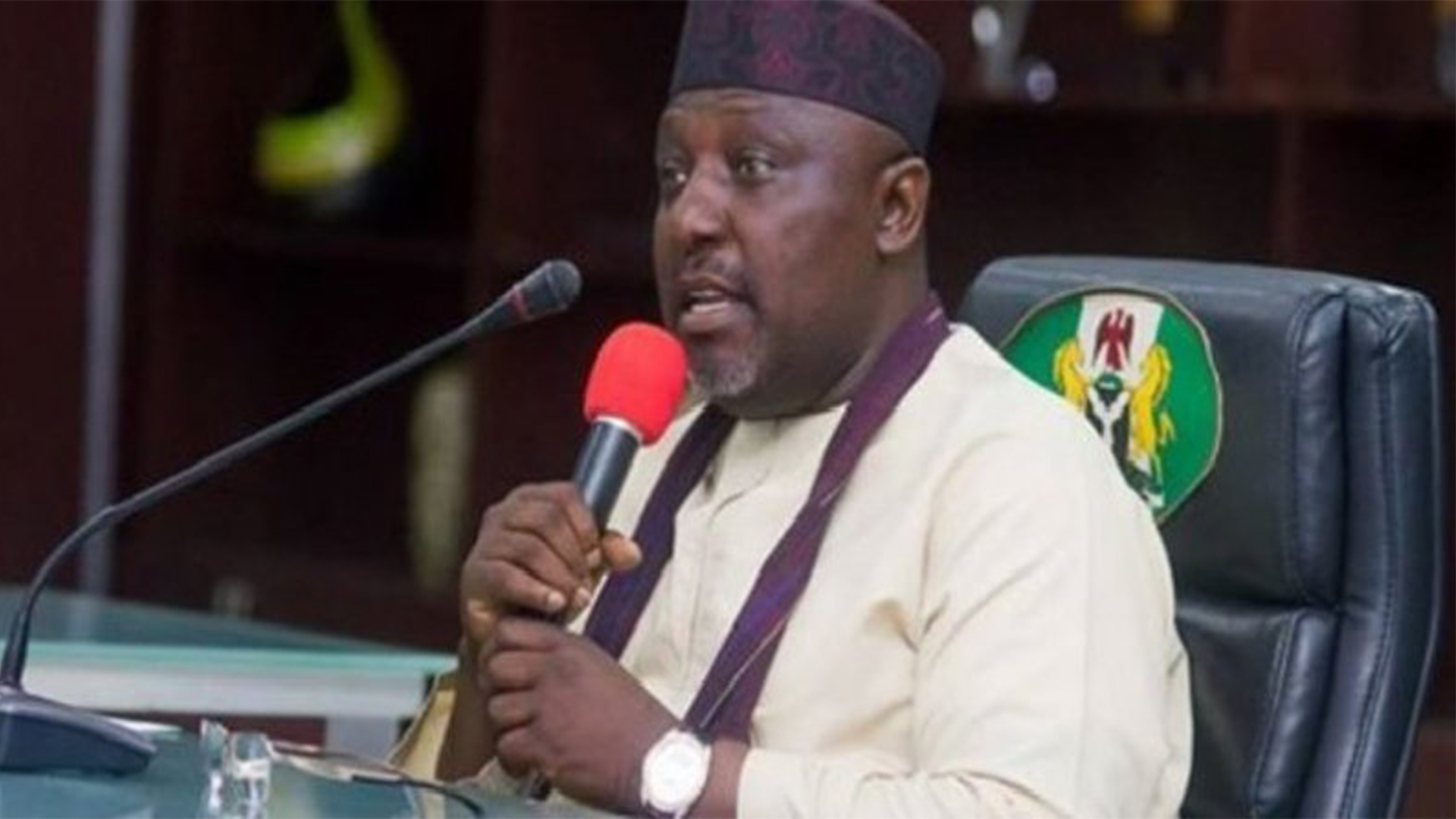 Governor Rochas Okorocha
As APC Queries Akeredolu, Suspends, Moves To Expel Amosun, Others
Imo State Governor, Rochas Okorocha, has criticised his suspension and moves to expel him, his Ogun State counterpart, Ibikunle Amosun, Minister of Niger Delta Affairs, Pastor Usani Uguru Usani and the Director General of the Voice of Nigeria (VON), Mr. Osita Okechukwu by the All Progressives Congress National Working Committee (NWC), led by its National Chairman, Adams Oshiomhole, saying Oshiomhole was determined from the onset to destroy APC by throwing caution to the winds and playing 2023 politics.

Okechukwu saw his suspension as victory for bigotry, while the Ogun State chapter of the party described the suspension of Amosun as “long overdue.”APC’s NWC, yesterday, recommended the punitive measure to the National Executive Committee (NEC), led by President Muhammadu Buhari.

The decision was reached at a meeting of the NWC, where the aforementioned personalities were outrightly suspended from the party for allegedly undermining its fortunes in their respective states.The ruling party’s NWC also issued a query to the Ondo State Governor Rotimi Akeredolu over his alleged anti-party activities, which it said greatly affected the fortunes of its candidates in last Saturday’s Presidential and National Assembly elections in the state.

But a statement issued by Okorocha’s Chief Press Secretary, Sam Onwuemeodo, read: “Oshiomhole was determined right from the outset to destroy APC in the Southeast and unknown to party chieftains from the zone who had genuinely supported his chairmanship. He is playing the politics of 2023 in 2019 and, in playing it, he has thrown caution to the wind.

“In all the Southeast states there are crises and all arising from the fraudulent manner he conducted the primaries. In 2015, Okorocha had joined the merger that gave birth to APC at the risk of his second tenure and was called all sorts of unprintable names. Yet, he won the governorship election, delivered 24 out of the 27 members of the House of Assembly for APC, two House of Representatives members and one senator.

“In 2019, Oshiomhole felt that such a man should be treated with disdain. He handed over the governorship ticket of the party to Hope Uzodinma who has never resigned his membership of the PDP on the floor of the Senate like others did and giving all kinds of flimsy excuses. “And if Oshiomhole had meant well for APC and Imo people in particular, would he have given the ticket of the party to a man facing five corruption charges and having travel ban slammed on him, to be the party’s candidate?

“And when the APC members across the nation are still celebrating the success of the party in the Presidential and National Assembly elections, Oshiomhole in his wisdom or lack of it, felt that the best action in the circumstance was to suspend two governors who did well in the elections, even when he played safe in 2015 and 2019 in Edo State without any known pressure.

“Again, Oshiomhole coming up with the purported expulsion this time, was only acting out of the fear that God in his infinite mercy could give Okorocha a role to play in the Senate, in the overall interest of the nation.“The truth is that Oshiomhole is only labouring in vain to play his own part of the deal that warranted his giving out the tickets of the party to non-deserving elements like in the case of Imo.

“Finally, APC, especially in the Southeast and in Imo in particular will outlive Oshiomhole. Men like him hardly sleep with their two eyes closed. They always sleep with their eyes open because they have murdered sleep with their actions and inactions. And unfortunately for him the purported expulsion can’t stand because the law has taken care of it even long before now.”

The Ogun State Caretaker Committee’s Publicity Secretary, Tunde Oladunjoye, in a statement in Abeokuta, said: “We received the NWC’s decision wholeheartedly and we say it is long overdue”“Amosun’s actions constitute a huge demonstration of ingratitude and party disloyalty. We are calling on the NEC of the party to go ahead and expel Governor Amosun from the party without further delay. This will teach him a lesson and serve as deterrent to people who may want to follow his inglorious path.”

Efforts to get Amosun’s reaction through his media aides, Rotimi Durojaiye and Eshomomoh Imoudu, failed, as calls to them were not answered.
Okechukwu said he was yet to get a letter of suspension from the great party at press time, but added: “If actually a press statement was issued, it may not be unconnected with those who want to sideline their enemies in this season of contestation. Remember that Femi Adesina, spokesman for Mr. President had opened window for gruesome struggle.“Otherwise, one had taken time and resources to campaign vigorously for my great party and even set up the Zikist-Buharist-Movement (ZBM), an offshoot of Buhari Support Organisation (BSO) of which I’m a foundation member.

“It is on record that with ZBM, we toured the nooks and crannies of Enugu and indeed the South East, canvassing for votes for our great party.
“Am also instrumental to the most consistent advert placed in several media in the Southeast, on behalf of our great party. Accordingly, one should not be blamed for the triumph of bigotry in Enugu State and South East in general.

“Our comrade chairman should not blame me for hoisting some unpopular National Assembly candidates for the APC in our zone. For am at loss how one contributed to the failure of his darling candidate, Mrs. Juliet Ibekaku Nwagu in Egede, her hometown, and Udi Council, her primary council in the five that make up the senatorial district.

“Suffice it to say that one will give detailed reply, when am officially written.”APC, in a statement announcing the action, signed by its National Publicity Secretary, Mallam Lanre Issa Onilu, noted: “Importantly, the NWC is closely monitoring the activities of our members across the country, particularly in the states these suspended members belong to.

According to the party: “The NWC calls on our members to disregard directives and actions of the suspended individuals, as APC would continue to live by the dictate of our constitution. “Recall that the NWC had earlier written to the suspended governors over their alleged anti-party activities and several other steps were taken to ensure they desist from taking actions that are inimical to the interests of our party and candidates. Notably, these individuals have not shown any remorse and have actually stepped up their actions.

“The party reviewed the serial anti-party activities of the concerned individuals before and during the last Presidential and National Assembly elections in their respective states and resolved to enforce party discipline in line with our constitution.“The NWC noted how the suspended members have continued to campaign openly for other parties and candidates that are unknown to our great party, even while they have constituted themselves as opposition to APC candidates in their respective states.”