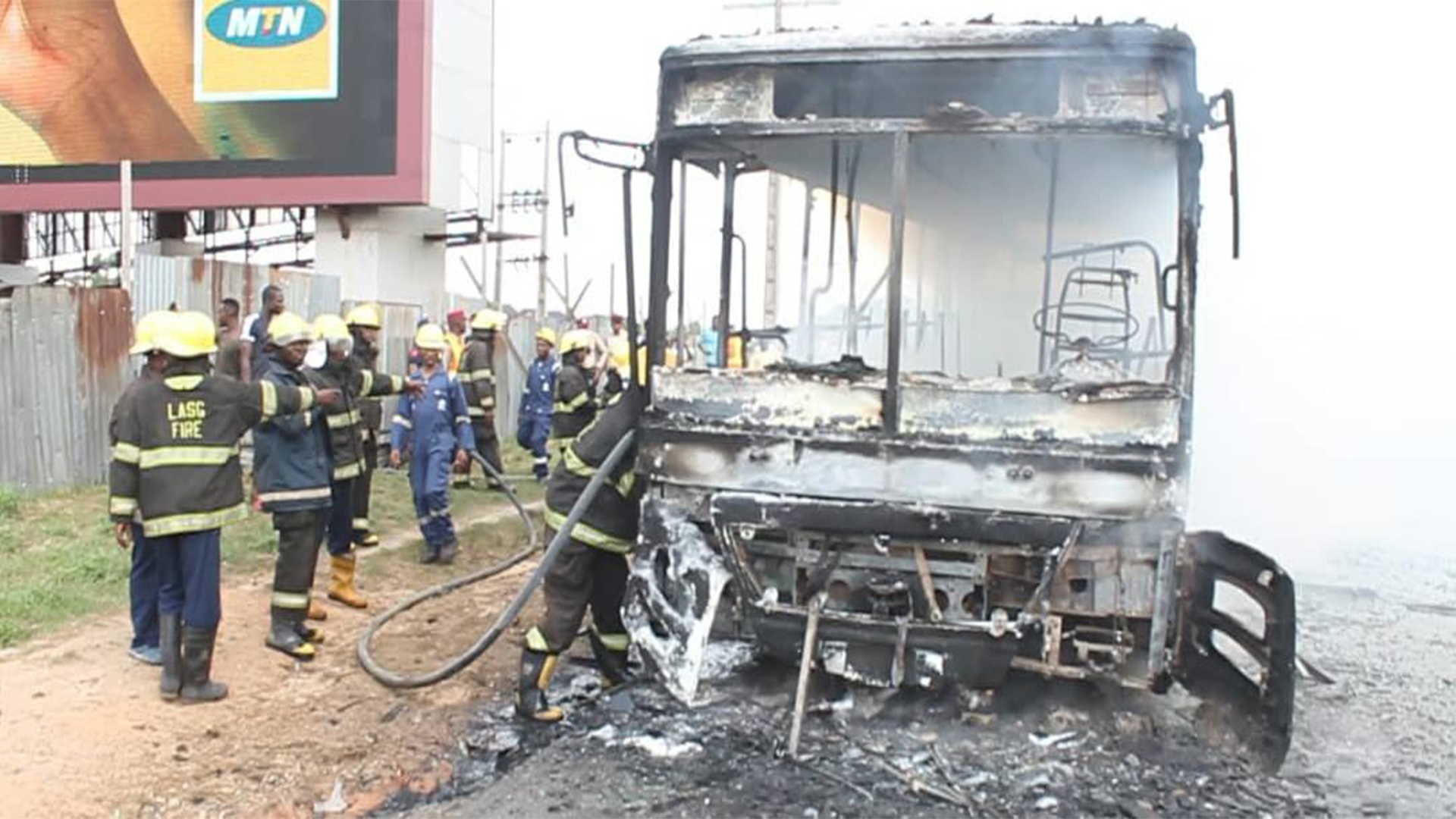 The cause of the fire that occurred around 11:22am, could not be ascertained.

Though, some of the passengers said the fire started when the driver was joining wire to re-start the bus after stopping for some passengers to alight.

Another passenger attributed the cause to over-heating.

The bus, loaded with passengers, it was learnt, was heading to Ketu from Ibafo.

The driver could not be reached for comment because he fled immediately the fire commenced.

A passenger, Segun Ola said he managed to move the bus to the side of the road before he took off.

“Immediately the fire started, the driver, having noticed the outbreak, cleared off the road while the passengers rushed out and ran for their lives,” Ola said.

The Ilupeju fire station arrived at the Otedola Bridge and later joined by the Alausa fire station to avert casualties and prevent loss of lives in the raging inferno.

The incident was put under control by the joint efforts of the two stations.

He lamented that despite the sensitisation to motorists to always equip their vehicles with basic firefighting tools as first aid in time of fire outbreak, most motorists refused to comply.

The presence of the firemen, he said, prevented the fire from spreading to other vehicles on the high way.

He advised motorists to avoid joining wires to ignite their vehicles as this can cause fire outbreak and loss of valuable properties.

He urged all motorists to equip their vehicles with basic firefighting equipment.