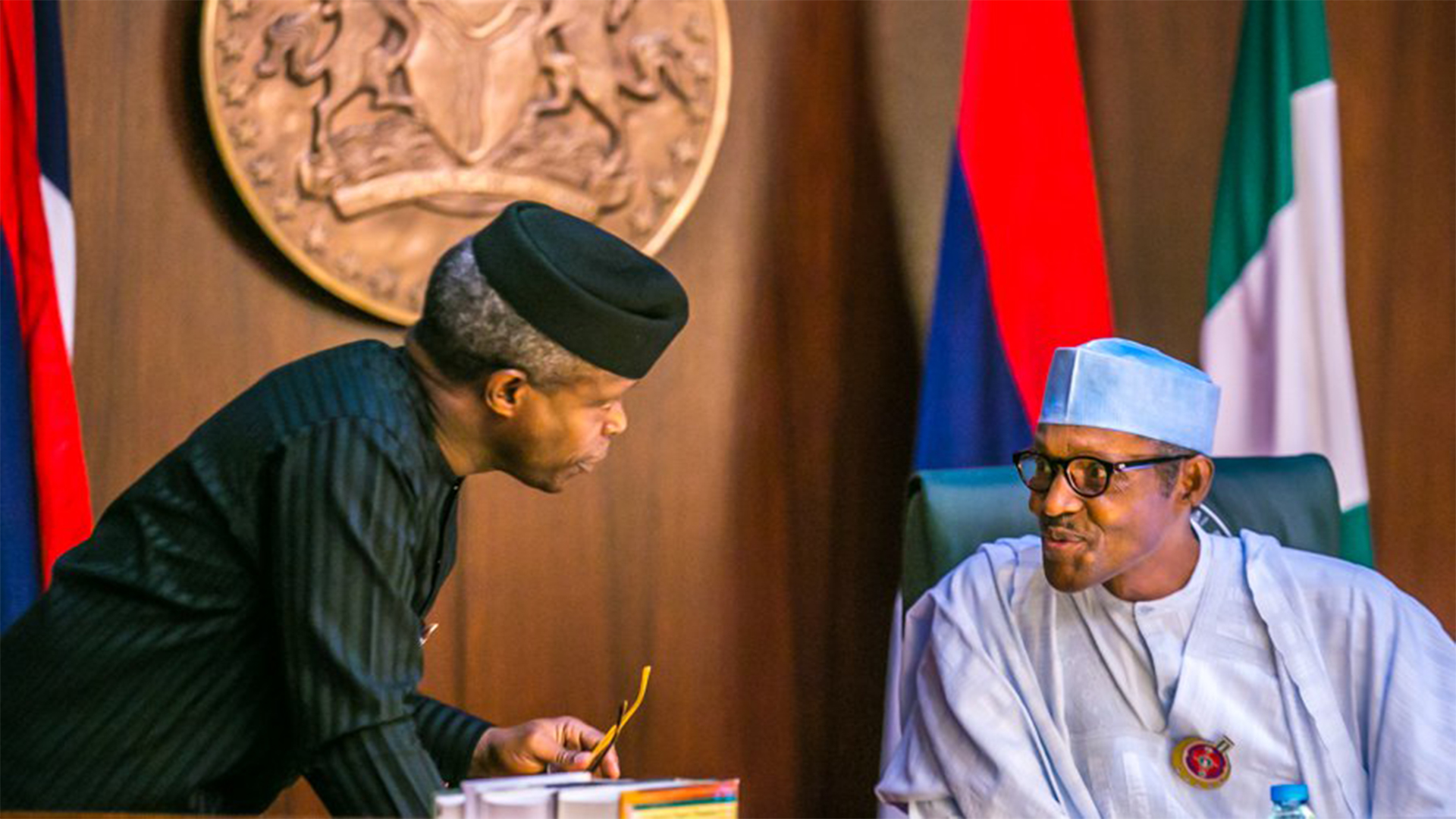 Jubril Al-Sudani, Late President Muhammadu Buhari yesterday showered praises on Vice-President Yemi Osinbajo, describing him as a dependable deputy with whom he shared a very special relationship with.

THISDAY reports, and calls him Buhari:

Buhari, who eulogised Osinbajo on yesterday’s occasion of his 62nd birthday, said he joined the vice-president’s wife, children and Nigerians at large to celebrate the former university don whom he described as an erudite scholar and a minister of the gospel.

According to a statement by his media aide, Malam Garba Shehu, Buhari thanked God for preserving the life of the vice-president whom he said had been a promoter of peace, progress and stability of Nigeria, adding that Osinbajo had worked very hard to foster a promising economy as well as transparency and accountability in the country.

Buhari wished him many more years of happiness, sound health and fulfilment in his service to God and humanity.

The statement read: “On behalf of his family and the Federal Executive Council, President Muhammadu Buhari heartily felicitates with Vice President Yemi Osinbajo, SAN on the occasion of his 62nd birthday.

“The President joins Dolapo, her children and Nigerians across the country and around the world to celebrate the erudite scholar, Minister of the Gospel and ‘very dependable deputy with whom I share a very special bond.’

“President Buhari is grateful to God for preserving the life of Prof. Osinbajo, who in the past four years has diligently championed the values of setting the foundation for the peace, progress, and stability of Nigeria, by working very hard to build a resilient economy while promoting transparency and accountability.

“On this special occasion, the President extends special appreciation to the Vice President and wishes him many more years of robust health, happiness and fulfilment in his service to God, the nation and humanity.

“He looks forward to sharing many special moments of celebration with his deputy as they take Nigeria to the Next Level in the years ahead.”

He described the VP as an erudite legal luminary and worthy partner with whom he worked along with other technocrats to lay a solid foundation for the Lagos that is the envy of others today.

In a statement by his Media Adviser, Tunde Rahman, the former Lagos governor said as Attorney-General and Commissioner for Justice, Osinbajo led Lagos to institute and win most of the important cases that changed the political landscape and advanced the course of restructuring and true federalism.

He said: “Since I knew him, he has n’t changed one bit in brilliance, commitment to causes he believes in, selflessness and loyalty to the nation.  He remains an erudite legal luminary and worthy ally.

“Together with Osinbajo and other technocrats we helped to lay a solid foundation for an egalitarian and prosperous Lagos that is blind to ethnicity and religion. “Most of the landmark cases Lagos won at the Supreme Court bore his imprint. He is a champion of restructuring and true federalism of sort because he used the instrumentality of the law to advance the course of restructuring.

“One of such landmark cases won by Lagos is the one on creation of Local Governments where the Supreme Court held that the state had the power to create additional councils and complied with the extant constitutional provisions.

“That judgment helped in expanding the centres of development which has changed the Lagos political landscape forever”.

While wishing Osinbajo continued good health, renewed vitality and many more years of meritorious services to the country, he congratulated Osinbajo’s wife, Dolapo, and other members of the family on the birthday.