No South African bailout for Zimbabwe after Ramaphosa visit 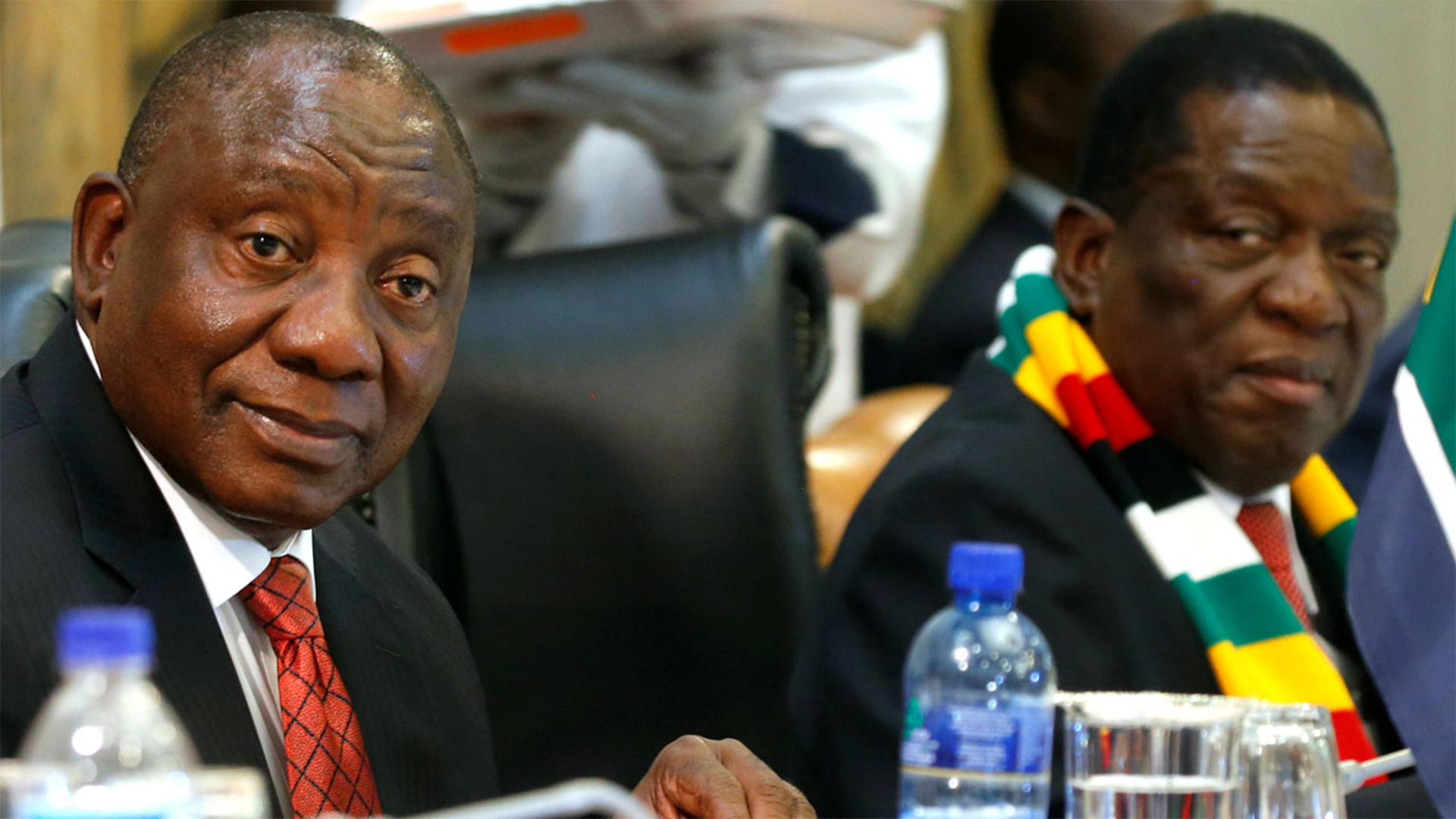 Ramaphosa commended the new administration of Emmerson Mnangagwa for its bid to revive the economy and promised to explore a number of options of financial help.

But otherwise he made no concrete offer of help, voicing a “commitment to work with Zimbabwe in addressing the socio-economic challenges.”

“South Africa stands ready to render support to Zimbabwe within our means in your quest for economic renewal,” he said, during the talks held at a Harare hotel.

Last year Zimbabwe requested $1.2 billion (1.06 billion euros) in emergency credit from South Africa, the most advanced economy south of the Sahara, but Pretoria indicated it did not have the funds.

In a joint statement issued after the 24-hour visit, the two governments said they were exploring ways to help Zimbabwe financially.

One of them would be a loan facility from South African private banks to the Zimbabwe private businesses.

The loans will be guaranteed “by the South African government with an appropriate counter-guarantee from the Zimbabwe government,” said the statement.

An almost similar deal was struck last month with the diamond-rich Botswana, involving a $100-million credit from private banks in both countries but available to Botswana private companies doing business in Zimbabwe.

“We not giving them a single loan,” President Mokgweetsi Masisi said in Gaborone after a visit to Harare, dismissing media reports that the credit was being made available by the state.

Mnangagwa took over after long time ruler Robert Mugabe was forced to reign in 2017, but is struggling to solve Zimbabwe’s economic crisis.

In January this year, crowds took to the streets to protest after Mnangagwa more than doubled fuel prices.

The military and police quelled the demonstrations, leaving at least 17 people dead and hundreds wounded.

South Africa has borne the brunt of economic and political troubles in its northern neighbour. Millions of Zimbabweans have fled to South Africa following decades of economic turmoil.

Ramaphosa has led calls by African leaders for the lifting of years-long sanctions imposed by Western powers over rights abuse under Mugabe’s regime.

“We have been calling for those sanctions to be removed immediately because they impede the growth of the Zimbabwean economy and they also are having an adverse effect on the ordinary people of Zimbabwe,” Ramaphosa reiterated on Tuesday.