No jubilation in Abia as Ikpeazu re-emerges governor-elect 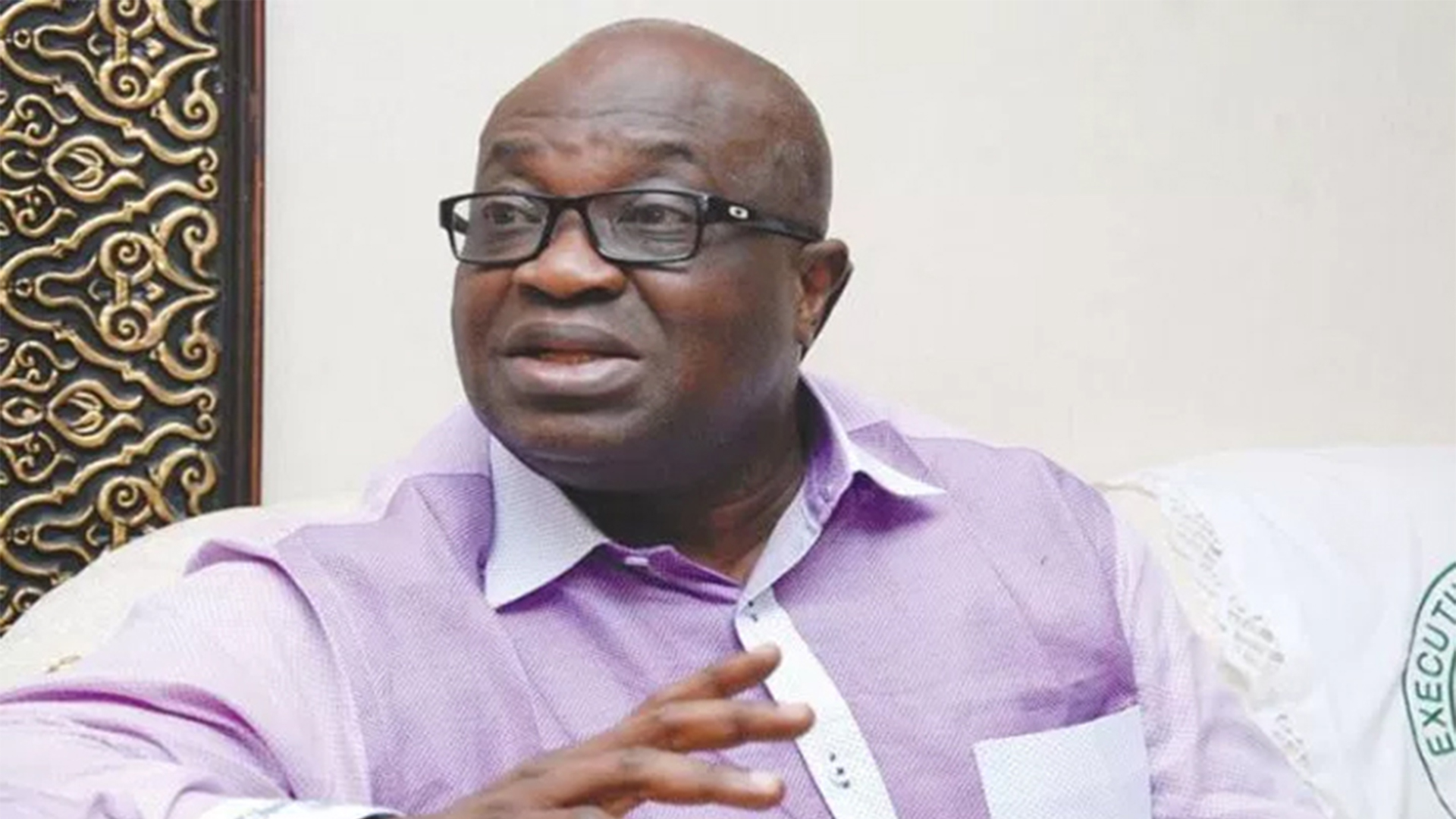 Abia state governor, Dr Okezie Ikpeazu has succeeded in his second term reelection bid. He was announced the winner of the 2015 Abia governorship election by the Independent National Electoral Commission (INEC) with 261,127 votes representing 59 percent of the 444,376 total votes cast. It was expected to that the battle for Abia government house would be a very tough one but it turned out that the incumbent governor dusted his opponents easily. The first runner up, Mr. Uchechukwu Sampson Ogah of the All Progressives Congress (APC) got 99,574 votes or 22.4 percent of total votes. The governorship flag bearer of the All Progressives Grand Alliance (APGA), Mr. Alex Otti was placed third with 64,366 votes or 14.5 percent of total votes.

As the poll result was announced at the INEC office at Ogurube layout it appeared as if a gloomy pall of gloomy cloud quickly formed and hung over the capital city. For the first time since the inception of the present democratic dispensation there was no street celebration fight. The city was quiet. Not even the supporters of the ruling party saw the need to come out and celebrate the victory of the party’s governorship candidate. It was only inside the government house that governor’s aides and some supporters were seen patting their backs and shaking hands for a job well done. But inside the town all was silent.

In declaring Governor Ikpeazu as winner of the 2019 governorship poll, the returning officer, Professor Benjamin Ozurumba, the vice-chancellor of the University of Nigeria Nsukka (UNN), said that the governor satisfied the requisite condition by scoring the highest number of votes with enough spread across the state. Ikpeazu won in 11 of the 17 local governments, Ogah emerged tops in four local governments while Otti emerged best in two local governments.

Reacting to his victory, Governor Ikpeazu thanked the people of Abia for renewing his mandate, assuring that Abia would witness greater development in all fronts in the next four years. He told journalists at a press conference in government house shortly after receiving the news of his victory that the next stage of his administration would mainstream women and youths. Ikpeazu assured that the developmental projects already lined up by his administration, including the Enyimba Economic City, which would create over 700,000 jobs and Osisioma fly over would be fully realised.

Expectedly the triumphant Abia chief executive commended INEC and security agencies for ensuring that the poll was conducted in peaceful atmosphere devoid of rancour and blood-letting, adding that he has offered a hand of fellowship to all his opponents during the election. He said that his opponents should not feel sore because losing the poll “is not a loss in absolute sense of the word but a call to duty on a higher pedestal for those who love Abia beyond their personal ambition”. He therefore called on his opponents to “rise to the occasion and join hands with this government to deliver the best in terms of democracy dividends”.

The main opposition parties are not happy that Governor Ikpeazu has managed to ride them to victory. They are crying foul. State chairman of APGA, Rev Augustine Ehiemere described the governor’s victory as “a successful robbery”. Ehiemere, who is also the state chairman of the state chapter of Inter-party Advisory Council (IPAC), submitted a petition to INEC during the collation exercise. In fact the main opposition parties have put aside whatever differences they have to fight a common adversary. Both Otti and Ogah jointly addressed a press conference while the collating of results was still in progress at INEC office. They vehemently rejected the poll result, saying that it was a product of “fraud and robbery”.

“We would like to inform you that all the results were not only fraudulent but did not represent the will of the people of Abia,” Otti said, adding that “the results were highly tampered with to favour the ruling PDP”. He alleged that INEC connived with security agencies to change the results and give victory to the incumbent governor. The results, according to him, were altered between the polling units and the collation centres. “We therefore reject in its totality the results of the 2019 governorship election announced by INEC and demand its cancellation,” he said.
They called for the cancellation of the 2019 governorship poll in Abia within 24 hours and organise rescheduled poll “whenever INEC is ready to organise transparent election”. Ogah lamented that the agents of opposition parties were chased out of the collation centres to enable the PDP write the results the way they desired.

For the opposition the victory of Governor Ikpeazu was a stunner. They had hoped for a triumphant outing against the incumbent Abia chief executive given his perceived many failings, especially the vexed issued of unpaid salaries and pensions. Abia was seen as low hanging fruit waiting to be plucked by the opposition. With the anger and sadness in the state there was a groundswell of opinion that it would be hard for the governor to garner enough votes to survive the opposition challenge. He survived.

Governor Ikpeazu was helped by the so called ‘Ngwa agenda’. The agenda was said to be an agreement by the governor’s kinsmen to the effect that they would not allow him to be disgraced out of office without serving a second term. Dr Ikpeazu made history as the first person from the Ukwa/Ngwa stock that spans nine local governments in Abia South and part of Abia Central zones. The argument by the governor’s kinsmen was that since his predecessors from Abia North (Orji Uzor Kalu) and Abia Central (Senator) Theodore Orji all did two terms of eight years the fate of ikpeazu could not be different. Hence the Ukwa/Ngwa political bloc rallied round their son to ensure that he must stay in office for eight years. It was a case of ‘be your brother’s keeper’. Even the members of opposition parties from the governor’s Ukwa/Ngwa area were all sucked into the Ngwa agenda and covertly or overtly worked against their own parties to guarantee Ikpeazu’s second term mandate. During the governorship poll there were reports of agents of opposition parties looking the other way or out rightly abandoning their duty posts to allow the ruling have its way in most local governments in the Ukwa/Ngwa area.

It was a challenge for the Ukwa/Ngwa people to deliver Ikpeazu and keep him at government house till 2023 when the power shift button in the Abia charter of equity spring would be activated in favour of Abia North. It was therefore not surprising that the so called opposition party big wigs from Ngwa could not raise a finger against the governor and allowed him to have his way, even if the poll was rigged as being alleged by the opposition. The deputy governorship candidate of APC, Hon Martin Azubuike, who is a serving state lawmaker, could not deliver his Isiala Ngwa north local government.

PDP ran away with 19,209 votes leaving APC with just 2,404 votes. The state chairman of APC, Hon Donatus Nwankpa did not in any way justify his position as his Osisioma local government could only yield 1,981 votes as against 19,835 that PDP garnered. A chieftain of APC, Senator Nkechi Nwaogu, who hailed from Isiala Ngwa South local government but married in Osisioma could not help her party in any of the two local governments despite her touted popularity, especially in Osisioma. So it is generally believed that it was the Ngwa agenda that made it impossible for APC to leverage on the political stature of former deputy governor, Dr Chris Akomas and Friday Nwosu both of who hail from Obingwa local government. Both politicians had contested for the APC governorship ticket but lost to Uche Ogah, who is from Isuikwuato local government in Abia North zone. The Ngwa politicians in APC had clamored for the APC governorship ticket and did not hide their anger and disappointment when it eluded them.

The opposition parties on their part did not help their cause Both APC and APGA were embroiled in internal crises before the election. The two main opposition parties have parallel state executives that produced parallel governorship candidates. No doubt the absence of a strong single leadership robbed both APC and APGA the needed collective effort to prosecute the governorship poll. Aside from their different internal crisis APC and APGA were expected to have cooperated to present a joint ticket given the enormity of the challenge of the battle to dethrone a ruling party that had held sway in Abia for 18 of the 20 years of the present democratic dispensation. It was gathered that neither Ogah nor Otti was willing to step down for the other hence they went to the political battle without formidable force. The Abia APC had hoped for the proverbial ‘federal might’ to help them unseat Ikpeazu but got none. The party was left to lick its wounds as all the federal apparatus that should have worked for them were alleged to have been used in the opposite direction.