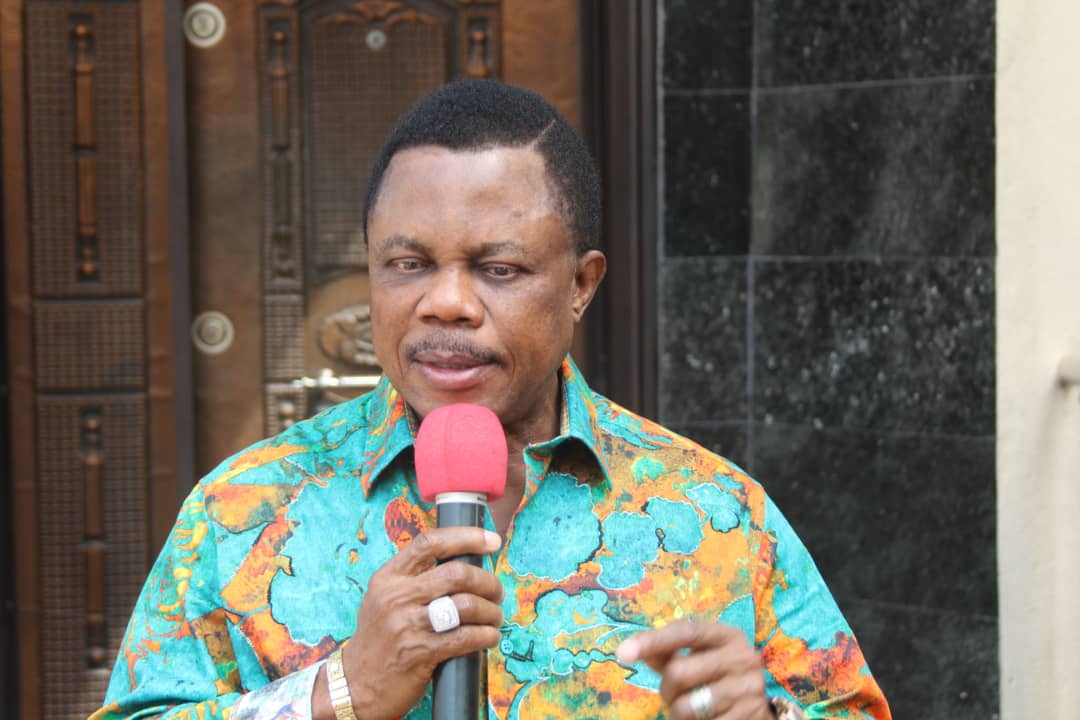 Governor Obiano was massively and overwhelmingly voted in by Ndi Anambra state.
Ndi Anambra only wanted someone that would continue from where Obi stopped; though they knew the big shoe Obi was leaving behind would be hard to fill.

Expectations were very high, as we were already used to good governance, because we had the best of it under Former Governor Peter Obi, and the PDP Vice Presidential Candidate in the just concluded 2019 elections.

We felt Willie Obiano was going to take us to another level of development, having inherited the most stable and financially viable state.
Peter Obi then left almost a 100 billion naira in cash and investment when other governors left nothing in the coffers of their state’s but debt.

Peter Obi who was in APGA then used a lot of projects that were between 80 to 90% completion to campaign for Willie Obiano.
He then drafted the 4Cs which meant to CONTINUE the projects Obi was handing over to him, COMPLETE them, COMMISSION them, and COMMENCE new ones.

Immediately Obiano became the Governor, he jettisoned the 4Cs, became an emperor and abandoned all ongoing projects in the state.

He began signing endless MOUs that has never yielded anything till date.
He became frivolous, and the welfare of the state became a non issue to him.
That was when a side of him Ndi Anambra never knew came to fore: he was a chronic drunk.
The government house and lodge were practically turned to party houses, rather than seat of governance.

Instead of working, he began heavy investment in lies, deceit and propaganda, and employed the services of almost a thousand charlatans whose jobs are to attack anybody and anything that criticizes Obiano.

This is why you can only see Obiano’s massive projects in 3D prototype all over the internet, but nothing on ground.
The numerous aides he employed were just to dish out face saving lies on the internet, when in actuality the decay of infrastructure in the state exudes pungent smells.

They saw the State as Obiano’s personal property, thereby nobody had the right to talk about his ills.
Once you criticizes him, they will swarm on you like bees.

Obiano’s achievement in 5 years is just 3 mounds of cement called flyover built on federal highway without necessary approval from the federal government, which has structural defects and barricaded so that articulated vehicles can’t ply it.
The flyovers have actually compounded the traffic gridlock it was meant to solve, as there’s constant gridlocks on those flyovers at every given time.

The project was done at the cost of 15 billion naira, but Governor Umahi Of Ebonyi State, did a better, longer, and modern flyover in Abakaliki at the cost of 5 billion.
Umahi’s flyover isn’t barricaded from heavy duty vehicles too.

As it’s natural to tell more lies in trying to cover up already told lies, Governor Obiano’s government began a lot of scams like the purported export of Ugu leaves to Europe through which 5 million dollars was made in the first tranche of the export.

As business inclined people, a government that made up to 5 million dollars in a single business, have no reason to stop the business, but the farm where the vegetables were cultivated seemed to have dried up all of a sudden.

In one of Willie’s trademark lies, he boasted to have attracted 7.2 billion dollars in the peak of recession, when Nigeria as a whole could not attract such.
One then wonders the kind of magic wand that he used to do that.

Governor Willie Obiano inherited a debt free Anambra state, but has now plunged it into a debt of over 150 billion naira and counting.

I don’t criticize Governor Willie Obiano because I hate him.
I do that just to remind him about his primary responsibility, which is to provide good governance to the people of Anambra state by building on the solid foundation he inherited.
The Governor is a known jolly good fellow, and I admire the line in his hair, his dress sense, especially his traditional dressings, and things like that, but I obviously don’t like his style of governance because he is a failure personified when it comes to that.

His 5 years are just like years eaten up by the locust, as he succeeded in taking Anambra state decades back, rather than improving our lots as light of the nation.
From every indication, Mbadinuju would be canonized a Saint, when Obiano must have finished with our state, as Mbadinuju’s hands were tied because of godfatherism, but Willie has nobody disturbing him.

I challenge any of his aides, and other appointees to prove me wrong by listing his achievements in the said 5 years.
The best they can do is to show the aerial view of the 3 mounds of cement called flyovers with the neon light on top of it; payment of salaries to workers, others would be mere rhetorics and praise singing.
Meanwhile in Anambra state, we don’t take payment of salaries as government achievement, as workers were not owed for more than 12 years before Willie came in.
That’s why we are the light of the Nation.

I urge the governor to utilize his remaining years to do things that will benefit Ndi Anambra in general, not himself and his appointees.
Let him complete projects left by his predecessor.

Ndi Anambra are looking forward to seeing the physical airport at Umuleri, and not the 3D prototype.
Akwa Ibom floated airline without noise or funfare.
The security drones the Governor boasted much about have disappeared from the skies.
Even the Horses he bought for the police.

The Amansea abattoir which’s a mirage should come to life.
The export of the vegetables should start yet again, so that he will have more to work with.
Construction of roads should resume, as the rot occasioned by abandonment has brought gullies in almost every part of the state.

Let him know that he has fallen out of favour with the people, as he has killed the only legacy Ojukwu left, and supported a man who has constantly killed our people and never hidden his hatred for us.
His aides won’t tell him this, but I must tell him, as I have nothing to lose.

Let him reduce the lies and focus on real governance.
Let the over one thousand MOUs be implemented.
Let Innoson our own be patronized, rather than going to India to buy Tata.
Let him provide the promised buses for those okada people that he banned.
Let him take our state forward like it ought to be.
Let him stem the tide of rising insecurity in the state.
Let him reduce the power given to the touts as the masses are complaining bitterly of extortion.

All in all, Obiano’s 5 years is characterized by underperformance, frivolities, lies, deceit and propaganda, negligence and nepotism.
It has really been years of the locust!