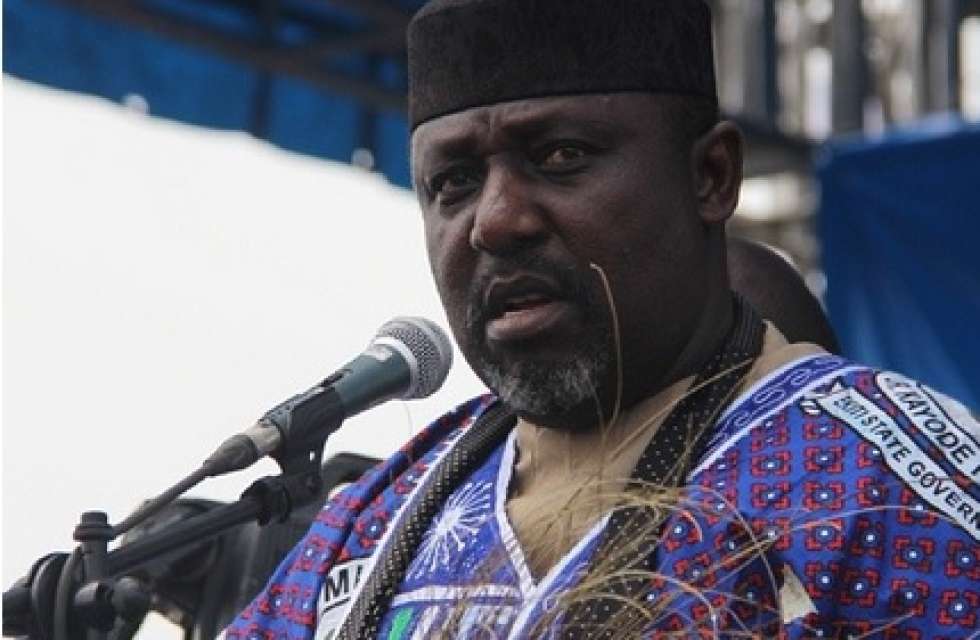 Imo State governor, Rochas Okorocha, has applied at the Federal High Court Abuja, for an order compelling the Independent National Electoral Commission (INEC) to issue him with a Certificate of Return as the Senator- elect for Imo West Senatorial District.

Though the returning officer for the Imo West Senatorial District election had declared Okorocha who contested on the platform of the All Progressives Congress winner of the poll, he was however not presented with a Certificate of return by the electoral body as his name was
not listed among the senators-elect who were presented with their certificates of return by INEC.

The commission claimed the winner of the Imo West Senatorial District election was announced under duress and accordingly refused to list anyone as the winner.

The Returning Officer for the election, Prof Francis Ibeawuchi, declared Okorocha as the winner of the poll, having polled 97,762 votes ahead of his closest rival, Mr Jones Onyereri of the Peoples Democratic Party, who had 68,117 votes.

However, both the PDP and the All Progressives Grand Alliance protested against the declaration of Okorocha as the winner of the election.

Ibeawuchi later claimed he was forced to declare Okorocha as the winner to save his life.

He said that he feared for his life and he was forced to announce the result of the poll, which he said was inconclusive, in favour of the governor.

But determined to claim his mandate, Okorocha had in a suit marked FHC/ABJ/CS/296/2019, filed by his counsel, Kehinde Ogunwumiju (SAN) seeks the court order compelling the INEC to issue him a Certificate of Return as the validly elected senator for Imo West Senatorial District.

In the suit where he listed the electoral body as the sole defendant, Okorocha contended that having declared him winner of the election, INEC had no power to withhold his Certificate of Return.

Meanwhile, when the case came up Wednesday, the court by agreement of counsel, joined the candidate of the Peoples Democratic Party (PDP), Jones Onyeriri and that of the All Progressives Grand Alliance (APGA); Senator Osita Izunaso, as the 2nd and 3rd defendants in the suit.

Having joined the interested parties, Justice Taiwo .O. Taiwo adjourned hearing of the originating motion and all pending applications till April 5.