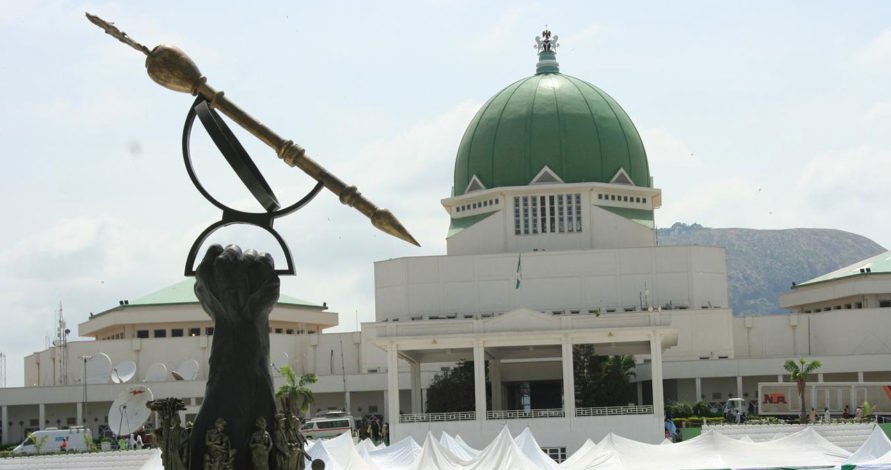 The Abia State Chapter of the All Progressives Congress (APC) has joined other Abians and well-meaning Nigerians to call on the National leadership of the party to ensure that the position of Senate President in the 9th National Assembly was ceded to the Southeast.

Abia APC speaking through the Publicity Secretary of the party in the state, Comrade Benedict Godson on Thursday in Aba, the commercial nerve of the state posited that it will be both politically and morally correct to do so.

According to Godson, the call was important going to the recent political development in the country where both the newly elected and already serving senators from different parts of the country have started scheming for a position, the APC publicity secretary said would ordinarily be zoned to the southeast to balance power sharing among the major ethnic groups in the country.

Godson said that the structural makeup of the current government from executive, legislative and judiciary, shows that it will be the most infallible and plain sailing decision for the party to cede the senate president to South East.

“If you can recall, Dr. Chris Ngige because of his defeat could not be made Senate President because he couldn’t come back to the national assembly and there was no way that they could have given it to Ekweremadu who is from another party. That gave way for the manipulation that brought Bukola Saraki in as the senate President.

“For us here, this should not be a difficult decision at all. It is a decision that will show inclusiveness in all ramifications. The structure of the current government from executive, legislative and judiciary calls for a space for the Southeast to accommodate and integrated.

“Our able leader, President Muhammadu Buhari is from Northwest, Vice President; Prof Yemi Osinbajo from Southwest, Secretary to Government of the Federation (SGF), Boss Mustapha and the Chief of Staff to the President, Abba Kyari are both from Northeast.

“Although the current senate president and Speaker of the House of Representatives are no longer our members, but both are from North Central and Northeast respectively. And the South-South until recently had the number one position in the judiciary (CJN). Even the National Chairman of our party is from the South-South as well.

“This goes to show that the Southeast is the only geo-political zone which has no ranking government official in the hierarchy of power within the APC led government. So, giving us this one is a no brainer I must say it unequivocally.

“Agreed, in 2015 we didn’t do much in terms of sending people from APC to the National Assembly, but the story is different today as we already have an elected Senator and members of House of Representatives. Even in the presidential election, we showed serious commitment and dedication to our party candidate who won convincingly,” he said.

Godson who said that he was sure that Kalu was going to deliver creditably if chosen as the Senate President going by his level of experience as a businessman, governor and former House of Representatives member noted that it was imperative that the National Working Committee of APC, all elected Senators from both Southeast and other zones among other stakeholders of the party joined hands to support Kalu to clinch the senate apex position for justice and equity within the party and the nation at large.

“Those of us from Abia are strongly behind our leader Senator Orji Uzor-Kalu and believe he should be considered for the post because he is capable and has collected his certificate of return from INEC and as such now a Senator of the Federal Republic of Nigeria from the Southeast.

“People may say he’s a greenhorn in the senate, but we must put records straight, because he is not new in the National Assembly.

“He was in the House of Representatives in 1991. He was deputy chairman, House Committee on Finance and Immigration, because his party, the National Republican Convention (NRC) was in minority then. He’s not a greenhorn at all.”

Speaking further, Godson said, “Let no one get this call twisted in anyway, our call and demand for this position is not in any way trying to say that the APC led Federal Government has not done well in the Southeast.

“That’s not what we are saying. The essence of this explanation is to make sure that people don’t twist it into that. In fact, our people are aware that the president Buhari led administration has executed more people oriented projects in the Southeast than previous administrations.

“So, we must make this clear before mischief-makers will turn our simple call for rightful accommodation and integration into the progressive APC government to mean an agitation of dissatisfaction with the APC led administration.

“We appreciate the Federal Government and all its efforts in the Southeast, but we are saying that it will be fair, politically and morally correct for our zone to be given the number one principal position in the Senate because we deserve it as it will make our party stronger and more balanced in national outlook.”