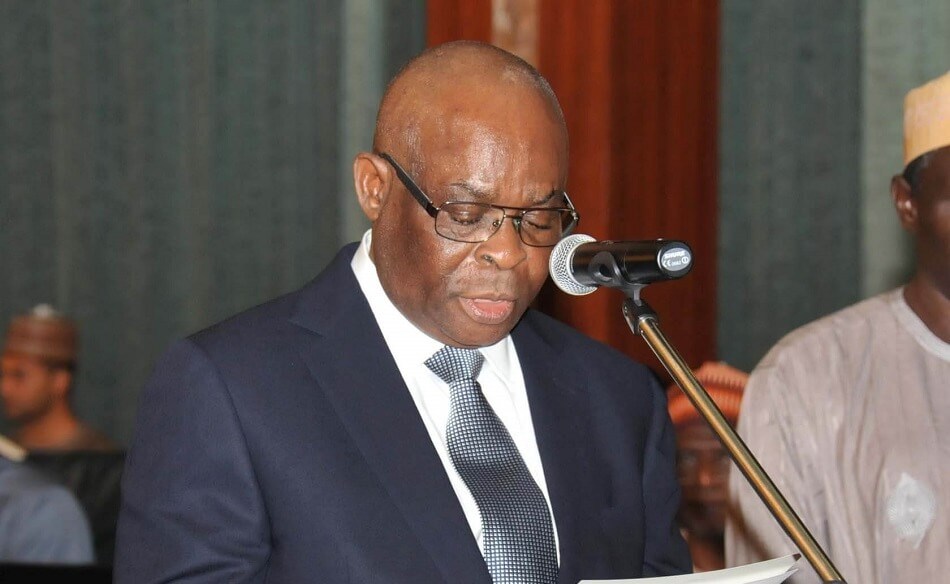 The federal government on Thursday closed its case of non-asset declaration charges against the suspended Chief Justice of Nigeria (CJN), Justice Walter Onnoghen, after calling three out of the six witnesses listed for the trial.

Onnoghen is being prosecuted by the federal government on a six-count charge bordering on alleged failure to disclose some of his assets in his Asset Declaration forms submitted to the Code of Conduct Bureau (CCB).

However, the prosecution counsel, Aliyu Umar (SAN), Thursday announced that the prosecution is closing its case shortly after the defendant finished the cross examination of the third prosecution witness, Ifeoma Okagbue, an official of Standard Chartered Bank.

The prosecution in its application for the trial had said it would be calling six witnesses to prove its case against Onnoghen.

However, at the end of the cross examination, the lead prosecution counsel said though they initially listed six witnesses for the trial, it would not be calling on the remaining three, adding that he is offering them to the defence for cross examination if they so wished.

But, the counsel to the defendant, Adegboyega Awomolo (SAN), said the defence does not need the witnesses, adding that the prosecution can go ahead to close its case if it so wishes.

Shortly after the prosecution announced the closure of its case, Awomolo informed the tribunal of its intention to invoke section 303 of the Administration of Criminal Justice Act (ACJA), 2015.

He pleaded with the tribunal to allow him prepare a written address and urged the chairman to order the registry to make record of proceedings available to him to guide him in the written address.

The prosecution did not object to the application, prompting the tribunal chairman, Danladi Umar, to make an order on the registry to avail parties in the matter with the record of proceedings.

He also ordered that the record must be made available to the parties on Monday and adjourned hearing in the no case submission to March 29.

Okagbue, in her evidence in chief, told the tribunal that Onnoghen maintains five different accounts with her bank in Abuja.

According to her, two of the accounts are naira accounts, one saving and the other current, while the remaining three in pounds, dollars and euro.

The witness said she met the defendant once in 2015 as a Relationship Manager.

Under cross examination by Onnoghen’s lawyer, Okagbue said that the five accounts are domiciled in the Wuse branch in Abuja and that Onnoghen never made any foreign transfer from the accounts.

She also confirmed that the five accounts have one Bank Verification Number (BVN). The witness however admitted that Onnoghen has a facility of $500,000 as at January 2019 with the bank secured by his investment in bonds and other investment.

She further admitted that Onnoghen as a disciplined account holder was encouraged by the bank to invest in profit yeilding investment and that interest in the investment are regularly credited to his account, adding that the bank made investment on Onnoghen’s behalf from his account.

Earlier, the second prosecution witness, Awal Yakassai, under cross examination, admitted that two assets declaration forms submitted to the Code of Conduct Bureau (CCB) by Onnoghen three years ago have till date not been verified.
Yakassai, a retired director of the CCB, when his attention was drawn to the column for remarks, admitted that no comment was made on the verification column indicating that the forms have not been verified.

Answering a question, Yakassai further confirmed from the forms that Onnoghen has only five houses contrary to allegation of 55.

One of the houses was said to have been sold to him by the federal government.