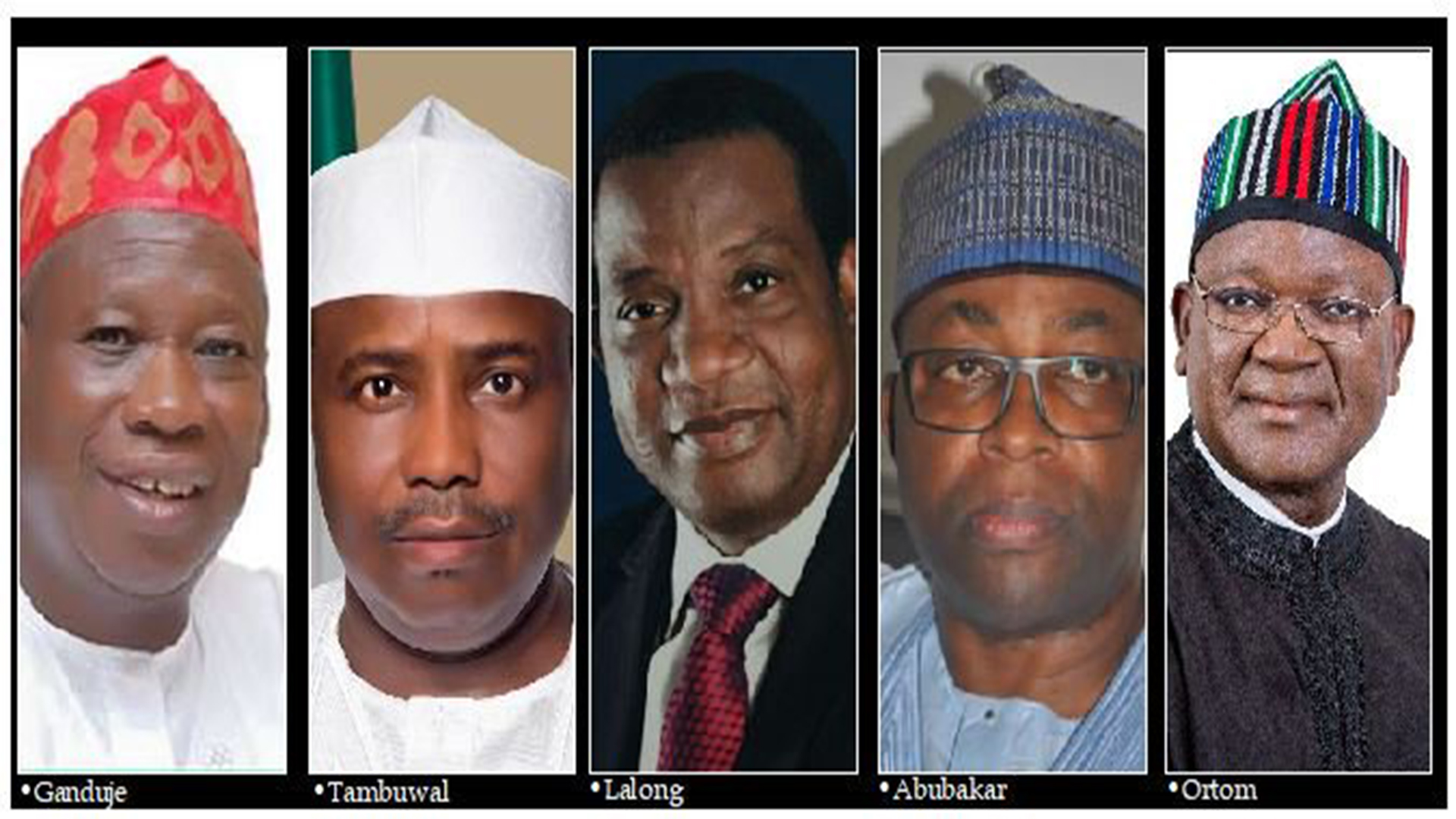 Voters in parts of Kano, Sokoto, Plateau, Benue and Bauchi are heading back to the polling centres today eager to end days of apprehension caused by the March 9 inconclusive governorship and state assembly elections.

Although, the elections will take place in only a few parts of the affected states, the security agencies are leaving nothing to chances.

The Police yesterday announced a total restriction of vehicular and human movement in Kano and Plateau states.

Security is also being beefed up at flashpoints in Benue State with a view to protecting lives property and electoral materials.

Soldiers in Sokoto State extended their “Show of Force Exercise” to six violence-prone local government areas of the state ahead of the supplementary election.

The Peoples Democratic Party (PDP) in Bauchi State, which had threatened to boycott the election, announced that it was now ready for the election while the All Progressives Congress (APC) strongman in Benue State, Senator George Akume, boasted that nothing would save Governor Samuel Ortom from losing the election.

In Kano State, 128,324 voters will decide the fate of the incumbent Governor Abdullahi Ganduje of the APC and Abba Kabir Yusuf of the PDP in the supplementary polls in the state.

They will vote at 207 polling units spread across 28 local government areas.

Tension remained thick in the air last night as residents prayed for the election to come and go peacefully.

Governor Ganduje urged residents to remain calm and expect nothing short of victory for his party.

He said the PDP candidate and his supporters would be shocked today by the turn of events against them.

According to him, “as the governor of Kano State and the chief security officer of the state, I cannot sleep if any drop of blood is wasted. Brandishing of harmful objects is also abhorred by my administration.

The PDP governorship candidate, Abba Kabir Yusuf was equally optimistic of carrying the day. His spokesperson, Sanusi Bature Dawakin-Tofa said: “We are known to be peace lovers and so we shall remain, as we are very sure of victory during the rerun.

“Our supporters should not forget that PDP is already leading in the last count of the election and interestingly, the rerun would take place in the strongest areas of our party.

“We urge everyone to keep hope alive in our quest to rescue Kano from the hands of corrupt leaders and agents of distraction.”

The Resident Electoral Commissioner (REC) in the state, Prof. Riskuwa Shehu Arabi, said three additional RECs from Zamfara, Kebbi and Ogun states had been deployed to Kano to ensure a successful exercise.

He said: “We are working to make sure that we don’t have any distraction. We have held series of meetings with stakeholders to review our strategies.

“We have also held meetings with leaders of both political parties, and we have made them to understand that the election is not a war.

“They have also promised to talk to their supporters to conduct themselves in peaceful manner. Securities agencies have assured us of adequate security.

“I am sure the Commissioner of Police has been talking to different groups of people, particularly the youths. I am very confident we will have a peaceful election on Saturday.”

“I warn that no one should test our might because we would not hesitate to clampdown on anyone who tries to disturb the peace enjoyed in the state,” he said.

He asked parents, traditional leaders as well as political leaders to ensure that their wards and supporters conduct themselves in a responsible manner during the supplementary elections.

The Police Command warned that there would be no vehicular or human movement in all the 44 local government areas of the state from 6am to 6pm today.

It said: “No vehicle, motorcycle or tricycle will be allowed to move between 0600hrs and 1800hrs on that day. Eligible voters are advised to take a walk to their polling stations. Inconvenience regretted, please.”

Restrictions in Plateau too

The Plateau State Police Command also imposed total restriction of movement of persons and vehicles in all parts of the state from 6:00am to 6:00pm today during the supplementary elections.

The Command said in a statement that it was committed to ensuring that the people of the state exercise their franchise without fear of molestation.

It said the restriction was aimed at preventing the movement of people from local governments where elections will not be held into areas where election would be taking place to ferment trouble.

The Nigeria Army yesterday extended its “Show of Force Exercise” to six violence-prone local government areas in Sokoto State ahead of the supplementary elections.

Addressing the motorcade before taking off from Sokoto, Maj.-Gen. Hakeem Otiki, General Officer Commanding (GOC), 8 Division of the Army, said the exercise was to arouse public attention to the presence of the military.

Otiki explained that the exercise was not meant to intimidate the public, but to express army readiness to curtail any form of public disturbance.

He said further that the exercise would also serve as warning to hoodlums and other disgruntled elements that might plan or intend to disrupt the upcoming supplementary elections.

The GOC added that similar exercise was conducted for hours in Sokoto metropolis on Thursday and urged the people to cooperate with law enforcement agencies in ensuring peaceful coexistence in the country.

The Peoples Democratic Party (PDP) in Bauchi State, which had threatened to boycott the supplementary polls, said yesterday that it was ready for the election.

The party says it is well prepared as it urged voters to come out en masse to exercise their civic right.

Addressing reporters in Bauchi, the Chairman of the party, Alhaji Hamza Koshe Akuyam said: “You know we are leading. As it is now, what we want to do now is to cap it up. Insha Allah, by tomorrow (today), even if the Inspector General of Police comes to Bauchi, the people of Bauchi will still decide who they want.

“We are good to go. PDP is not afraid of election, and more so, we have won this election and we will continue to win”

Alhaji Akuyam said the party remained committed to the peaceful conduct of the re-run elections.

They had threatened not to participate in the supplementary election after the Independent National Electoral Commission, INEC, released the date for the rerun.

“I don’t know what INEC is up to. Maybe they are reading somebody’s script. We are not going to participate in this election.

“Our legal team will look at this matter, though it is not just about going to court.”

Mr. Rotimi Oyekanmi, the Chief Press Secretary to INEC Chairman, Prof. Mahmood Yakubu, said on Channels Television that the commission would conduct the poll in other affected areas of the state.

“We are going to conduct an election in Bauchi tomorrow (today) except in Tafawa Balewa Local Government Area because of the court action instituted by the All Progressives Congress (APC) and its candidate,” he said.

He expressed displeasure at the rate at which politicians were filing litigations in court, and appealed to them to accept the outcome of election whether they lose or win in the contest.

Oyekanmi said: “As a law-abiding agency, we have to comply with the order. But we are challenging that order. People will be confused as to what is going on.”

He said he was leaving on account of “recent developments and political realities of present day Bauchi State.”

He added: “”During my stay in office as Commissioner for Rural Development and thereafter Commissioner for Finance for a period of almost two and half years, I in all honesty enjoyed working with your Excellency, who has always given me regard, respect and fatherly advice. Indeed, the gesture is of course reciprocal.

“Therefore it is my privilege and singular honour to most sincerely register my appreciation for the recognition accorded me by his Excellency, Governor Mohammed Abubakar, to serve his government and the good people of Bauchi State as a commissioner, promising to answer another call to serve my dear state ever when called upon to do that in another capacity as the need may perhaps arise.”

Garba Sarki, who was the Director General of the campaign team of Bauchi State Governor, Mohammed Abubakar in 2015, added that he remains in the ruling APC.

Speaking with our correspondent, Akume, a former governor of the state said: “Find out from this man (Ortom) precisely what are your achievements? Sometimes I look at this and laugh because one of the achievements he claims is a private initiative in my village, a privately-owned soya processing factory.

“Those who go to Benue will weep for that state. This is a state that has all the potentials of feeding the entire West Africa sub region.

“Recently I heard that he bought 50 tractors to distribute to farmers and what is 50 tractors?

“When I went to Government House during President Buhari’s visit, I saw ten tractors and I don’t know whether it is just for show man ship but when Sokoto bought 2000 tractors over two years ago, Kebbi got 1,500.

“The Benue farmer is very hard working, the Benue man is an intelligent person but they also need an enabling environment to enable them express themselves maximally and efficiently in agricultural sector in particular, but it is not happening.

“The schools in Benue state, if not because of school feeding, primary schools would have been dead; the teachers go there, they don’t teach because they are not being paid.”

However, Ortom’s representative at the INEC Collation Centre, Mr. Alex Ter Adum, told The Nation that the supplementary election is just a formality for the governor.

He added: “As I stated earlier, I am saying that the returns by the Returning Officer for the election were not in accordance with the requirements of Section 179, sub-section 1 of the Constitution of the Federal Republic of Nigeria.

“It is also not in conformity with requirements of Section 26 of the Electoral Act; neither does it comply with the provisions of Regulation 47 of the Guidelines for the Conduct of this election; they ought to have isolated this issues in the ways specified in the Guidelines.

“In places where elections were held and result s were mutilated thereafter when results have been declared at the polling units, they ought to have entered zero scores for all the political parties and voided all the results.

“In areas where the Smart Card Readers was deployed and resisted by voters, and where manual accreditation was done, they ought to have voided those votes and declared zero for all the political parties.”

“So, if you take the deductions from all these areas which occurred in Ukum, Guma, Gwer East, Okpokwu and Konshisha local government areas, the margin of lead for my candidate which is 81, 000 votes ought to be more and above the margin of places where elections were cancelled or did not hold.