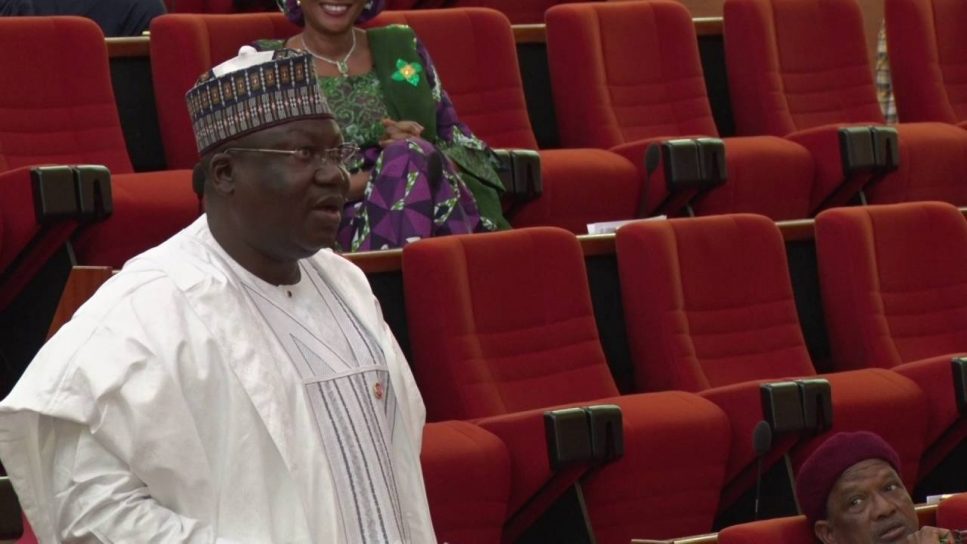 Elected under the Young Progressives Party (YPP) on Feb. 23, Ubah is one of the 11 senators-elect who were with Lawan at an interactive session with newsmen in Abuja.

Lawan, who represents Yobe North in the 8th Senate under the ruling All Progressives Congress (APC), is seeking to lead the 9th Assembly as President of the Senate.

Ubah told newsmen at the forum that Lawan is a good man with the best experience in the Senate, hence his decision to pinch tent with him.

The Yobe lawmaker, who is the current Senate Leader, has been in the Upper Chamber since 1999.

“Lawan is a very good man, and has the best experience, I believe in the Senate. For me it is a free world, it is democracy.

“So, I am free, and I am pinching tent with him because I believe he is the kind of leader we need in the 9th Senate,’’ Ubah said.

Asked why he is associating with a member of the APC widely seen as an unwanted party in the South East, Ubah said he could not be an island in the Senate.

“It is a choice anybody has to make. I can’t be alone in the Senate. If any group comes up and wants to lead the Senate, it is a duty for me to look at them and see if I can pinch tent with them.

“What we are trying to bring to Nigeria under YPP is a revolution of change. But I cannot be an island in the Senate.

“I must join a group, which I see as progressive like us in YPP. Today, I have pinched tent with Ahmed Lawan,’’ he said.

The businessman and entrepreneur said he is bringing to the 9th Senate his wealth of experience in the economic and other sectors.

“ I run the biggest platform in the downstream sector of the economy. If you look at sports, I don’t think any individual Nigerian has invested 10 per cent of what I have invested in Nigerian football in the last five years.

“When you talk of the maritime sector and other areas, I am big player. This is coupled with the fact that I am also a strict man.

“So, I n know what the common man in the street wants and how I can help to change the face of this country. It is very important at this particular point in time.

“I am sure you know I am also one of the biggest employers of labour in this country. So, I am coming to the senate with a lot of goodwill for the masses of the Nigerian and most especially for my senatorial district,‘’ he said.