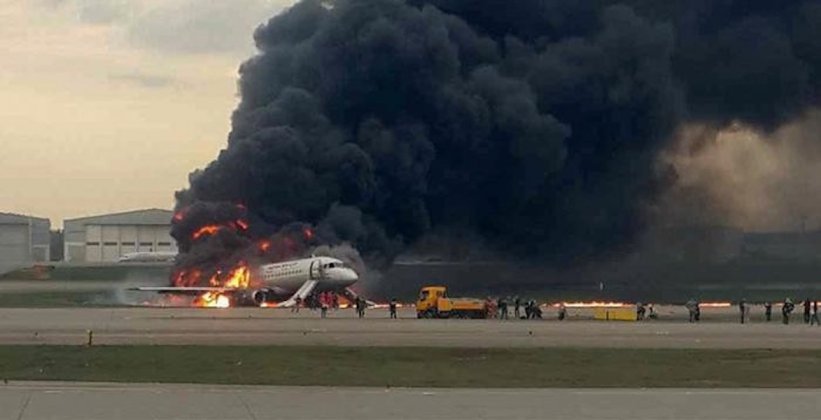 Forty-one people died after a Russian plane made an emergency landing and burst into flames just after takeoff from Moscow’s Sheremetyevo airport.

Survivors suggest the plane was struck by lightning, but Russia’s national carrier said that it returned to the airport for technical reasons.

Two children are among the dead. The jet had 73 passengers and five crew.

The aircraft landed with full fuel tanks because the crew lost contact with air traffic controllers and decided it was too dangerous to dump fuel over Moscow, Interfax added.

“There are 37 survivors – 33 passengers and four members of the crew,” said Yelena Markovskaya, an official involved in the investigation of the crash.

A flight attendant was also reportedly killed in the incident. Five people are in hospital. One witness said it was a “miracle” anyone escaped.