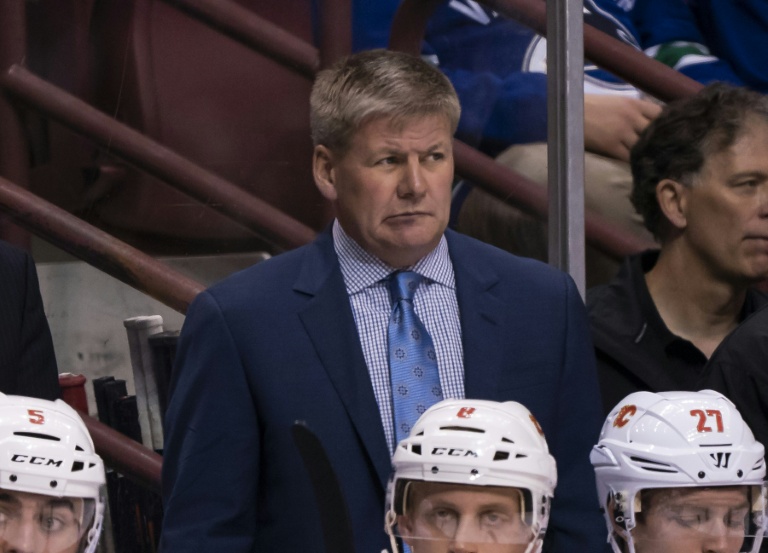 Bill Peters resigned as coach of the Calgary Flames on Friday, four days after a former player said the coach had used racial slurs a decade ago.

“Effective immediately, Bill Peters is no longer a member of the Calgary Flames organization,” Flames general manager Brad Treliving said at a press conference on Friday.

Peters’ resignation comes after the NHL and the Flames said they would investigate the accusations of Nigerian born player Akim Aliu, who said he was subjected to racist language during the 2009-2010 season while playing for American Hockey League (AHL) side Rockford IceHogs.

Aliu was drafted by the Chicago Blackhawks in 2007 and later spent time with the IceHogs, the Blackhawks’ AHL affiliate where Peters was the head coach.

Aliu, who moved to Canada at the age of seven, later said he was demoted after he “rebelled” against the use of the racist language towards him.

“The subject matter we’ve been dealing with over the last few days is difficult and hard and does not in any way reflect the core values of the Calgary Flames,” Treliving said. “It’s been a difficult time, but we are going to move forward.

“Geoff Ward will be our interim coach,” he added. “I met with our players this morning and we’re ready to move beyond this and focus on the game on the ice.”

Associate coach Ward guided the Flames to a 3-2 overtime win over the Sabres in Buffalo on Wednesday.