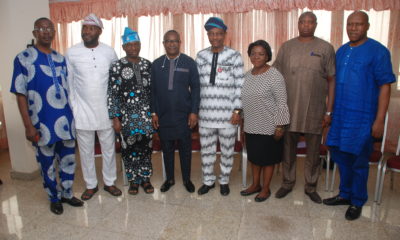 A political group, Anambra Destiny Movement (ADM), has rejected zoning arrangement being canvassed by some persons, especially those within the corridors of power at the state level.
It said promotion of zoning was synonymous with promoting mediocrity and incompetence.
It called for the conduct of local government election, saying the continued use of caretaker committee was undemocratic.
President of the group, Chief Ekene Enefe, in a media chat in Awka, yesterday, said party affiliation or zoning should not be a determinant factor in who becomes the next governor.
Already, the All Progressives Grand Alliance (APGA) has zoned the governorship to Anambra South Senatorial zone.
On the other hand, the Peoples Democratic Party (PDP) declared that its gubernatorial ticket is open to candidates in the all zones.
Enefe said though the ADM has no alliance with any party, it would use its influence at the grassroots to mobilise support for the best candidate in 2021 irrespective of party affiliation.

Read Also: ‘Some Factors May Trigger Deregulation In Petroleum Sector’

“Anambra is neither a birthright of any political party nor an empire that was up for grabs by any other party. It is a state in dire need of focused and purposeful leadership; that is why ADM is calling on them to bring their best to the arena or lose the election.
“We are not even going to support anybody because he is a member of party ‘A’ or party ‘B’ but because experience has shown that the so-called good parties don’t allow the masses to have access to quality candidates.
“Candidates for Anambra governorship election in 2021 must be merit-based. ADM which is rooted in the 21 local governments will work for the victory of the best candidate based on his/her track record and the manifesto of the party,” he said.
He demanded the conduct of local government election, saying it was ‘uncharitable’ to continue running the council with transition committee members.
“Anambra is ripe for local government elections. We need development and political participation at the community levels.
“The situation where transition committees are running the system is most uncharitable,” he said.