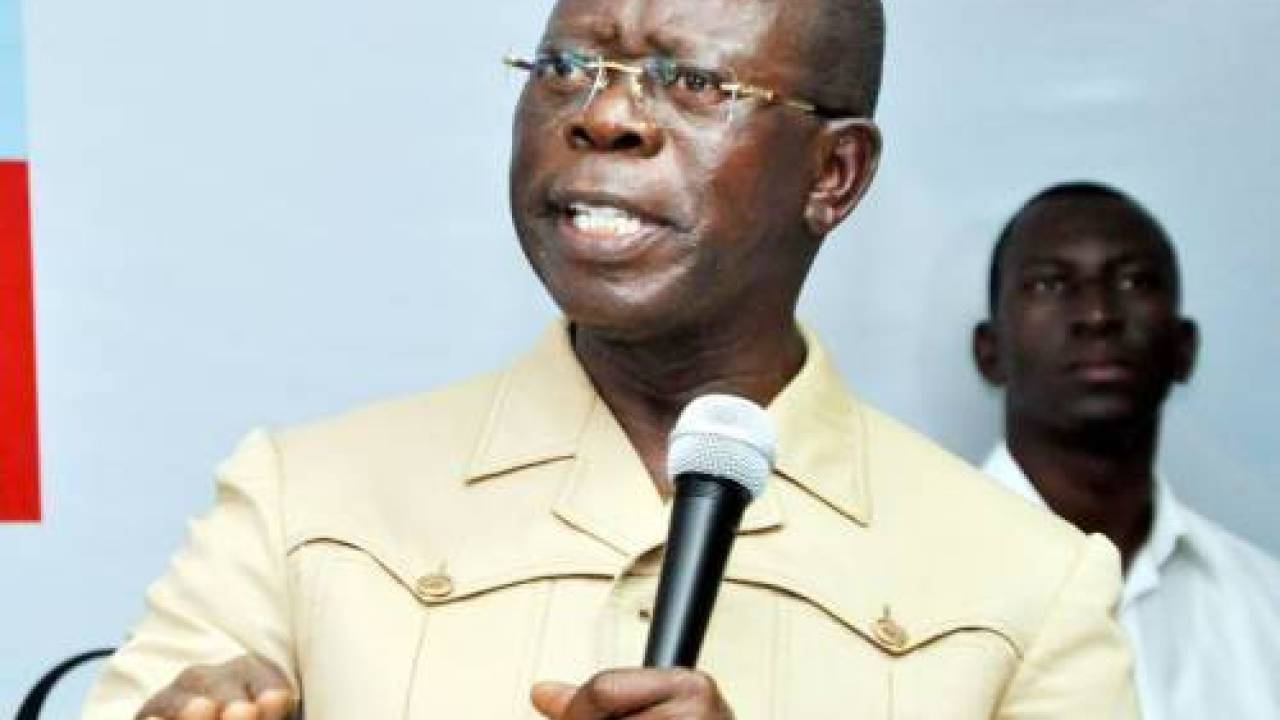 A group, Edo Youth Vanguard has warned the national leadership of the All Progressives Congress (APC) to steer clear of Edo State on the illegally planned APC rally scheduled for Friday, December 13, 2019 in Benin, the state capital.

It urged President Muhammadu Buhari to call the party’s National Chairman, Comrade Adams Oshiomhole to order over his support for a rally that has the potential of creating crises and breaching the fragile peace in the state.

A faction of the party in the state which has the backing of Oshiomhole has fixed Friday for a rally to receive defectors into the party without the knowledge of the state governor, Mr. Godwin Obaseki and the party’s state chairman, Mr Anselm Ojezua.

Governor Obaseki travelled on Tuesday with President Buhari to Egypt on national assignment and they are expected to return on today.

In a statement issued in Benin by its president, Nosakhare Oseghale and Secreatry General, Edward Ikhide, the EYV questioned the rationale behind the proposed rally, stating that the timing and approach are not only wide off the mark but has sinister motives of eventually fomenting trouble to create an impression of anarchy in the state.

According to Oseghale and Ikhide, issues of public safety are hanging in the balance if the purported rally is allowed to take place, adding that available security reports clearly give credence to the apprehension that the political rally has sinister motives.

He said: “We are amused that some politicians are planning an ill-conceived political rally for Friday and it’s being done without the knowledge of the state’s Chief Security Officer, Governor Godwin Obaseki, who is on a national assignment with President Muhammadu Buhari.

“More curious in the ill-timed proposed rally was the complete and deliberate neglect of the party’s state executive led by its chairman, Mr Anslem Ojezua. So, the question begging for answer is who is the Abuja team organizing the rally for?

“This is the yuletide season and there are already movements within and outside the state, why the desperation to pull down the fragile peace in our state just to prove that a deteriorating influence is still potent?

“For all intents and purposes, this planned rally is provocative and highly susceptible to violence. How can you guarantee the safety of Edo people in a rally where neither the state governor, who is the leader of the APC in Edo State, nor other leaders of the party is aware of the purported declaration rally?”

He urged President Buhari to put a check on the activities of Comrade Oshiomhole, adding that, ‘Edo State is greater than any man or interest.”