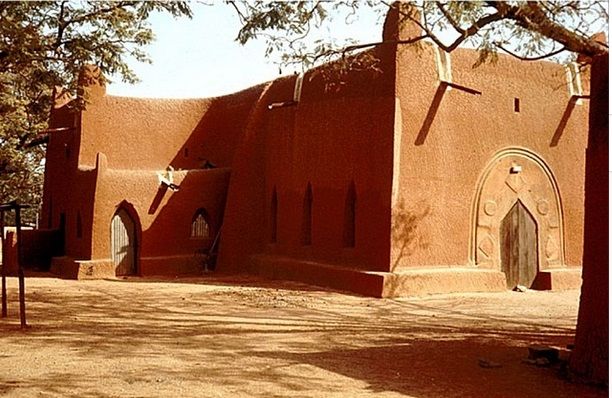 A fresh dispute is brewing in Zaria, Kaduna State between the state government and the Zaria Diocese of the Anglican Communion over plan by government to demolish St George’s Anglican Communion, Sabon-Gari, Zaria. The church is reputed as the one of the oldest in the North.

It evokes a lot of significance for the church members and for the Zaria community who have come to see the structure as part of their heritage. The move, which has since triggered a sense of disquiet among the Christians resident in the university town, followed a recent quit notice issued to the church by the Kaduna State Urban Planning and Development Agency (KASUPDA).

The quit notice was addressed to the Bishop of the diocese, Abiodun Ogunyemi. It stressed that following a directive by the governor on the issue of market development and for which compensation has been duly paid the church must vacate its residence within seven days. The notice warned that failure to comply with the directive would leave the agency with no option but to evict them at their own expenses.

The appealed to Governor Nasir el-Rufai for understanding and reasons the church should not be demolished. The church told him: “St George Church mentioned in the notice is actually our Cathedral, the headquarters of this diocese and one of the oldest churches in the Northern part of this country.

“We have held series of meetings with government officials, especially with the Ministry of Commerce and Tourism where it was agreed to exclude the church from its planned market expansion given regard to its historic significance. In 2016 when the same issue was raised again, it was resolved with his Excellency’s assurance to let the matter rest as decided in the attached letter.”

A senior official of KASUPDA, who spoke to Daily Sun on the condition of anonymity, explained: “We are carrying a directive of the governor. If he feels that we should not demolish the church, we would comply. But for now, there is no such directive.

“We have demolished several structures, including mosques and churches and we paid compensation where necessary. But we have not received any complain from any other interests, except that of St. George, Sabon- Gari. Let the church resolve its problem with his excellency, not with us.”

Bishop Ogunyemi believed there is a hidden agenda behind the whole saga: “We have written to the governor and we are yet to get his reply. The church is not opposed to efforts to extend the frontiers of development in the town, but roping the church into the trouble is unfair as the location of the church does not affect or obstruct the re-construction of the market.

“After all, when former Governor Ahmed Makarfi re-constructed Kaduna Central Market, the church and mosque were not demolished. Instead, they were modernised. The mosque and church there are still serving the people of that area.

“St. George Church was built in 1908. It is significant to the members of the Anglican Church and to the Christian community in Northern Nigeria as a whole. The church has all documents including C of O signed by the late Sir Kashim Ibrahim, the then Governor-General of the defunct Northern Region.

“The headquarters of the Anglican Communion is aware of the saga. This issue has been resolved long ago with past governors, including el-Rufai himself. I don’t know who brought it back again.

“One day, Archbishop Ali Buba Lamido (Wusasa Diocese) asked me to go to the Government House and apologise to Governor El-Rufai. I told him I would not go because I have not done anything wrong by writing to the governor on our position. I said the governor should have either replied me or invited me to see him. I would not apologise and I would not go.

“Bishop Lamido later took some members to the Government House, where they met with the governor. I was told they discussed specifically the issue of the demolition of this church and resolved that churches and mosques would not be affected. I was told by Bishop Lamido that the governor was not happy with my position and he considered me a threat to his policies on the issue.

“I will like to inform his excellency that, though he is yet to reply my letter, but I want assure him that I appreciate his development projects.  But this is the property of God as such it is my duty to speak and defend it at all costs and protect the interest of the concerned worshippers. I don’t think I have committed any crime by performing my duties.”

A housewife and church member, Mrs Clara Ignatus, said: “You don’t know how much we love this church and how we enjoy prayers inside the church. Besides, the location of the church is far off from markets. It does not affect any plan to have more shops or create any inconvenience to customers.”

Sixty-year-old Abraham Simon, who lives on Lagos Street: “I was born and brought up here. My grandfather attended this church, my father too and my self. So, it is a part of our history. Please, Mallam Nasir el-Rufai, think again.”