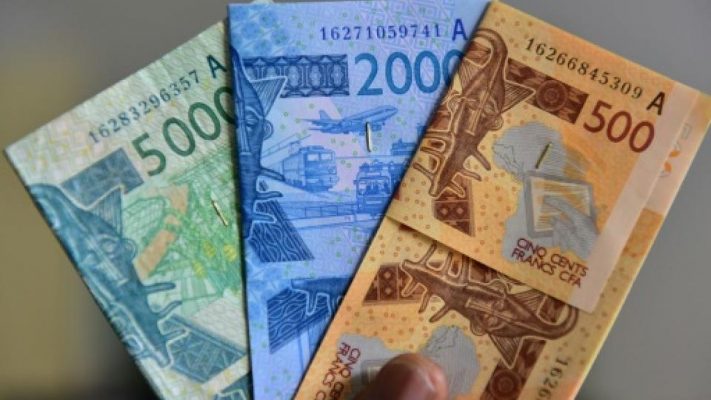 Last Saturday, France, through the instrumentality of their most faithful poodle in West Africa, Alasane Ouattara, kidnapped the West African currency that was to be launched next year for the 15 countries in the region. In a press conference in Abidjan, Presidents Macron and Ouattara announced that the 8 West African countries using the CFA Franc currency would adopt the Eco as their new currency next year.

The announcement was done the day ECOWAS was meeting for a final adoption of Eco, also decided for 2020. The French move breaks up the 30-year struggle by ECOWAS to establish a regional currency to promote trade and development. What France has done is that it takes over the responsibility of establishing and even printing the new currency and presents the other countries in the region with a fait accompli.

France is also keeping the new currency attached to the Euro and therefore aligning it with its colonial interest as it has always done with the CFA. This means that the other seven West African countries can only join on conditions established by France. The implication is that Nigeria is essentially kept out of the currency because the country will not accept the conditionalities established by France.

The long delay in establishing the Eco has been caused by the inability of the 15 ECOWAS countries to meet the convergence criteria they set for themselves. These are that the inflation rate of less than 5 percent is maintained. The budget deficit is not more than 3 percent of GDP and that each country has enough foreign reserves to cover at least 3 months of imports.

The problem now is after failing to meet these conditions over the past two decades, the eight countries have now adopted the currency without meeting them. This means economics has been set aside for political reasons. There are three political factors that motivated the French decision to take over the baby ECOWAS has had great difficulty in delivering.

The first reason is that over the past five years, a successful campaign has been on-going castigating the CFA Franc as the instrument through which France maintains total control over the economic affairs of its colonies – the argument being economic decolonization never occurred. The Francophone countries have to keep 50 percent of the foreign reserves permanently with the French treasury and they cannot make international transactions without going through Paris.

There were demonstrations that French board members in the West African (French) Central Bank must be removed, which is the reason that France has finally agreed that it will not have direct representatives in the Eco Central Bank. What France is trying to do now is to argue that the “colonial” CFA Franc established is now dead and the Eco is a new currency that is not French controlled. It’s the biggest lie of the year.

The second political reason is related to recent developments on the war on terror in the Sahel. It will be recalled that on 11 January 2013, French warplanes attacked jihadist convoys that were advancing on Bamako, Mali’s capital. The jihadists were already in control of two thirds of Malian territory having successfully defeated and evicted the Malian army from northern Mali.

Initially, the three jihadist groups involved, namely Al Qaeda in the Islamic Maghreb (AQIM), its offshoot The Movement for the Oneness of Jihad (MUJAO by its French acronym) and Ansar Dine were confident that they would takeover Bamako but the French stopped them. I visited Mali shortly after and France was super popular in Mali and ordinary people were flying the French flags in their houses and cars.

Over the past few years however, France became very unpopular in the Sahel because of widespread belief that they were pretending to fight the jihadists in public but supporting them in secret. People are saying with their vast array of drones, planes and satellite cover, how are convoys of hundreds of terrorists able to drive over hundreds of kilometres and attack soldiers without warning from the French. These attacks have been happening with increasing regularity and devastating effect.

President Macron has been very angry that Sahelians were criticizing his country and ordered the Presidents of the five Sahelian countries to report to Pau in southern France to be told off for not convincing their citizens that France was a good friend. The meeting which was to hold this December has been postponed to January following the killing of 71 soldiers in Niger by the jihadists. France is therefore using the Eco currency launch as a public relations gimmick to rebuild its battered image.

The third political motive for the Eco move is to ensure that Nigeria is permanently kept out of the currency. As Professor Ibrahim Gambari has always said, France has always defined itself as the main power block in Africa and so has always seen Nigeria’s self-definition as an African power as a threat to its interests. It is therefore surprising that Nigeria, which is the main target of this French action has been quiet about what is going on. Meanwhile, the French are trying to woo Ghana to join Eco so as to completely isolate Nigeria. The fact that Nigeria has closed its borders with its three Francophone neighbours also created conditions to push the Francophone countries to join this plot against Nigeria. In this tenth year of the battle against Boko Haram in which France is a major player with troops, planes and drones on the ground, understanding the French role in West Africa is very important and my hope is that we have a strong working group following the issues.