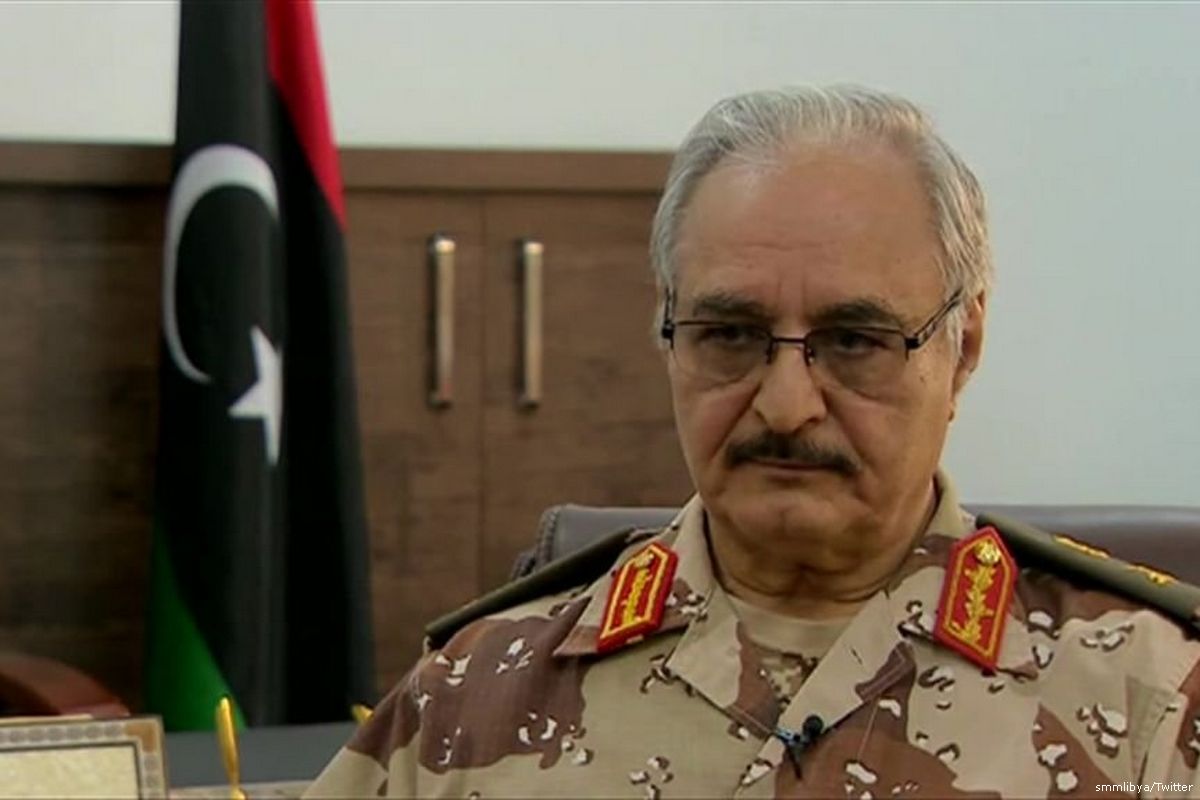 Libya’s renegade General Khalifa Haftar has “agreed to comply” with the terms of an existing ceasefire agreement in Libya, according to German Foreign Minister Heiko Maas.

The agreement would consolidate a current truce between Haftar’s self-styled Libyan National Army (LNA) and Libya’s UN-backed administration, the Government of National Accord (GNA).

Haftar’s administration, in eastern Libya, has often been at odds with the GNA in Tripoli, since the fall of Libya’s strongman leader Moammar Gadhafi. Last year, at least 1,000 people were killed in and around Tripoli between April and July, according to the World Health Organization, as Haftar’s forces and other militias attempted to take over the capital.
The nine-month campaign appeared to pause over the weekend, when Haftar accepted a conditional ceasefire. But on Monday, he abandoned peace talks with the GNA in Moscow, leaving without signing a draft agreement.
Now, there may be new hope. “General Haftar has made it clear that he wants to contribute to the success of the Libya conference in Berlin and he is ready to participate to it in principle,” the Germany Foreign Ministry tweeted on Thursday, after Maas met with Haftar in Benghazi.
“He has agreed to comply with the existing armistice.”
But neither Haftar, the LNA or GNA has yet commented on Germany’s claim.

Peace summit
German Chancellor Angela Merkel said Thursday she believed the message from the meeting between Mass and Haftar was “good news.”
It comes just days before she hosts a Libya peace summit in Berlin on Sunday. The summit aims to begin a UN-led political process that leads to a “commitment to a ceasefire, to ending arms supplies from other countries to Libya, and to resuming the political process in [the] country which has been shaken by years of civil war,” according to the German government website.
“It is a good message that [Haftar] is willing to keep to the ceasefire. That’s the prerequisite,” Merkel said.
However, she cautioned, “At the Libya conference we must above all see that the weapons embargo is adhered to again, which is basically agreed by the UN but unfortunately not kept to.”
Speaking to CNN’s Becky Anderson on Wednesday, the UN’s Special Representative to Libya Ghassan Salame described the Berlin summit as an attempt “to salvage” what happened in Moscow.
In Berlin, the UN will add more details to the draft agreement and bring a larger group of countries on board to “support and consolidate the truce”, through the appointment of a neutral monitoring mechanism, he told CNN.
Meanwhile on Thursday, Turkish President Recep Tayyip Erdoğan said that he will be sending troops to Libya to ensure “stability” is maintained in the North African country.
Both Turkey, which supports the GNA, and Russia, which has backed General Haftar in the past, have also led international efforts to achieve a peace deal between the rival factions, and brokered the failed Moscow talks.