The World Is Drowning In Debt 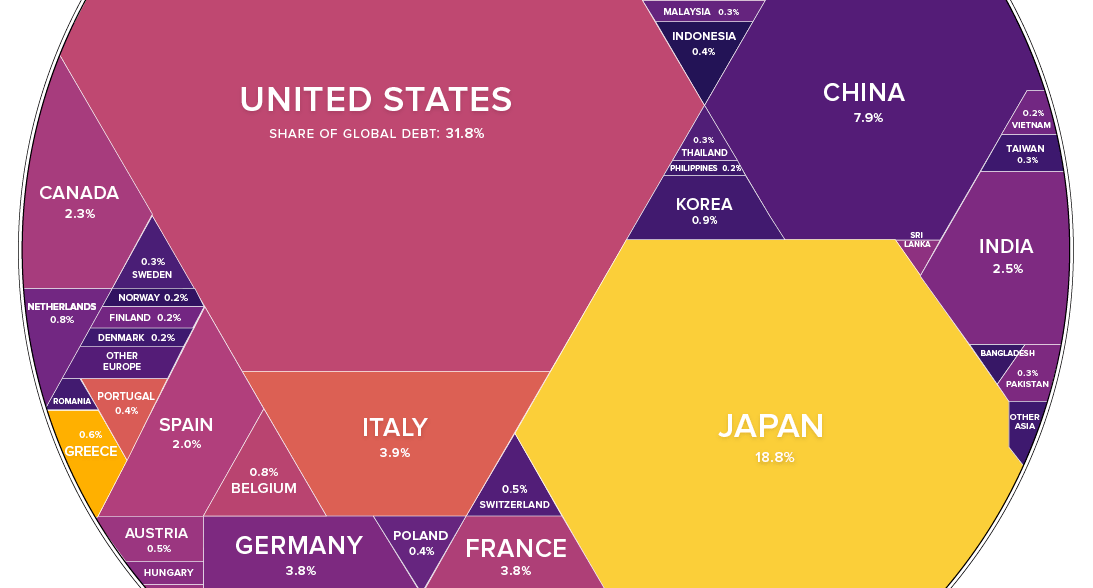 The world’s already huge debt load smashed the record for the highest debt-to-GDP ratio before 2019 was even over.

In fact, it broke that record in the first nine months of last year. Global debt, which comprises borrowings from households, governments and companies, grew by $9 trillion to nearly $253 trillion during that period, according to the Institute of International Finance.
That puts the global debt-to-GDP ratio at 322%, narrowly surpassing 2016 as the highest level on record.
More than half of this enormous number was accumulated in developed markets, such as the United States and Europe, bringing their debt-to-GDP ratio to 383% overall.
There are plenty of culprits. Countries like New Zealand, Switzerland and Norway all have rising household debt levels, while the government debt-to-GDP ratios in the United States and Australia are at all-time highs.
In emerging markets, debt levels are lower, for a total of $72 trillion, but they have risen faster in recent years, according to the IIF.
China’s ratio of debt to GDP, for example, is approaching 310%, the highest level in the developing world. Investors have long kept a skeptical eye on the highly-leveraged country. Following a push for Chinese companies to reduce their borrowing in 2017 and 2018, debt levels rose again last year, the IIF said in its Global Debt Monitor report.
Such massive worldwide debt is a real risk for the global economy, especially because the IIF expects levels to rise even further in 2020.
Read Also: Billionaires Richer Than 60% Of The World’s Population
“Spurred by low interest rates and loose financial conditions, we estimate that total global debt will exceed $257 trillion” in the first quarter of 2020, the IIF said.
The Federal Reserve lowered interest rates three times last year, and the European Central Bank’s benchmark rate is still at its post-financial crisis lows.
Despite favorable borrowing conditions, the refinancing risk is massive. A total of more than $19 trillion of syndicated loans and bonds will mature in 2020. It’s unlikely that all of these will be refinanced or repaid.
Another issue that the report brings up is the financing needs for urgent climate change action.
The United Nations’ Sustainable Development Goals require $42 trillion of infrastructure investments by 2030, but “countries with limited borrowing capacity could face severe challenges in meeting development finance needs,” the IIF said.
CNN