Wickedness In The Name Of God 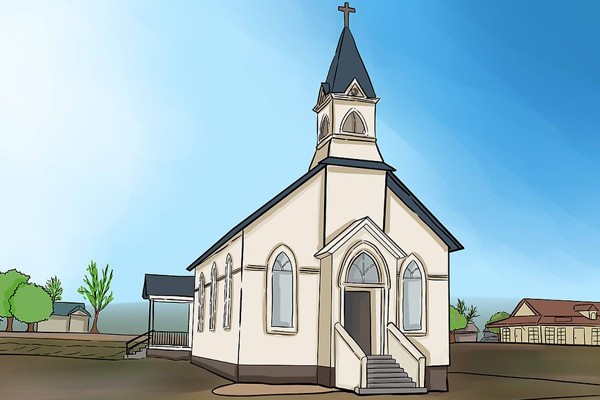 My wife was introduced to Joshua Iginla’s ministry in Kubwa and she sought my permission to go for a program. I was living in Finland back then in 2016. I granted her permission because I am a believer my self though I was born and still worship with the Methodist church.

I returned back to Nigeria last year in October and to my surprise, my wife has joined the church prayer group and was even leading one department in the church. I tried to calmly remind her that my family is s methodist family and that I wouldn’t want my children to ever forget their roots. She complied and was alternating between Methodist and Joshua Iginlas Church.

I became apprehensive when I found out that my wife spends a lot in the Iginla’s church, from anointing water which cost 10k a bottle to swimming in the church miracle swimming pool which costs an outrageous ₦50,000 per swim. They said that the pool was a modern-day pool of Bethesda.

Read Also: Church Is A Scam

They sell miracle stickers, anointing hand rubber band, anointed olive oil and even miracle handkerchiefs. None of All these items costs below ₦5000. I was livid because I never believed that my wife who is enlightened and well educated could fall for such a cheap and wicked scam.

I asked her how many times she has swum in the church pool and she said 3 times and my kids once each.

I made a mental calculation and that was N250,000 and when you consider all the empty anointed oil bottles, ₦20,000 deliverance kit and holy water bottles with the various stickers that defaced my cars, my doors, and even my children’s toys, I realised, that my wife has been scaled of over N500,000.

I was livid but tried to handle it with maturity. I sat her down and sought to know why she is wasting our resources in such a careless manner and her reply shocked me.

She said that she was making those sacrifices so that God will make my stay in Finland successful. I was dumbfounded.

I worked 4 different jobs back in Finland just to be able to make enough to invest, save and enough to send back home for family upkeeps. I worked for every dime I made.

Anybody who has lived in Europe would know how difficult it was to make a single euro. I worked as a road sweeper, I drove a cab, I sold tickets at HJF Helsinki stadium, I worked as a janitor, I worked as a guard at night at a psychiatric hospital.

I sleep for only 2-3 hrs daily. I did a lot of unsavory things which I didn’t tell anyone just to make ends meet and here was my wife telling me that her swimming sessions, olive oil, and prayers made my stay easier.

I remained calm and went online to study this church and the conman behind the pulpit and what I found was very disappointing. A man of razz character who openly confessed to cheating and divorcing his wife and all.

I asked my wife if she wasn’t aware that the man is not worthy to be a pastor considering his lifestyle and penchant for monetizing deliverance and prayers.

My wife told me that she is not interested in his private life, that it is only God that can judge. That the man is a true and powerful man of God and that I shouldn’t battle with the servant of God as it was a sin.

I just sat looking helplessly at a woman I married thinking she was smart, a masters degree holder reduced to a mere moron by this religious scammer.

I am still giving this whole nonsense a thought. I have considered inviting EFCC to make an official case against this fraud going on. I am also considering banning my wife from attending the church but I know that she would no longer be happy and it may cause friction in my marriage.

Please how best do I handle this issue?