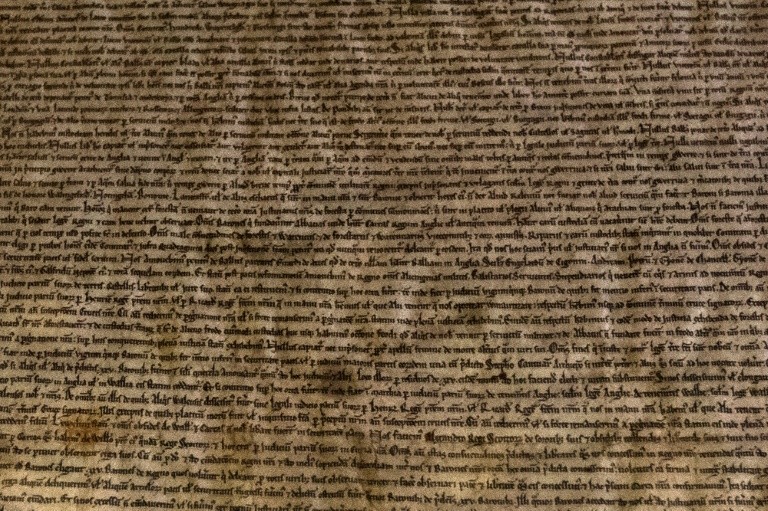 A man was convicted Friday of attempting to steal a priceless 1215 original version of the Magna Carta, smashing its case with a hammer.

Mark Royden, 47, attacked the protective glass surrounding the historic manuscript at Salisbury Cathedral but was chased off by tourists and eventually cornered by stonemasons.

Royden was found guilty by a jury at Salisbury Crown Court in southwest England of attempted theft and criminal damage to the security case costing £14,466 ($18,900, 17,150 euros) to fix.

Royden apparently believed the Salisbury Magna Carta was a fake.

Four original copies from 1215 remain in existence: two in the British Library in London, one at Salisbury Cathedral, and one at Lincoln Cathedral, in eastern England.

The charter has defined rights and liberties around the world.

“There is an irony that the charter of the Magna Carta that this defendant is charged with attempting to steal states that no free man may be imprisoned other than by the lawful judgement of his peers,” judge Richard Parkes told the jury.

“It still holds good and is in the process of the court right now.”

In June 1215, the despotic king John accepted the demands of rebellious barons to curb his powers and agreed the charter at Runnymede, a meadow by the River Thames west of London.

Copies were written out and sent around the country.

Prosecutor Rob Welling told jurors that Royden said he “could have done more damage if he had a samurai sword” and “made some other comments about Muslims, tasers and having some object strapped to his back”.

The court heard that Royden had 23 previous convictions covering 51 offences, including theft and criminal damage.

The defendant, who suffered brain damage in a car accident in 1991, is aided by a carer.

Royden was remanded in custody until sentencing on February 25.

“It’s overwhelmingly likely that Mr Royden is going to an immediate sentence of custody,” said Parkes.

Considered the cornerstone of freedom, modern democracy, justice and the rule of law, the Magna Carta forms the basis for legal systems across the globe, the Universal Declaration of Human Rights and the US constitution.

The principles that justice should be available to all, the law applies equally to all and leaders can only exercise power in accordance with the law continue to resonate around the world.