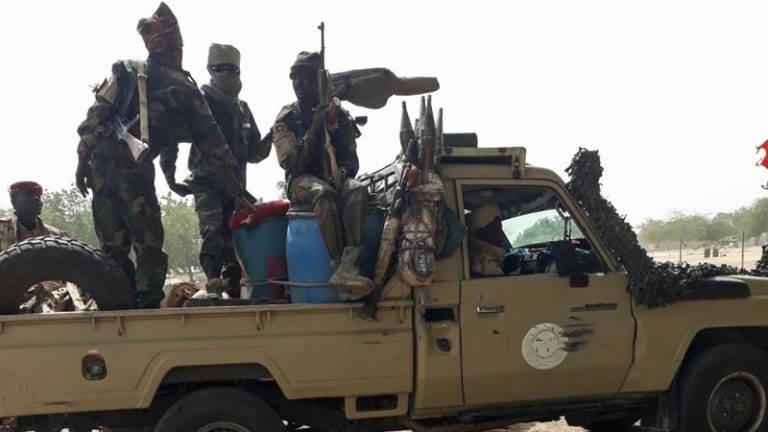 The Military High Command has confirmed that scores of Boko Haram terrorists fleeing intense land and air offensive against their hideouts and camps in the North East were infiltrating the North West and North Central, emboldening armed banditry and other crimes.

This is even as Defence headquarters disclosed yesterday that 104 bandits and 92 Boko Haram terrorists were eliminated during several encounters with troops in several military operations in the North East and North West in the last one week.

“In the past, the highest weapon found among bandits was the GPMG guns and AK 47 rifles because what they are known for is stealing of cows and rams. But now, they are in possession of AA and PKT guns which can be used to bring down an aircraft.

“It is no hidden fact that these are weapons used by Boko Haram terrorists, got from neighbouring West African countries.’’

Speaking on the withdrawal of military from checkpoints across the country, which is capable of opening the way for terrorists and bandits fleeing military offensives to freely relocate to other parts of the country, Enenche said it was due to complaints of Nigerians, especially during the COVID-19 lockdown.

He, however, pointed out that it was an action that would be constantly reviewed and reconsidered since Nigerians are expressing concern over the action.

“But other than the checkpoints, the military still conducts snap checks on the roads to ensure criminal elements don’t have freedom of movement. It is not that the military is completely withdrawn,’’ he said.

While giving an update on military operations across the country, Enenche said: “The troops of Operation Lafiya Dole have continued to exhibit sustained resilience in the fight against terrorism in the North East zone of the Country.

‘’This has been evident in their recent encounters with the BHT/ISWAP elements across the North East theatre of operation. During the period, troops’ encounters with the criminal elements resulted in the destruction of their structures and equipment, as well as the capture of arms and ammunition.

“Our gallant troops also rescued some hostages, with some criminal elements surrendering to the troops. Within the period, the ground troops of Operation Lafiya Dole had no fewer than 17 encounters with the BHT/ISWAP criminals in the North East theatre of operation.

“These encounters resulted in the killing of 75 BHT/ISWAP fighters, capture of large arms and ammunition, as well as vehicles and equipment.

Also recorded were the capture of some criminal elements and spies as well as rescue of 35 BHT captives, while four of their fighters surrendered to our troops.

“Between June 2 and 3, 2020, the Air Task Force of Operation Lafiya Dole conducted comprehensive precision strikes, to mark the launching of its subsidiary Operation Long Reach II on the fringes of the Sambisa Forest in Borno State.”