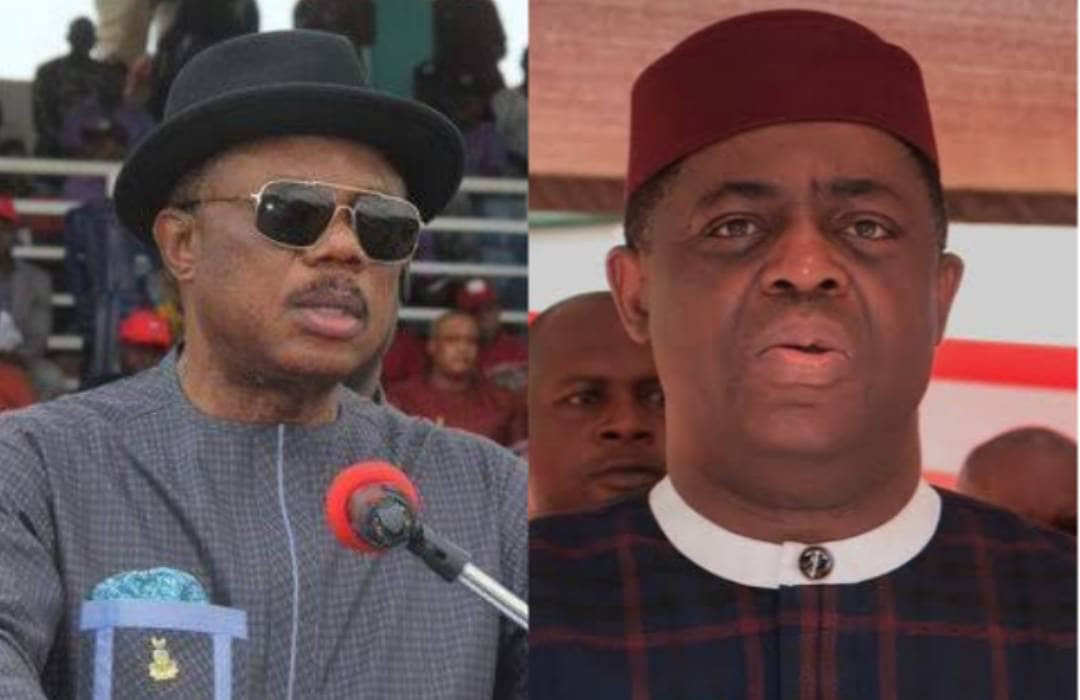 Politics and politicians in Nigeria can be likened to the proverbial piper and his fee. The piper, in this case, being former Minister of Aviation and frontline PDP politician, Chief Femi Fani-Kayode while the tune caller is Anambra State Governor, Chief Willie Obiano.

It has been revealed that for an ample sum of forty million naira, (₦40,000,000), Femi Kayode took to his social media handles and some major media outlets to score Anambra State Governor, Chief Willie Obiano high on security architecture and other infrastructural developments in the state. Femi Kayode gave the commendation when he paid a visit to the Governor at the Governor’s Lodge in Onitsha.

Chief Femi Fani-Kayode who embarked on a personal tour of some South-Eastern states mentioned that the highlight of his tour was the inspection of the ongoing construction of the Anambra state Umueri Cargo Airport project.

“I must commend Governor Obiano for speeding up the completion of the Umueri airport. I am aware the airport must be completed before 2021 election.”

:Both the airport and the international are being prepared as camping projects. The projects are good and must be applauded.”

The Airport which was introduced on the 11th of April, 2017 under the Governor Willie Obiano administration has already gulped an estimated 13 billion naira adding the recent 6 billion (USD16.5 million) allocated for the construction of the Airport. Governor Willie Obiano said the ‘Airport City Project’ will be developed on a 1500 acre site and will feature two runways, an aviation fuel facility, aircraft maintenance facility, airport hotel, business park and international convention centre.

Chief Femi Fani-Kayode commended the Anambra State Government for what he called “a mind-blowing experience” after his tour of Anambra International Cargo Airport under construction in Umueri. He also remarked that the airport project is extraordinary in size and design, emphasizing that when completed, the runway will be the longest in Nigeria.

Fani-Kayode, while addressing the press, said that no Federal or state government has ever built such a massive structure.

He applauded The All Progressive Grand Alliance (APGA) Government and the state Governor, Chief Willie Obiano for developing the state without waiting for the Federal Government to come to the rescue.

“He never waited for federal government money, he has used his own money, and how he manages to do that and pay salaries of all the civil servants on time on the 25th of every month, and he keeps the state going, I really don’t know how he does it,” Fani-Kayode said.

He commended Governor Obiano for “putting his people” (Anambra) first.

Considering the very slow pace of the work, one would wonder how or where Fani-Kayode deduced the length of the runway. Recent visits to the project by investigative journalists show that no tangible work has been done on the site except a visible sign of a newly cleared road by a bulldozer, the first of its kind since 2017 the work was flagged off.

Chief Femi Fani Kayode was obviously too political in his assessment which shows that he was pre-briefed maybe following a well-scripted eulogy penned down for him by the Anambra State Government.

Anambra state can boast of many former Aviation ministers which include the renowned Stella Oduah, Osita Chidoka, and the first, oldest, and most experienced minister of Aviation in Nigeria Chief Mbazulike Amaechi. The reason why none of them were summoned to access the ongoing airport

Anambra State Governor, Chief Willie Obiano is obviously up to one of his numerous antics and schemes for squandering state funds and channeling them into flimsy unnecessary things thus the charade with Chief Femi Fani Kayode and the forty million naira ‘Mouthwash’ gift for praising an empty project which keeps gulping important state resources while workers and pensioners lament and weep over owed salaries and pension.

Chief Femi Fani Kayode who also praised Anambra State Governor, Chief Willie Obiano is obviously oblivious of the fact that Obiano inherited over 75billion naira from his predecessor only to blow it all away on unnecessary things. Even the cock-taled Chinese firm which was to contract and mastermind the whole project has all proven to be a complete hoax on the people of Anambra state.

Anambra State Governor, Chief Willie Obiano should be very ashamed of himself for taking Anambra people on a roller coaster ride and Chief Femi Fani-Kayode who has availed himself to be used as a tool for cheap blackmail despite being a strong critic of the corruption being meted out to Nigerians must indeed question his conscience.