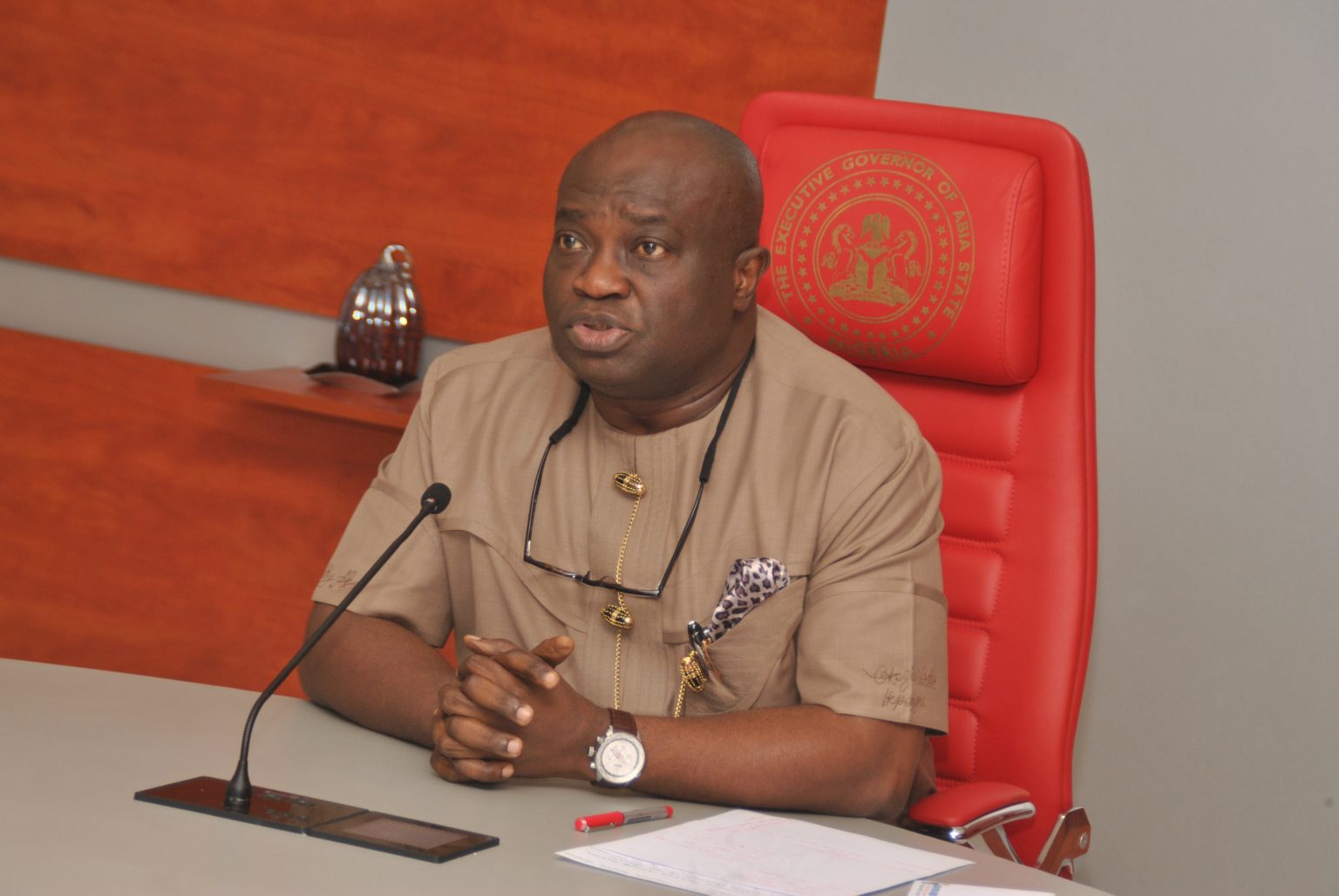 If you wonder why Abia State, an oil producing State, is still crawling under abysmal under-development despite the huge revenue accruing to it as an oil-producing state, your answers might lie in the enclosed unveiled tax remittances and other information about the incumbent Governor Okezie Ikpeazu.

The Governor is one heck of a leader who does not seem to understand anything about governance. He lacks experience, tact, prudence, morality, and creativity expected of a 21st-century leader. Furthermore, his emergence as the Governor of Abia State is hinged on fraud, manipulation, and outright selfishness of those who found in him a quality befitting of an idle slave who will bow at the beckon of his master.

Right from Governor Okezie Ikpeazu’s election, his whole regime has been riddled with total fraud. Okezie Ikpeazu as the Governor of Abia state. How did he come to office? It would be ridicule to due process of election or democracy to say that he was elected. The answer is ‘NO’ because in Nigeria election is a falacy but a mere selection by one incumbent looter to another to extend and continue their looting spree. Ikpeazu’s emergence as governor was not an exception to this rule, grand deceit and manipulation of the people’s will.

Governor Okezie Ikpeazu, has a terrible reputation for owing salaries and arrears. Different unions and organisations under the Abia state Government have come out to lament the ill-treatment being meted out to them by the Abia State Government. The Academic Staff Union of Polytechnics (ASUP) recently sent a petition to the National Human Rights Commission over 20 months unpaid salaries by Governor Okezie Ikpeazu of Abia. The Medical staff and health workers in Abia State University Teaching Hospital (ABSUTH) have also continued to lament the non-payment of salaries by the Okezie Ikpeazu-led government. The health workers, who had last received salary in May 2018, bemoaned the lack of willingness on the part of Ikpeazu to pay outstanding salaries.

Workers of a transport company, Abia Line Network Company, have hosted protest over protest against non-payment of their 25 months salary arrears and Doctors under the Abia State Hospital Management Board (HMB) in conjunction with their parent body, National Association of Government General Medical and Dental Practitioner (NAGGMDP), Abia State Chapter recently took to the media to cry out on their 15 months salary arrears being owed by the Abia State Government.

Read Also: Ikpeazu: The Governor Of The Dirtiest State In Nigeria

The people of Abia state had high hopes that with the coming of Okezie Ikpeazu, Aba would have had a messiah. Rather than resurrecting the city, with Ikpeazu, Aba is being buried. The state of rot and absurdity of Aba under the stooge Governor has never been witnessed since Aba was born! Aba is such in a devastation and precarious state of dilapidation of roads, infrastructure, and disease-infested because of dirt that even,‘Coronavirus’ the dreaded deadly disease will be scared to enter Aba.

Dr. Okezie Ikpeazu possesses fraudulent credentials and phony tax records. These are greatly reflected on his naïve policies and lack-luster style of leadership, where more monies are spent advertising non-existent projects than actually carrying them out. Most of the visible projects in Abia State are Federal Government projects. Abia roads are the worse one can see anywhere in Nigeria. Aba, the commercial and vocational hub of South East Nigeria is in total disarray.

Life is fast dying in the ancient commercial city. The popular Factory Road that hosted multinationals and other indigenous companies is currently in a shadow of itself. No infrastructures, no amenities that can attract investors into Abia State, despite the huge potentials (human and natural resources) that the State is blessed with.

The Abia transport Company has no functional vehicles. Most of the road-worthy vehicles in the fleet of the State own Transport Company are owned by individuals who registered with Abia State Transport Company, popularly called Abia Links. This is because Chinedu Orji, aka Ikuku, the son of Ikpeazu’s godfather (Senator T.A. Orji) pockets more than ₦20m monthly from the dwindling government transport company. This goes for virtually all the State’s investments, where over 60% of the accruing revenue are fleeced into personal pockets of Ikpeazu’s godfathers and praise-singers.

To the Ngwa people, what they expected is not what they’ve seen. If not for any other thing, they thought that with their own son of the soil at the helm of affairs, Aba, popularly tagged ‘Aba Ngwa’, which used to wear the glory as one of the largest commercial hub nubs in West Africa, hosting the famous ‘Ariaria market’ with local manufacturing industries that churns out different products that in Nigeria, there’s the slogan for ‘made in Aba’ products. But over the years, Aba has been abandoned to rot under successive governments without anyone paying attention to infrastructures in the city, especially roads.

Governor Okezie Ikpeazu is a total failure and disappointment to his Ngwa people and Abia state at large. It has been so bad that the Elders of Ngwa land who are so worried for his poor performance summoned him to a meeting at the palace of his royal majesty, Eze Bernard Enweremadu, where they asked him to let them know if he’s under any kind of spell or oath so that they could help and set him free. But he replied that he cannot be disloyal to his mentor.

Under Ikpeazu’s watch, Abia state has reached the inglorious state of the worst performing state in Nigeria with a debt burden of over ₦150 billion.

The spate of rot and abandon in Aba and Abia state in general has reached the high heavens, yet the Governor gives no hoot. Only the sycophants and some depraved praise singers in Abia state who are only scrambling after the crumbs that will fall from the master’s table have failed to tell him the raw truth that he has failed to perform.

Abia State, when compared with other States is a State begging for good governance. Perennial corruption and outright fleecing of the government treasury by those selected/elected to man the state leadership have remained untamed and unabated.