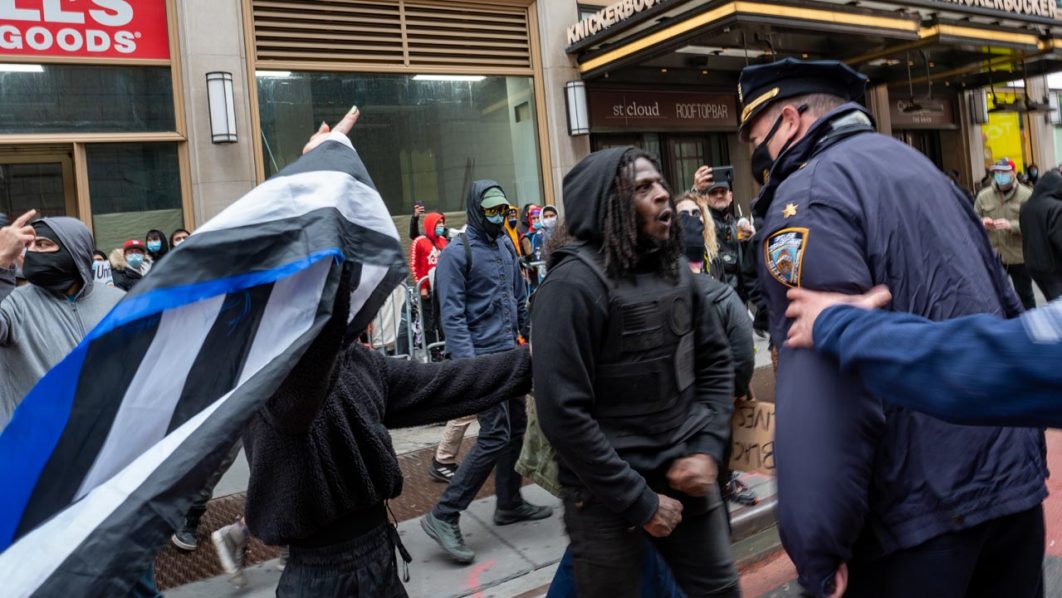 New York City promoted a Black woman to a top police post-Thursday, a first that comes as the force continues to face heavy criticism from the Black Lives Matter movement.

City mayor Bill de Blasio appointed Juanita Holmes as chief of patrol — making her the first woman to take on the role of overseeing 77 police stations and a majority of New York Police Department officers, the largest municipal force in the United States with nearly 35,000 employees.

The Democratic mayor told a press conference it was “incredibly important that our police leadership looks like New York City, and that’s what we are showing here.”

He continued: “I also want to note that it is really time to have more and more women in positions of leadership in the NYPD. And obviously in police forces all over the country.”

After 30 years on the force, and a brief stint in the private sector, Holmes had already been the NYPD’s most senior woman in charge of liaising with the public since December.

She acknowledged that her appointment came at a “tumultuous time” for the NYPD, calling it “the perfect storm.”

The NYPD was first accused of numerous instances of brutality during the massive Black Lives Matter protests that shook New York in late May.

Those protests were part of nationwide demonstrations against police violence ignited by the killing of African American George Floyd by a white police officer in Minneapolis.

In the weeks after, the NYPD was accused of deliberately standing down, contributing to an outbreak of homicides and shootings in the city for the first time since the 1990s.

An unusually high number of police officers have left or want to retire, a sign of low morale.

And the previous patrol chief had recently resigned after less than a year in his post after disagreements with the mayor, according to local media.

“New York City police officers desperately need competent leaders like Chief Holmes who can effectively push back against the politicians, empower us to do our job and help us to stop this city’s backward slide,” it said in a tweeted statement.

As the city prepares for a particularly tense period ahead of the November 3 presidential election, and radical budget cuts due to the pandemic’s fiscal shortfall, Holmes pledged to work to restore the confidence of New Yorkers in the police, including deepening community policing efforts, which should, in turn, boost police morale.

“People want to be heard and we are there to listen to them, but they have to play an intricate part in crime reduction,” she said.