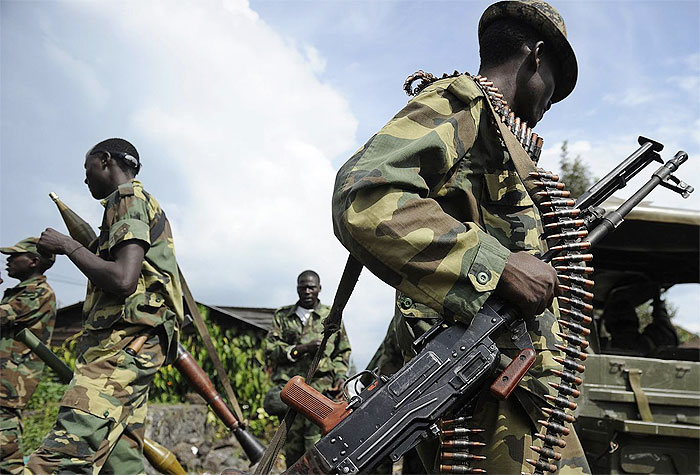 No fewer than 14 civilians were killed in northeastern DR Congo Friday morning when their village was attacked by two armed groups, monitors have disclosed.

According to the Kivu Security Tracker (KST), the deaths occurred in the village of Gina in Ituri province, ‘during an incursion by the #CODECO-UDPC and ALC’ groups.

‘They also attacked #Nizi, in the same territory,’ it said.

The assault began at 4:00 am and lasted for seven hours until the armed forces regained control of the area, one of its specialists told reporters, asking not to be identified.

The gold-rich province has a long history of ethnic crisis, some of which are rooted in long-standing herder-farmer disputes over cattle.

The confrontation between the Hema and Lendu communities flared between 1999 and 2003, claiming tens of thousands of lives.

It was quelled by the intervention of a European Union peacekeeping force, Artemis.

Violence resumed in 2017, blamed on the emergence of the Cooperative for the Development of the Congo (CODECO), an armed group that claims to defend Lendu interests. CODECO has since split into several rival factions.

The village of Gina is mainly inhabited by Lendu, and before the attack was under the control of the armed forces.

CODECO fighters joined up with another armed group, the Alliance for the Liberation of the Congo (ALC), to carry out the raid, the KST disclosed.

In Nizi, two civilians were killed as they tried to flee, a military spokesman said. Local civil society groups put the civilian toll at four dead.

A vehicle used by the medical charity Doctors Without Borders (MSF) came under attack in the same area, the charity said earlier.

Ituri and neighbouring North Kivu were placed under a “state of siege” on May 6 — an exceptional measure aimed at combatting armed groups, especially the Allied Democratic Forces (ADF), which has been blamed for taking thousands of lives.