‘Boko Haram In Full Control Of 5 Communities In Niger State’ 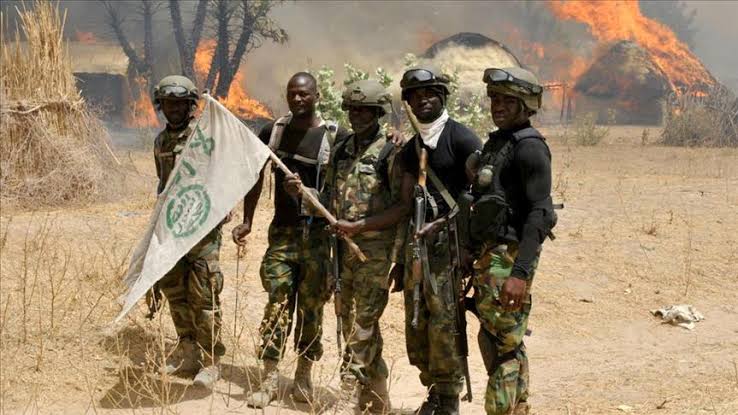 The Niger State Government has again cried out over the activities of Boko Haram terrorists in no fewer than five communities in Rafi and Shiroto Local Government Areas of the State.

The Secretary to the State Government, Alhaji Ahmed Matane who raised the alarm while speaking with newsmen on Monday, said the affected communities are currently under the control of the insurgents.

He named the communities to include – Kurebe, Farina Kuka, Gussau in Shiroro LGA and Madaka, Hanawanka in Rafi LGAs of the state.

He explained that the activities of the terrorists have forced many residents of the community to migrate to safer grounds within and outside the state.

According to him, the terrorists are currently moving freely in the affected communities wielding sophisticated and menacing weapons.

He further revealed that the state government has already notified security agencies for proper urgent security measures to ensure the safety of residents.

He said, ‘We have spent over N2 billion on the security agencies in the ongoing fight against banditry, kidnapping and other criminal activities in the last two years.

‘We will continue to accord priority attention to the welfare of security personnel deployed to enable them wipe out all those involved in the illegal acts for peace, progress and political stability.

‘We equally appeal to residents to volunteer reliable information on movement of bad characters to the nearest security outfits for security action.

‘We have also reached out to traditional and religious leaders as well as stakeholders to mobilise residents to support the effort of the government in the ongoing fight against criminal elements’.

Matane, also assured that the state government will not rest on its efforts to bring to a halt security challenges confronting the state presently.