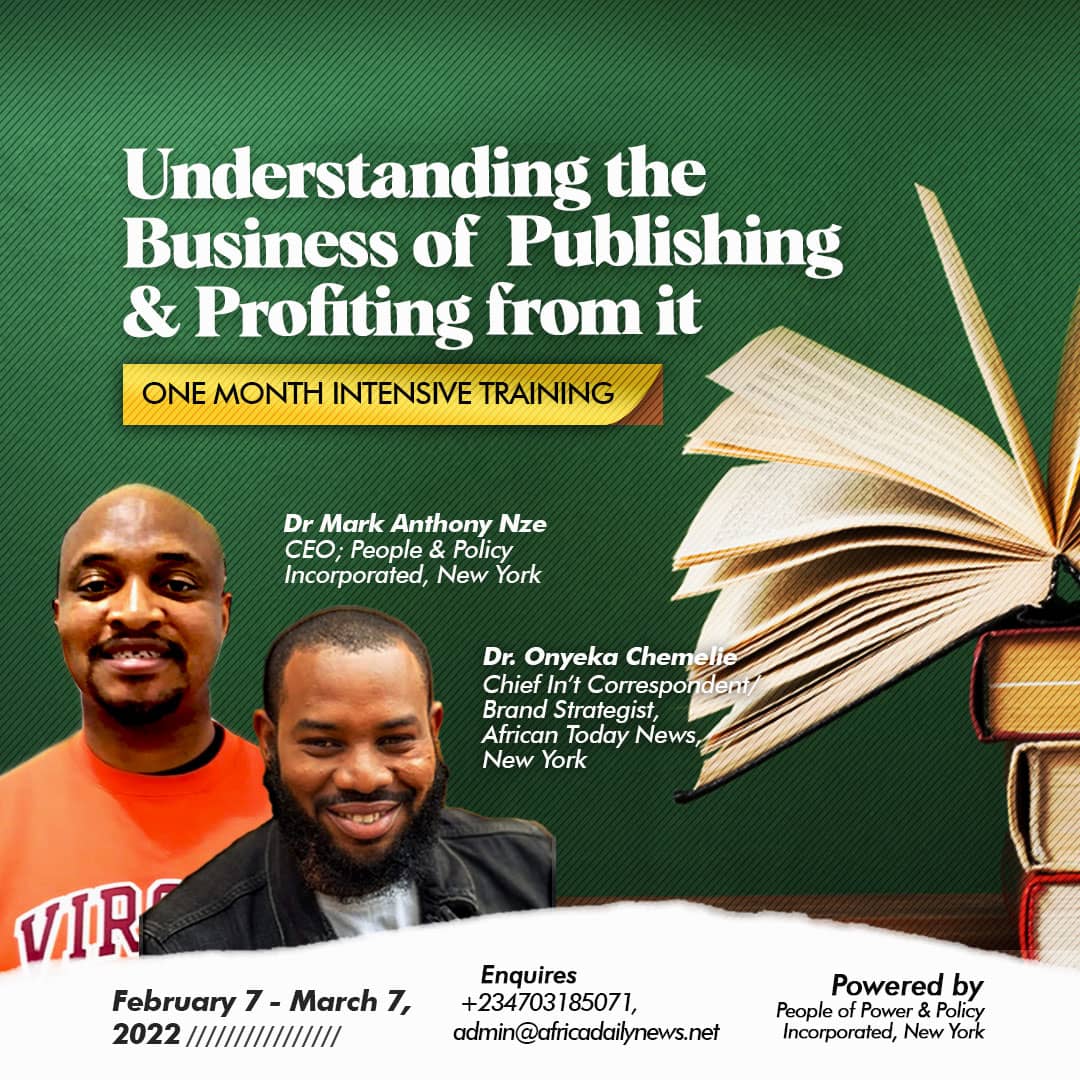 The People and Polity outfit, a group incorporated in New York, United States of America has released the dates for its intended one-month online intensive training for writers/authors and publishers.

Africa Today News, New York had earlier reported that in line with its mantra of empowering humanity especially Africans with the requisite skills and knowledge, the group had announced the training which is expected to set its participants on a journey to to financial freedom.

The one-month ONLINE intensive training is billed to hold between 7th of February 2022 and 7th of March 2022 with the theme; ‘Understanding the Business Of Publishing and Profiting From It’

The CEO of the group and popular literary genius and renowned New York-based Publisher and Social Critic, Dr. MarkAnthony Nze has continued to maintain that the training is a very rare opportunity that is out to change the financial fortunes of its participants.

The Gang of Looters crooner believes that the best way to help people is through equipping them with relevant skills that would give them the edge in today’s dynamic and highly competitive world.

The training which is scheduled to hold next year would have the CEO of People and Polity, Dr. MarkAnthony Nze a well high flying brand strategist and the Chief International Correspondent for Africa Today News, New York, Dr. Onyeka Chiemelie as its key Creator/facilitator. It would be recalled that Dr. Onyeka was recently announced by Scholastic Arts Creations as brand strategist for the film ‘Gang Of Looters’.

Interested participants can now start applications by simply calling or messaging the organisers via +2347031850571 or alternatively send an email to admin@africadailynews.net for reservations.