2024: I Would Be America’s 47th President, Trump Declares 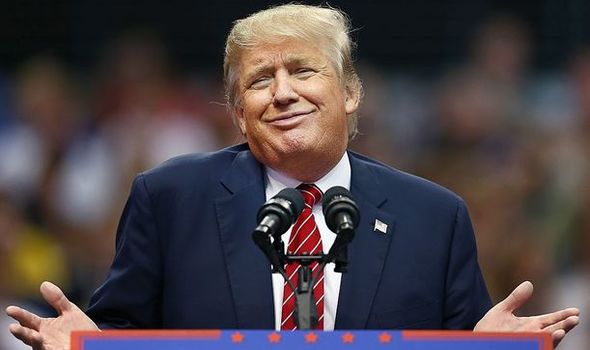 The candidate of the Republican party in the U.S. 2020 Presidential elections and former President Donald Trump has raised eyebrows after he declared himself the 47th President of the United States.

Africa Today News, New York reports that he made the declaration while playing golf in a video shared on Instagram on Wednesday evening.

In a video, Trump was seen walking to the first tee at one of his golf clubs when one of the people he was playing with said, ‘Now on the tee, the 45th president of the United States’.

Trump, wearing his trademark Make America Great Again cap with ’45’, stands up after setting the golf ball and takes a walk around.

The ex-president’s playing partners can be heard cheering to his remark and one of them says, ‘Yes, I love that!’

The 45th president made his bold remark at Trump National, though the person speaking in the video did not specify which one of the many that bear the name.

Several polls conducted this month have shown Trump with a substantial lead over other potential Republican candidates.

Specifically, more than half of Republicans, 54%, said they would back Trump as the Republican nominee for president, versus just 11% supporting DeSantis.

It however remains to be seen Trump would go all the way to displace President Biden in 2024. President Biden is also expected to seek re-election under the Democratic Party. Analysts are already predicting that it would be a tough call should that be the case.