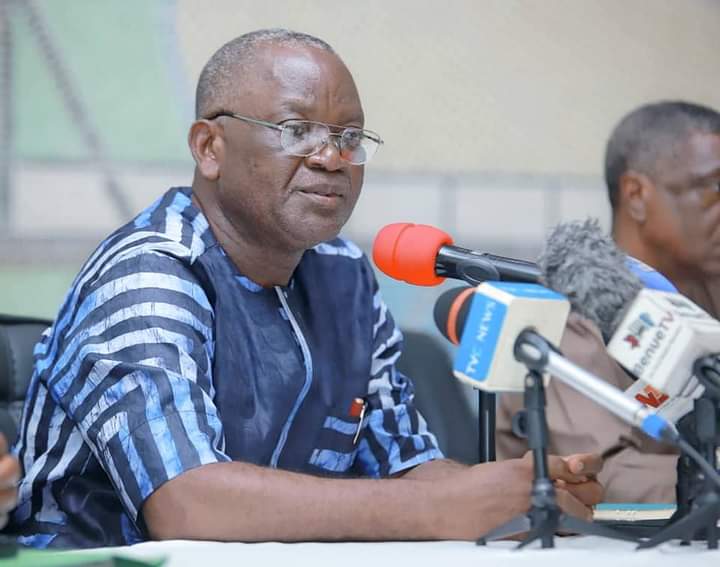 Benue State Governor, Samuel Ortom has boasted that the opposition Peoples Democratic Party (PDP) will form the government at the national level come 2023.

Speaking at a meeting with the party’s governorship aspirants at the Government House, Makurdi, on Monday, the governor said when the PDP reclaims power, it would continue from where it left governance in 2015.

Ortom declared that the PDP had ample opportunity to return to power with the abysmal performance of the All Progressives Congress government.

He explained that Nigerians were fed up with the APC, the party he said came to power through deceit, propaganda and lies.

Read Also: I Will Crush Terrorists Before I Leave In 2023, Buhari Assures

He said, ‘I want to assure you that by the grace of God, the PDP is going to take over the mantle of leadership at the national level, because clearly from what we are seeing in Nigeria today, the APC has become a failure.

‘They came on the platform of deceit, lies and propaganda. It takes two to tango. People saw what the PDP was able to do and today, they have seen what the APC is doing.

‘What was the PDP doing – security of lives and property, economic development, reduction in unemployment and ensuring free movement in Nigeria.

‘Today, under the leadership of the APC, what are we seeing? Economically, the dollar used to be N190, but it is now being sold for N590. We used to hear of Boko Haram in Borno, but today, Boko Haram is in Benue State; it is in the North-Central, South-South, South-West, South-East and even worst in the North-West.

Ortom observed that the open grazing being canvassed by the Federal Government was a camouflage.