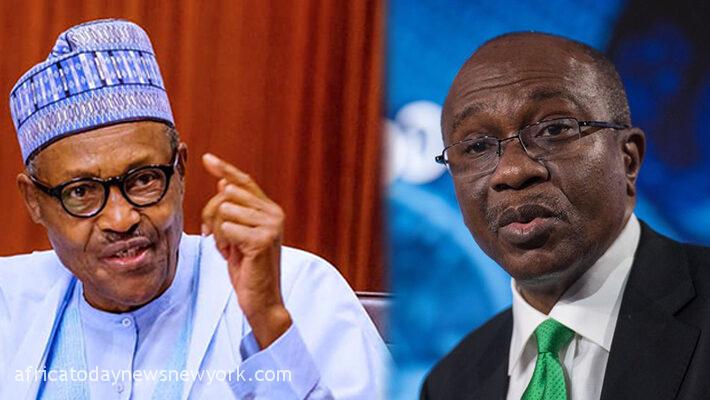 President Muhammadu Buhari has ordered the Governor of the Central Bank,  Godwin Emefiele to resign from the position as the number one banker in Nigeria,  over his intention to run for president in the upcoming general elections.

Africa Today News, New York reports that the president’s directive came via a circular on Thursday which directed  multiple categories of public officeholders seeking different elective positions in the 2023 general elections to resign now and concentrate on their endeavours.

The circular was issue by the Secretary to Government of Federation  (SGF) Mr. Boss Mustapha.

Mustapha said ministers, heads of extra ministerial departments, and political officeholders, amongst other categories, have been asked to step down before May 16. Mr Emefiele as the head of CBN is captured in the circular, according to two permanent secretaries interviewed by Peoples Gazette.

Several ministers and political officeholders eyeing primaries later this month have already resigned from office over the past 24 hours, and many more are expected to stand down before the end of the week.

Mr Emefiele has rejected calls to step down and protect the independence and impartiality of the central bank, but he rejected the calls despite actively seeking the presidential nomination of the ruling All Progressives Congress.

He has filed a lawsuit asking a federal judge to declare him suitable to run for president while serving as CBN governor. A decision is expected later today on the matter.

It was unclear whether or not President Muhammadu Buhari had the powers to order Mr Emefiele’s resignation or dismissal because the CBN Act emphasises the independence of CBN from external influence, though President Goodluck Jonathan suspended Lamido Sanusi as CBN governor in 2014. Although the decision was deemed highly controversial, it was never invalidated by the courts.