May 12, 2022 in collaboration with the Youth Envoy, The United Nations 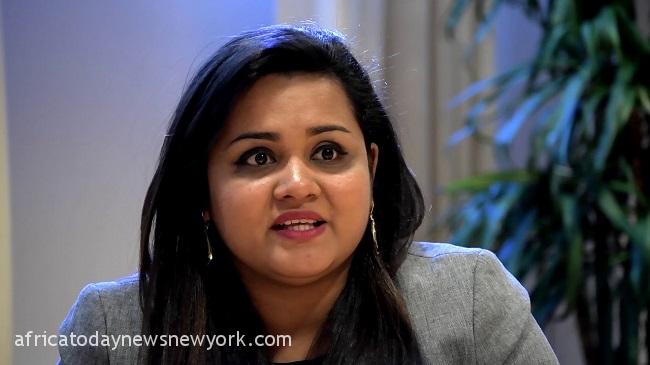 In a move which has been met with good tidings, the United Nations, in collaboration with the Youth Envoy, on Wednesday have launched a campaign to support young people to participate in politics and make sure that they amplify their voices in public life.

“The intergenerational gap in power, influence and trust constitutes one of the biggest challenges of our time,” UN Youth Envoy, Ms Jayathma Wickramanayake, said in a statement.

The Be Seen, Be Heard campaign, which will also partner with The Body Shop International, seeks to create long-term structural changes that foster the inclusion of youth in decision-making. The collaboration between the Youth Envoy’s office and The Body Shop means that young people and others will have many routes to participate in the campaign, which will run until mid-2025 in 2,600 stores.

Local campaign activities will also include partnerships with youth-led or youth-focused non-governmental organisations (NGOs), petition opportunities and other actions.

“With the climate crisis, global conflict and generational inequalities running rampant, the inputs, perspectives and representation of youth are needed more than ever,” Wickramanayake said.

The campaign seeks to raise the voice of millions of young people in over 75 countries across six continents.

To understand preconceptions and structural barriers preventing young people from participating in public life, the Be Seen Be Heard: Understanding young people’s political participation report, also released on Wednesday, not only presents a snapshot but makes recommendations to address these challenges.

The report supports the fact that there is a chronic lack of faith in political systems but a clear appetite for more youth representation from all age groups.

It details that 82 per cent of people around the world think the political system needs drastic reform to be fit for the future, and nearly 70 per cent feel that young people should have more say.

Three quarters of those under age 30 feel that politicians and business leaders have ‘messed things up’ for people and the planet and are ready for change.

Moreover, two in three people also disagree with the age balance in politics and eight in 10 uphold that the ideal first-time voting age should be 16 to 18 – even though most countries restrict it to 18 or over.

Recent data shows that although almost half the world’s population is under 30, they make up only 2.62 per cent of global parliamentarians and that the average age of a world leader is 62.

Wickramanayake underlined the importance of including youth in the decision-making to fight the mistrust towards political institutions and alienation from elected leaders.

“As young people have made abundantly clear through their activism on the streets, in civil society and on social media, they care deeply about the transformational change needed to create more equal, just and sustainable societies,” she said.

The campaign is an opportunity to change and move towards policies that “reflect the priorities of youth, mirror their concerns, and speak their language”.