2023: How I Intend To End Terrorism, Banditry – Fayemi 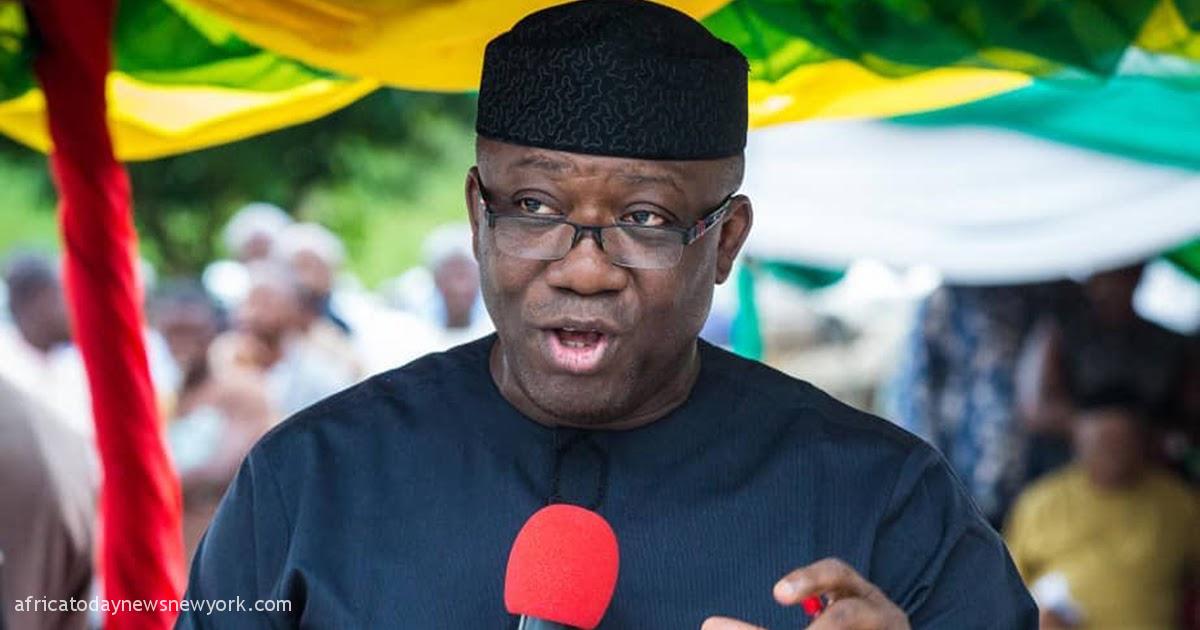 The Governor of Ekiti State and Chairman of the Nigerian Governors Forum, Dr Kayode Fayemi, has said that he has a ready-to-use template to end the 12-year insurgency in the North-West as well as the banditry in the Northwest.

According to a statement signed on Friday by the Head, Fayemi Campaign Organisation, Femi Ige, the governor said this during his visit to Borno, Yobe and Gombe as part of consultations ahead of the forthcoming primaries.

The statement is titled ‘Presidency: Fayemi in Borno, Yobe, promises a quick end to insurgency, banditry’.

He said: ‘Security will top my agenda as a security expert. I have a Ph.D. in War studies and I consulted for Nigeria under President Olusegun Obasanjo, I was deeply involved in the resolution of the wars in Sierra Leone, Liberia, Rwanda, and Sri Lanka.

‘We have a template that we’ll use in bringing peace to our people, so that we can farm in peace, school in peace, and live in peace. If I can do it outside, why not for the country that has given me everything?’

Addressing party delegates in Yobe, he noted that “My focus would be on bringing peace to my fatherland and ensuring that the Ibadan man finds home in Sokoto and the Sokoto man finds home in Akure, Abakaliki, Onisha or Owerri. The Oweri man must find a home in Damaturu. This is the Nigeria I want to fight for and I’m confident it’s achievable.”

Harping on his security plans in Gombe, Fayemi said “Any government who can successfully tackle this would have succeeded in bringing happiness to our country, discourage the urge to secede, and address our perennial problem of youth restiveness.

‘I believe I have the education, the energy, the capacity, and the knowledge to tackle this problem.’

The governor who supported zoning said it is the ultimate strategy to “build trust and confidence” in a country filled with competent hands who also hail from various ethnic groups.

‘Nigeria is a diverse country and there is diverse competency. There are competent people across the country but in a multi-cultural, multi-dimensional, and multi-religious society, you also need zoning to build trust and confidence,’ he declared.

He, however, noted that zoning should not suppress competence and democracy, even as he asked politicians to abide by whatever zoning arrangements agreed by their parties.

In his response, the Borno state APC Chairman, Ali Dalori, said the party is aware of Fayemi’s antecedents from his tenure as Minister of Mines and Steel and two-time governor.