Buhari To Aid South Sudan In Their Fight Against Insurgency 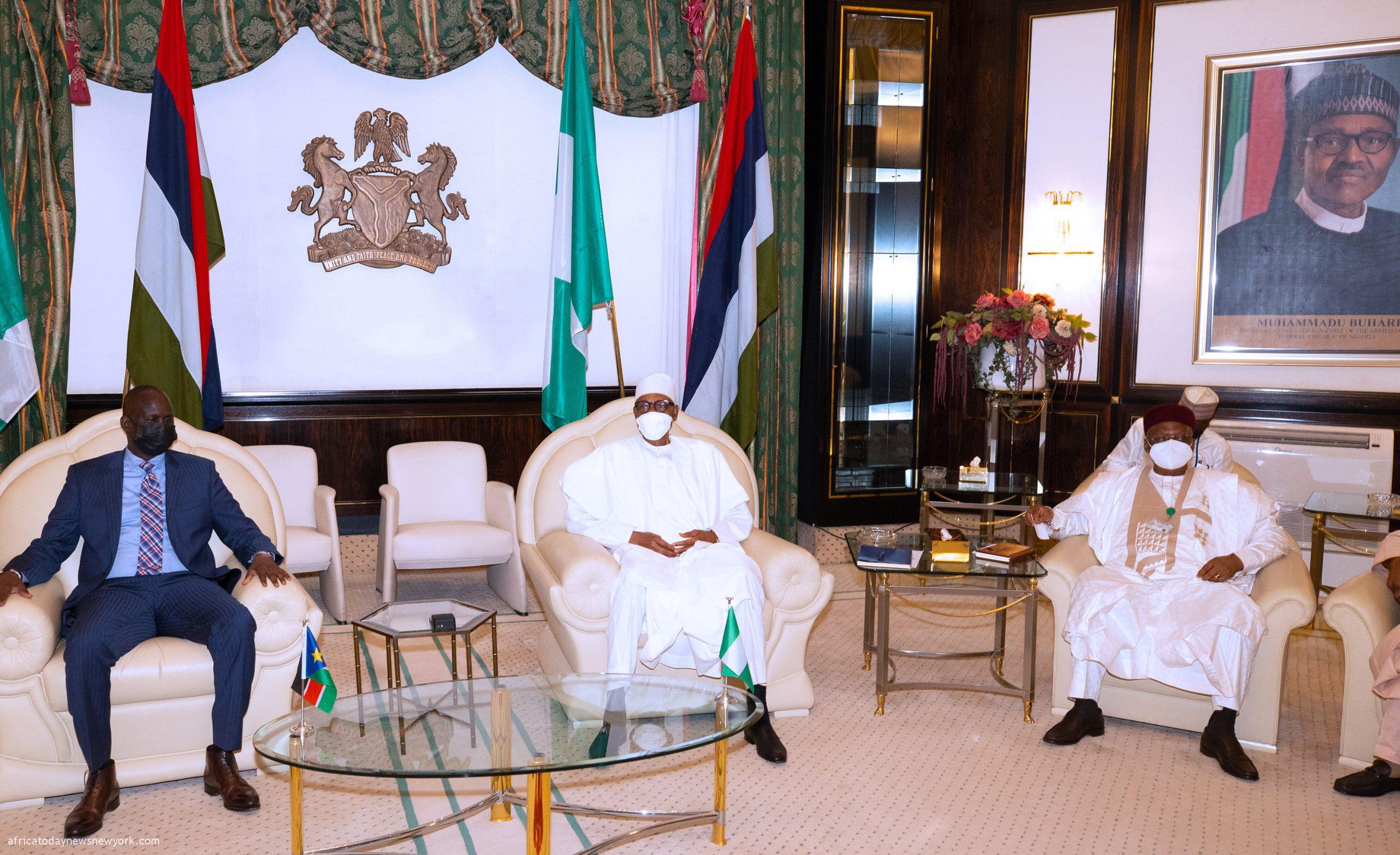 President Muhammadu Buhari has made an open promise to the South Sudan nation to spare no resources and aid in their war against insurgency and to restore peace in their country too.

He made this promise on Friday at the State House, Abuja, while receiving in audience the Special Envoy of President Salva Kiir Mayardit of South Sudan, Honourable Albino Mathom Ayuel,

He told the Special Envoy of the situation his administration met on ground in the North East in 2015, and how great strides have been taken in comparison with present days.

“We will study your situation, and see how we can help,” President Buhari said.The Special Envoy had intimated his host about the situation in his country, particularly how an insurgent group, “just like your Boko Haram here kills, maims and destroys.” He then appealed for “close collaboration on security, particularly the training of our forces, since you have experience in this area.”

Mr Albino Ayuel said South Sudan was keen on ending the insurgent activities, “hence this appeal to our big brother.”

South Sudan’s long civil war is not over, as a major insurgency south and west of the capital Juba has plunged large parts of the Equatoria region into chronic bouts of violence that have displaced many thousands.

A February 2018 pact bringing South Sudanese President Salva Kiir and his rival First Vice President Riek Machar into a ceasefire and unity government was a major step forward in ending the war.

Yet the holdout rebellion in Equatoria shows few signs of abating. Driven by grievances sharpened over decades, the rebels and their supporters demand greater autonomy and political decentralisation.