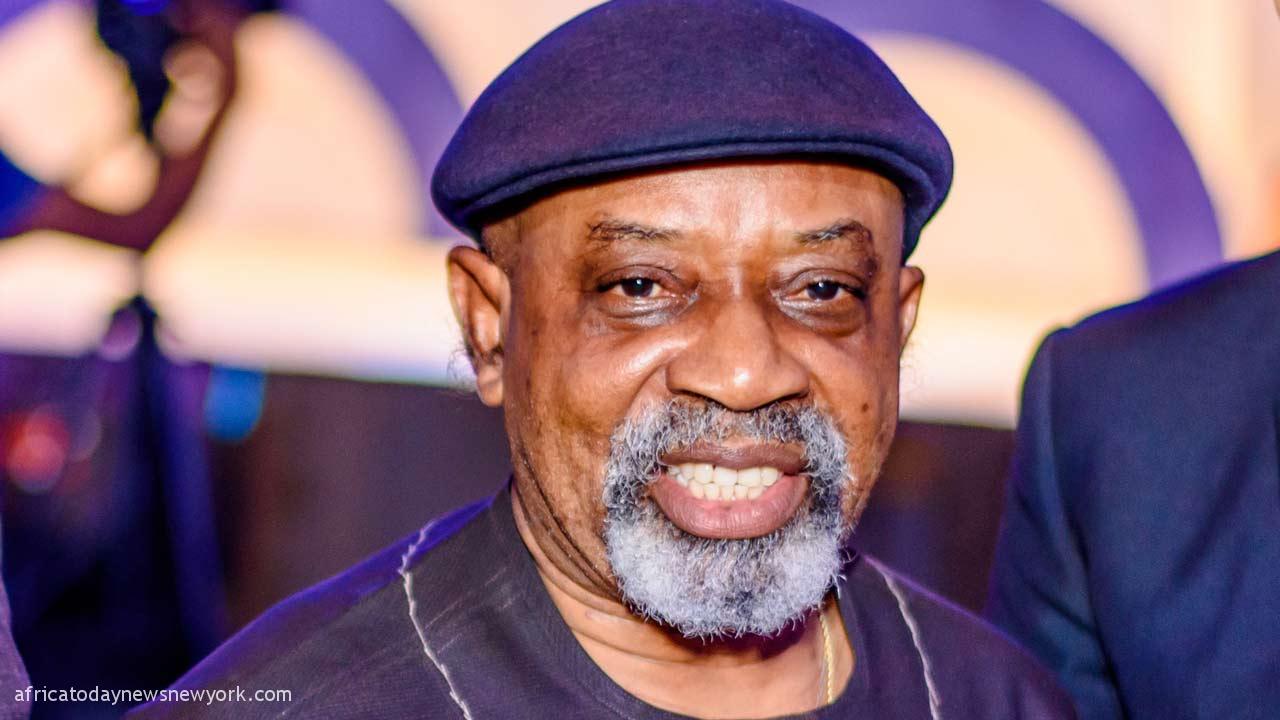 The Minister of Labour and Employment, Dr Chris Ngige has withdrawn from the race to succeed President Muhammadu Buhari in 2023.

He announced his withdrawal from the contest in a statement on Friday in Abuja in a statement which was made available to Africa Today News, New York.

Ngige’s announcement followed a valedictory session held at the Council Chamber of the Presidential Villa in the nation’s capital, in honour of ministers seeking elective offices in the 2023 general elections.

He had declared his intention to run for President in the forthcoming polls while addressing a crowd of supporters on April 19 at his hometown in Idemili South Local Government Area of Anambra State.

Three weeks later, President Muhammadu Buhari directed all appointed members of the Federal Executive Council (FEC) running for elective offices to resign on or before May 16 – a directive which affected Ngige.

Read Also: Strike: There Is No Money To Meet ASUU’s Demands – Ngige

While the President went further to organise a valedictory session for the affected persons to appreciate them for their service, the labour minister decided to keep his ministerial job than continue with his presidential bid.

Stressing that he had yet to fill and submit the N100 million worth expression of interest and nomination forms of the All Progressives Congress (APC) bought for him, he explained that dropping his presidential ambition was in the interest of the nation.

Other reasons, according to Ngige, include family-related and to enable him to concentrate on his ministerial job and assist the present administration, especially in what he describes as the difficult last lap

He stated that he has since communicated his decision to President Buhari and the Secretary to the Government of the Federation (SGF), Boss Mustapha.

Read the full statement by the labour minister below:

WITHDRAWAL OF MY PRESIDENTIAL ASPIRATION

On Tuesday, 19th April 2022, I publicly declared my interest to contest for the office of the President of the Federal Republic of Nigeria, following the constitutional provision that precludes our amiable incumbent President, Muhammad Buhari from seeking re-election to the office, as he would have completed his two terms in office by 29th May 2023.

The declaration was made in my hometown, Alor, Idemili South Local Government Area of Anambra State.

My declaration was sequel to pressure on me from my constituents, political associates, friends, and other well-meaning Nigerians, who felt I possess the necessary qualifications and experience for the job.

Some of these supporters even taxed themselves to procure the Expression of Interest/ Nomination Forms of our Party, the All Progressives Congress (APC) for me. The forms, however, are yet to be filled and submitted.

Having also consulted widely with my family, constituents, supporters, and well-wishers, it is my pleasure to announce the withdrawal of my interest and earlier decision to contest the office of the President in the 2023 general elections.

As a result of this, I will NOT be participating in any of the internal party processes of the said election, starting with the primary.

I took this momentous decision firstly in the overall interest of the nation, in order to enable me to concentrate on my job, and assist the President and the Government, to weather the difficult last lap, in the life of the administration and secondly for other family reasons.

I have since communicated this decision to the President and the Secretary to the Government of the Federation.

My constituents, political associates and well-wishers across the country are by this statement informed of this latest decision, which also has the blessing and support of the overwhelming majority, hence supersedes any other interest, personal or otherwise.

Thanks and God’s blessings.

Honourable Minister of Labour and Employment