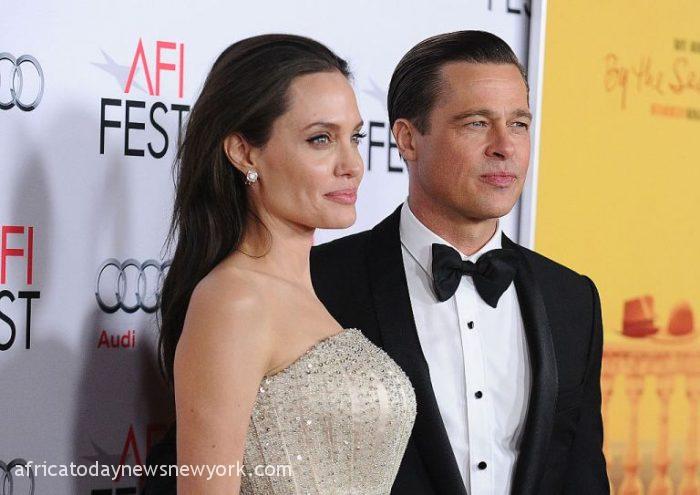 Their divorce seems not to have seen an end as former Hollywood sweethearts, Brad Pitt and Angelina Jolie have encased themselves in another legal battle over the one-sided sale of their jointly-owned wine business.

Pitt claims that his ex-wife, Angelina Jolie, “contributed nothing” to the success of their Miraval wine business, but she intentionally sold her stake to a “stranger with poisonous association and intention.”

He accused her of damaging the reputation of the wine business they both co-owned.

The duo bought a controlling stake in a South of France Vineyard and home, Chateau Miraval, in 2008 where they later got married in 2014 and spent several family holidays together throughout their relationship.

However, in 2016, the actress filed for divorce from her husband.

In Pitt’s latest filing in his ongoing battle with Jolie over the sale of Miraval, the actor claimed his ex-wife intentionally sold her own share to inflict harm on him.

According to him, they had both agreed never to sell their respective interest in the family business without the other’s consent.

Pitt’s legal team said that Miraval became his passion project that grew into a million-dollar global business and one of the world’s most highly regarded producers of rose wine.

The lawyer claimed Jolie planned to sell her interest to Tenute Del Mondo, who is bent on taking control of Miraval and is indirectly owned by Yuri Shelfer, the Russian billionaire, who controls the Stoli Group.

Shelfer thereafter launched a hostile takeover of Miraval, and he is trying to get hold of “confidential and proprietary information for the benefit of his competing enterprise.”

They claimed Jolie forced Pitt into partnership with a stranger and worse yet, a stranger with poisonous association and intention.

Pitt is seeking damages in “an amount to be proven at trial” plus the purported sale made by Jolie to be declared “null and void.”