Student Swept Away By Flood In Ondo Community 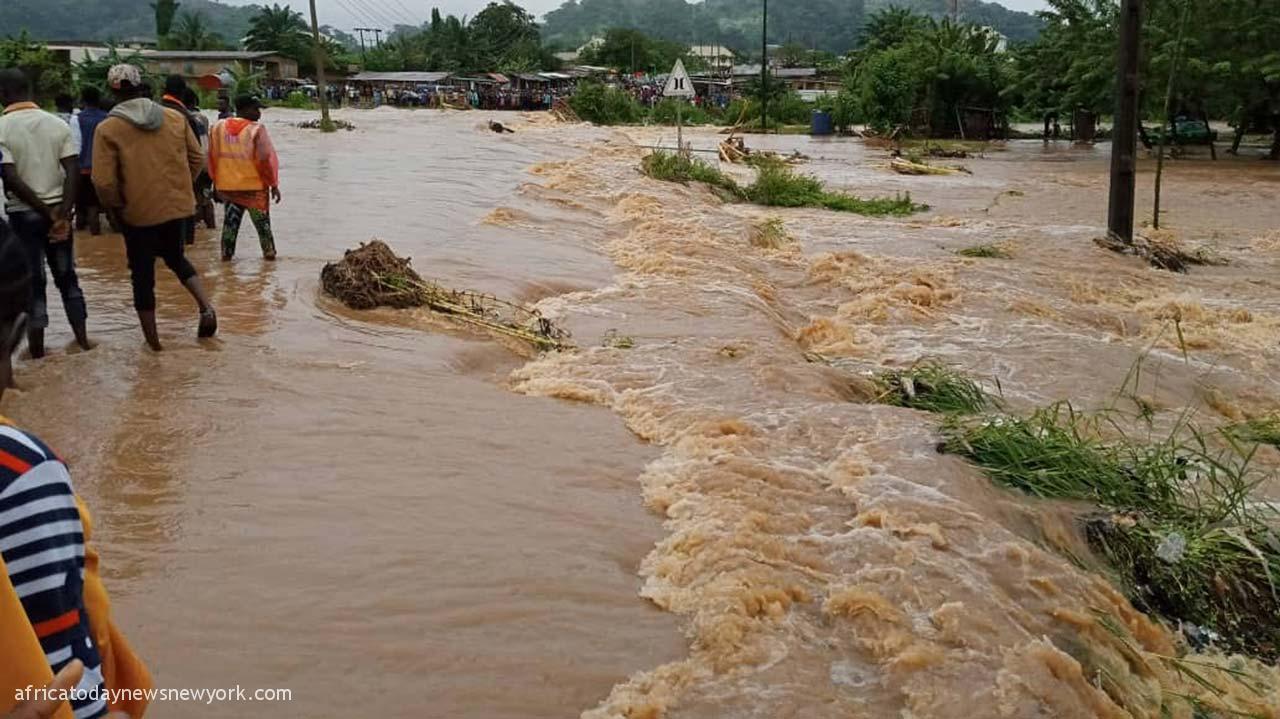 A student at Mount Carmel Girls’ Secondary School in Ikare-Akoko, Ondo State, whose name was given as Motunrayo John was on Wednesday lost in a flood near the Dada River.

The victim, a third-year junior secondary student, left the building after the school had closed when the incident took place. She allegedly placed her legs into the powerful flood to gauge its depth.

Eyewitnesses said that before help could arrive, the victim had lost her footing and was being swept away into the river by the water.

The spokesperson of Ondo State Police Command, SP Funmilayo Odunlami, confirmed the incident in a telephone conversation with reporters on Thursday.

Odunlami described the incident as very unfortunate, noting that parents and guardians should always caution their children and wards from taking such dangerous acts.

She, however, disclosed that a search and rescue operation for the student has commenced, expressing hope that she would be found.

Meanwhile, the Director-General of the National Youths Service Corps, Brigadier General Muhammad Fadah, on Wednesday, announced that the NYSC Trust Fund, which has just been passed into law by the National Assembly, would be of immense benefit to only skilled corps members.

Fadah revealed that the NYSC Trust Fund Establishment Bill was passed into law by the National Assembly on Tuesday and awaiting the presidential approval.

The DG stated this during his visit to the NYSC Orientation Camp in Ikare-Akoko, headquarters of Akoko North-East Local Government Area of Ondo State.