Why We Can’t Pay Benue Workers, Ortom Opens Up 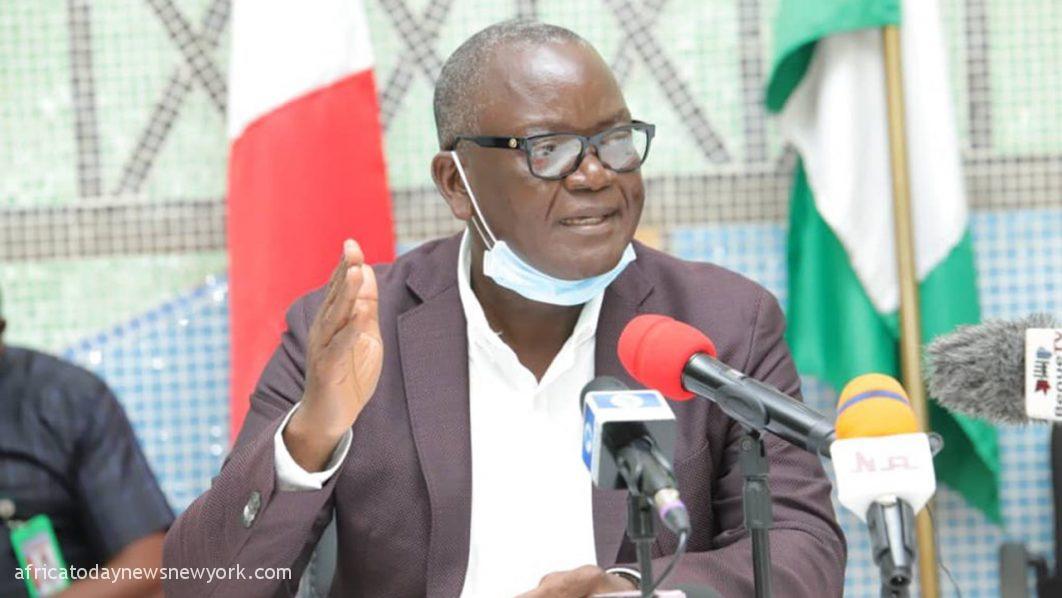 The Governor of Benue State, Samuel Ortom on Wednesday revealed why it had become difficult for him to pay the salaries of Benue workers despite receiving monthly allocations from the federation account.

Africa Today News, New York reports that workers under the state employees have been complaining of being owed three months’ salaries that run into several months.

Local Government workers are also being owed arrears running into several months at the moment.

Ortom while responding to questions from journalists in Makurdi, the state capital, on Wednesday, gave three reasons for the development why he has been unable to meet up with the demands of the workers.

He blamed factors such as the rising cost of overheads, the inability of the NNPC to remit money to the federal accural and the state’s low internally generated revenue (IGR) as a result of insecurity.

The governor pointed out that it had been difficult to coordinate the IGR due to the increasing insecurity challenge which had landed nearly two million of the state’s population in the Internally Displaced Persons (IDPs) camps.

‘Even the federal government has been borrowing to pay salaries but states do not have powers to do so except with permission from the Federal Ministry of Finance’s Debt Management Office (DMO). It’s a big challenge because we are facing the economic realities,’ Ortom said.

Meanwhile, Dr. Gabriel Nyitse, the Chief of Staff to the Governor of Benue State, Samuel Ortom has revealed that 1.5 million persons are in various Internally Displaced persons (IDPs) camps in the state.

Nytise made the revelation while speaking at the 70th-anniversary celebration Thanksgiving Mass of The Knights of Saint Mulumba Nigeria, at the St. Leo Catholic Church, Ikeja, on Sunday.

Nytise who is a knight pointed out that banditry had turned majority of farmers in Benue into destitute and could lead to food insecurity in the country.