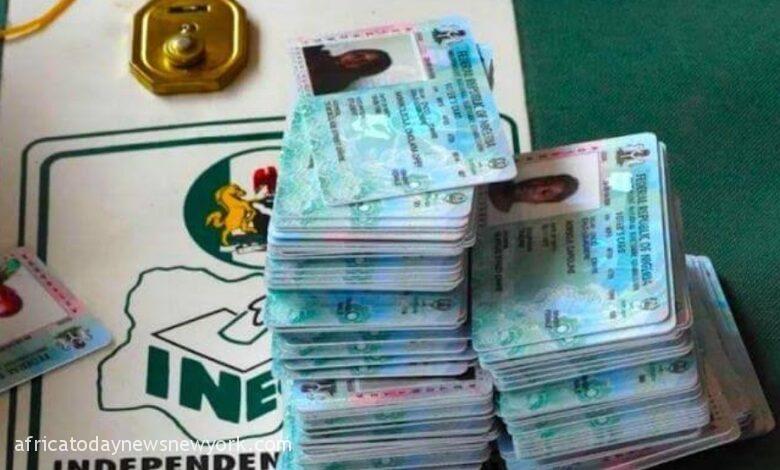 There seems to be a ‘PVC’ revolution going on among Nigerian youths at the moment. Many frustrated young people who have been denied good leadership by the wicked leaders in the country have decided to switch from wailing and complaining which they were hitherto known for to the ongoing mad rush to obtain their Permanent Voters Card (PVC) which by their understanding would be used to perform magic on Nigeria, it is quite sad that as good as their intentions are, these group of Nigerians are merely going on a wild-goose chase and it is only going to be a matter of time before they realise it.

The epic revival which has led to this ‘revolution’ is a result of the massive sensitisation by Nigerian celebrities, clergymen, philanthropists, CSOs, and media organisations. A large chunk of those pushing it are of the belief that obtaining their PVCs is akin to obtaining brooms and matchets that will be deployed to sweep away bad leaders and enthroning good leadership, of course, the idea is good, however, it would only remain ideas that would come crumbling when faced with reality.

1.  Nigeria is a failed state. The truth is that the Nigerian state has since failed, in fact, the only phenomenon that has been creating a semblance of governance or unity is the oil wealth found in the Southern part of the country. For those who still live in denial, how else can one describe a state where the government can’t provide power, education, and enabling environment for gainful employment for its teeming young people? How can one describe a state where more than half its population do not know where the next meal would come from? The truth is that, as flawed as it is, even the Nigerian Constitution recognises that government exists to maintain law and order as well as protect life and property, so how good has the Nigerian state fared in that regard? When you have a failed state, what you need is to rejig the system not reinforce it by sending another driver to a vehicle which has already broken down.

2.  The electoral umpire in Nigeria as presently configured can never be neutral. The Independent National Electoral Commission, INEC has been dishing out good music to the ears of Nigerians and many of them have sadly been falling for it. But the sad and bitter truth is that it is easier for a camel to pass through the eyes of the needle than for INEC to be neutral in an election involving the party in power. The only time this was proven wrong was in 2015 with Prof. Atahiru Jega and this was majorly due to the docility of the then incumbent. Why expend useful energy chasing PVCs while the same energy can be asserted to force a conversation about the restructuring of Nigeria to create a balance and ultimately reduce the friction occasioned by the desire to grab power at the centre?

3.  The likes of Tinubu and APC are in the race. For anyone who understands the modus operandi of the APC and its Presidential candidate, Bola Tinubu, his ruthlessness when it comes to chasing power is unrivaled. Many years ago, Tinubu went as far as employing forensic experts to prove cases at tribunals and he is someone that can go to any length to get what he wants. The truth is that a desperate Tinubu can even clone the PVCs and manipulate the Bimodal Voter Accreditation System (BVAS) to rig the polls. What makes Nigerians think that a man who hired one of the best strategists in David Axelrod will not hire the best hackers in the world to make the INEC machines to dance to his tune? Just a few days ago, even the Independent National Electoral Commission (INEC) confirmed that it had it on good authority that certain political actors were going round the country buying Permanent Voters’ Cards (PVCs), and financially inducing prospective voters to collect the Voter Identification Numbers (VIN) on their PVCs. What are these moves for? The truth remains that, just like Nigerian armed robbers, who are always ahead of the police, the Nigerian politicians appear to be ahead of the INEC and the electorate hence they are constantly coming up with ideas on how to edge out one another at the poll. How valuable would the PVC be, given these circumstances?

4.  Underage voters in the North would still be used to decide the collective future of Nigerians. It is no longer news that kids aged from 7-15 have been registered in their millions in areas mostly in the Northern part of the country. Palm kernel and oyster shells have been ‘captured’ as human beings by card readers, as have fishes, trees, cows, and foreigners. How well can the PVC revolution perform against these well-structured anomalies? The earlier people realise these realities and start insisting that the country be restructured, the better for everyone. Nigerians cannot afford to reinforce another failure by voting in a flawed system.

In conclusion, while the zeal and tenacity of Nigerian youths should be celebrated, it should however be channelled. Instead of wasting the next eight months running campaigns that would amount to no meaningful change in the end, the energies can be channeled to the National assembly to force the legislators to restructure the country to reflect equity, fairness, and justice. This is the only way out of the quagmire which only deep thinkers would appreciate.  Nigerians must get it right this time.