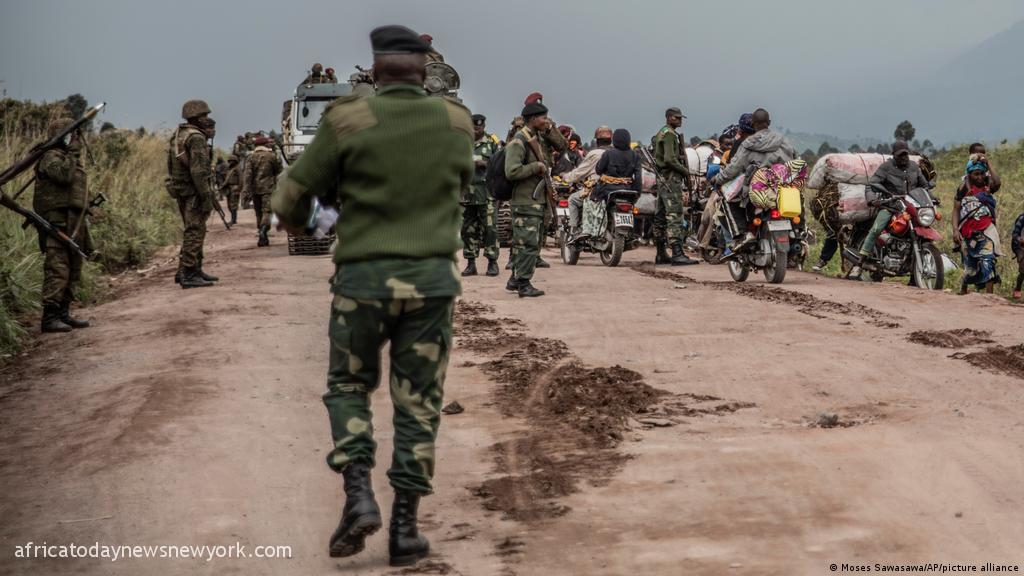 The presidents of the Democratic Republic of Congo and Rwanda late Wednesday held ‘open-minded’ talks as both countries looked to tame the increasing tension over violence in eastern DR Congo.

Following the meeting which was held in Angola, DR Congo’s President Félix Tshisekedi revealed that he and his Rwandan counterpart Paul Kagame had reached serious agreements to restore trust and de-escalate tension in the area.

Africa Today News, New York reports that Angolan President João Lourenço has been mediating the talks for a while. He announced a ‘ceasefire’ without giving any details.

‘I am pleased to announce that we have had positive results, in our view, in that we have agreed on a ceasefire, among other measures,’ he said at the end of the talks.

There have been diplomatic tensions between the two neighbours – with DR Congo accusing Rwanda of backing a Tutsi militia known as the M23. Kigali denies this.

On Wednesday there were handshakes between the two leaders and some optimism – judging by the Congolese president’s comments.

Mr Tshisekedi said he and Mr Kagame had agreed to normalise diplomatic relations which have been extremely tense in recent weeks.

He also mentioned the immediate and unconditional withdrawal of the M23 rebel group from its positions in eastern DR Congo.

Quite how that will be achieved was however very unclear.

One of more than 120 armed groups active in eastern DRC, the M23 briefly captured the city of Goma in North Kivu in 2012 before being crushed in a joint offensive by UN troops and the Congolese army.

The M23 took up arms again last November after accusing the Congolese government of failing to respect a 2009 agreement under which the army was to incorporate its fighters.

The DRC accuses Rwanda of abetting the rebels — a charge that Rwanda denies — and both countries accuse the other of carrying out cross-border shelling.

Bilateral ties have been strained for years, dating back to the mass arrival in the eastern DRC of Rwandan Hutus accused of slaughtering Tutsis during the 1994 Rwanda genocide.

Africa Today News, New York recalls that last month, East African leaders agreed to set up a regional force to end the security crisis in the east of the DRC, a vast country the size of continental western Europe.