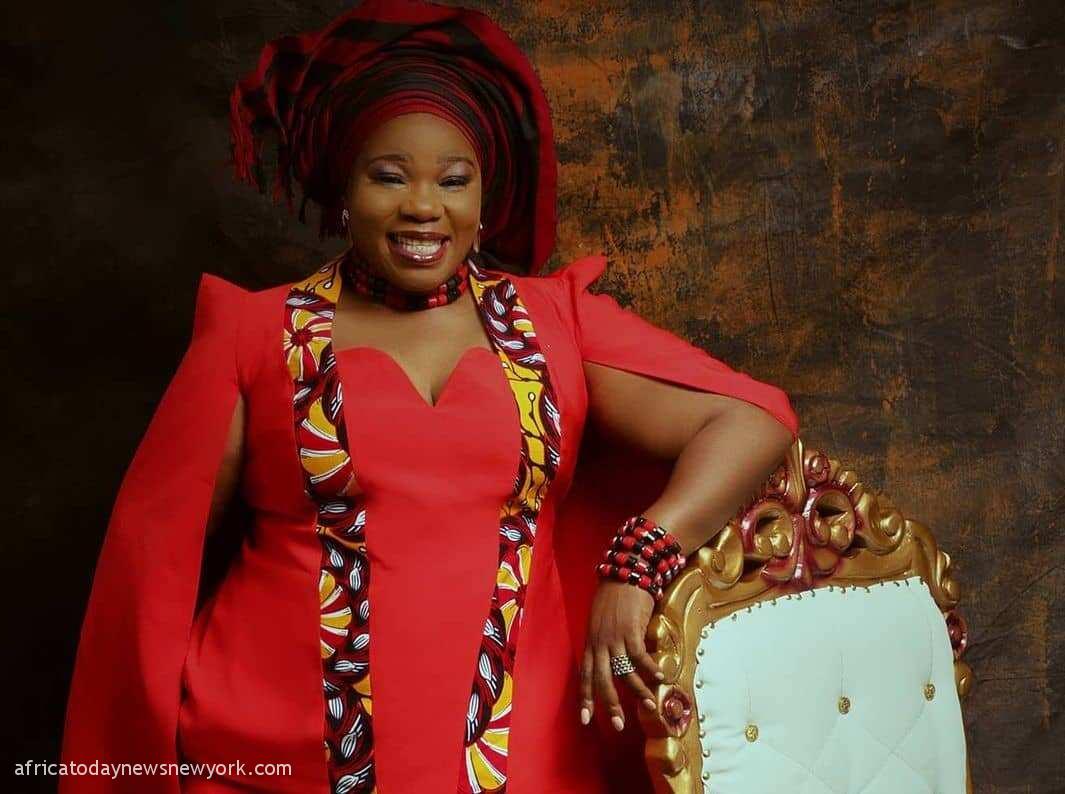 The breaking news of the sudden demise of the veteran Nollywood actress, Ada Ameh, has left fans and colleagues in the Nollywood industry in shock and pain.

The actress, who is well known for her popular role as Emu in Africa Magic family sitcom drama, The Johnsons had kicked the bucket on Sunday night.

Fans and well-wishers have continued to pour in their condolence message as to what has been seen as a major heartbreaking event for numerous Nollywood enthusiasts.

She had been previously suffering from grief and depression as a result of the death of her family.

Ameh had previously stated that she had gotten pregnant at the age of 13 years old because her peers introduced her to sex early.

In a 2021 interview with media personality Chude Jideonwo, the actress revealed that her peers influenced her, which led her to get pregnant at the early age of 13. When asked about the cause of her early pregnancy, she said,

“It wasn’t my parents. I was influenced by my peers. They introduced me to ‘early sex’. One thing led to another, and I got pregnant.

“The most beautiful part is that, on my 15th birthday, my baby was barely five months old. I was marched out of the Barracks.”

Ameh stated that she took to alcoholism during that period because she felt she had gotten her independence already.

Despite her early motherhood, the actress, in October 2020, lost her daughter, Aladi Godgift, who was over 30 years old.

Aladi had died after an unsuccessful surgery in Abuja, and in October 2021, the bereaved mother visited her daughter’s grave site to mark her one-year remembrance.

“One thing that was not easy for me was that I allowed my daughter to leave for Abuja. The day I made that mistake was the day I left her to leave the house. I’ve lived with that guilt all my life.” Ameh had disclosed.

In June 2022, the actress opened up about her mental health challenges.

“Everything is going to be fine. I have an issue right now, and it’s taking my life. I will not die. We will get over it,” Ameh had said in a video on her Instagram page.

The actress explained that she was given a job but could not carry it out because she was undergoing mental issues.

She said, “I was given a job, but I didn’t do the job because I had mental issues. Will people understand when you say you have mental issues? They won’t. They’re slamming me with a bill, suing me. It’s okay.”

Appearing on TVC’s Your View on July 1, 2022, her last interview, the actress revealed that she suffered max depression even before her daughter’s death, but it worsened after she lost her child.

“I had depression, max depression. I’ve been depressed for some years, and it worsened when I lost my daughter in 2020. We practically grew up together. She was like my younger sister,” Ameh had said.

She also noted that she had lost seven of her family members before losing her daughter.

“I had lost three sisters before that time, and each had three children. I’ve lost three of my brothers and my father. So after mourning all these people, and then (I lost) my daughter,” the actress said.

She said, “When my daughter died, my world crumbled before me, and sometimes, I see myself crying for days.”